Visit to the "Patro" of Ottawa (Paroisse Sainte-Anne) 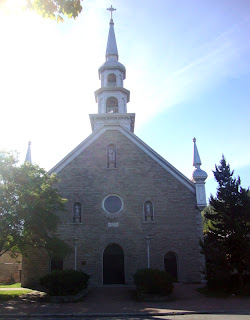 Yesterday, I presided at the installation of frere Edouard Ntiyankundiye, c.b.y. as the administrator of Paroisse Sainte Anne in Lower Town.

We had thought that the church, which suffered the collapse of its west transept in spring 2009 and recently has been undergoing repairs, would have been the venue for this service when planning began for it earlier in July.

Initially, hopes had been raised that parishioners would be able to return for Sunday Mass on August 15.

However, City of Ottawa inspectors recently expressed ongoing concerns about safety issues for those entering the church. So occupancy of the church by parishioners has been put off yet again; it is hoped occupancy can be restored by the early fall.

The church, built in 1873 and possessed of a heritage site designation, is no longer completely surrounded by the barrier of a fence, but some parts of the grounds are off limits as repairs continue.

Scaffolding is visible next to the rectory: 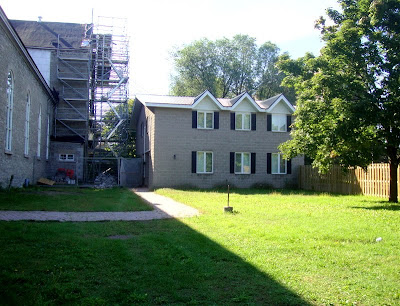 The new parish priest's ministry was duly inaugurated and a reception was held in the Patro d'Ottawa, near the church, where Lord's Day Masses and Feast Days have been celebrated since the church was closed to parishioners last year. 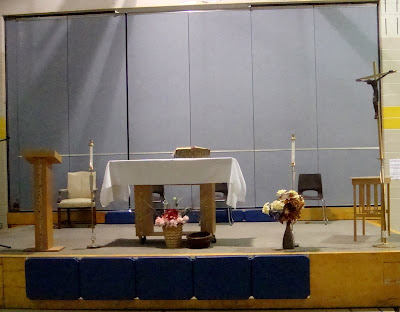 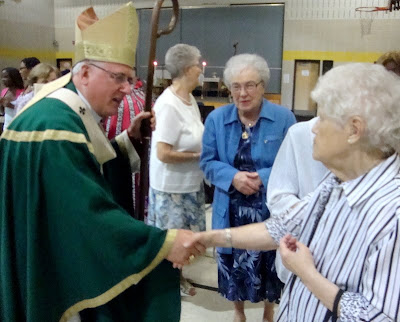 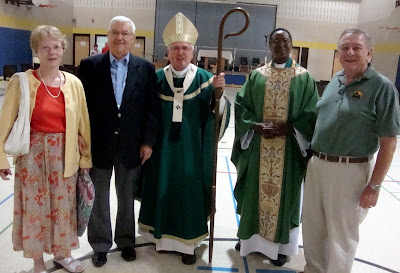 Now, it is my hope to return for a Thanksgiving Mass to celebrate the return of parishioners to their church, once inspectors give the green light indicating all is safe.
Posted by Archbishop Terry at 7:19 AM