OM: St. John Eudes -- Mosaika, Sound and Light about Canada in the Capital 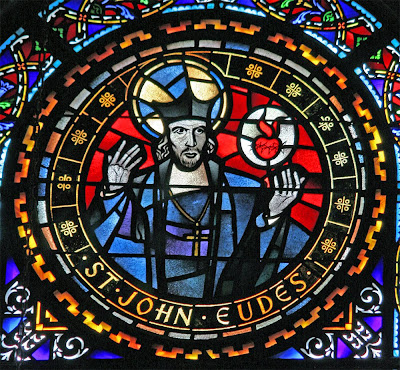 Today's Optional Memorial celebrates John Eudes, who was born in 1601, in the village of Ri, in Normandy, France. After completing his studies at the Jesuit College in Caen, he entered the Congregation of the Oratory of France, founded in 1611 by Cardinal de Bérulle.

Accepted by the founder himself on March 25, 1623, John Eudes was ordained to the priesthood on December 20, 1625. During that time, he assimilated the Christocentric spiritual thought of de Bérulle and shared his enthusiasm for "restoring the priestly order to its full splendor". Imbued with this spirit, as an apostolic missionary, he evangelized many towns and cities of Normandy, Ile-de-France, Burgundy and Brittany.

He recognized the pressing need for contributing to a reform of the clergy, and founding a seminary at Caen appeared to him as indispensable. To do so, he left the Oratory and, on March 25, 1643, with a few other priests, founded a congregation dedicated to the spiritual and doctrinal formation of priests and candidates to the priesthood, while pursuing the work of parish missions. Other seminaries were soon added to the one at Caen. Thus, the Congregation of Jesus and Mary was born.

A man of accomplishments, he also founded the Order of Our Lady of Charity to provide haven and assistance to women and young girls mistreated by life.

He brought people to love Christ and the Virgin Mary by speaking tirelessly about their Hearts, the sign of the love God shows for us and the communion to which we are called.

Moreover, through his many writings, he helped spread the spiritual teaching of his masters who were members of Bérulle's Oratory, while giving it his own personal touch to the point where he came to be regarded as a spiritual master in his own right.

The Eudists: After the death of its founder, the Congregation continued to develop. On the eve of the French Revolution (1789), Eudists directed some fifteen seminaries as well as a few colleges and parishes.

The Revolution closed the houses and scattered the Fathers. Four of them, including François-Louis Hébert, coadjutor to the Superior General, were martyred in Paris and beatified in 1926.

Slowly and with great difficulty, the Congregation was restored in 1826 by one of its former members, Father Pierre Blanchard. The Eudists then concentrated their efforts on the urgent task of providing Christian education in colleges.

From 1883 on, the opening of several seminaries in Colombia made it possible for them to resume the traditional work of their society. In 1890, they settled in Canada (www.eudistes.org).

O God, who wonderfully chose the Priest Saint John Eudes to proclaim the unfathomable riches of Christ, grant us by his example and teachings that growing in knowledge of you, we may live faithfully by the light of the Gospel. Through our Lord.

Mosaika – Sound and Light Show: Canada through the eyes of its people 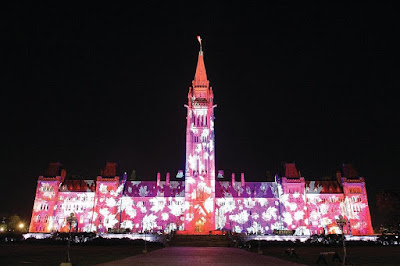 A couple of nights back, I wandered over to Parliament Hill to take in the new sound and light show that uses the House of Commons and the Peace Tower as its backdrop. Like many Ottawa residents I had not gone before because "I can go anytime". A visitor from out of town gave it a glowing recommendation. 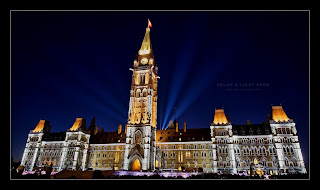 Truly, it takes light and sound technology to an extraordinary new level, one that literally keeps everyone in awe, drawing applause at its close.

Mosaika is the story of Canada – our story. A powerful narrative set against the spectacular backdrop of Parliament Hill, Mosaika takes the audience on an unforgettable journey of sound and light, as we explore Canada’s physical, historical and cultural landscapes.