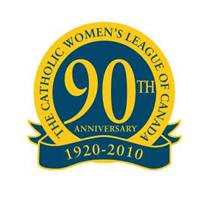 The Catholic Women's League of Canada begin their 90th Annual National Convention at the Crowne Plaza Hotel here in Ottawa; the formal opening liturgy will take place in St. Patrick's Basilica this afternoon at 5 o'clock; there will be a solemn closing liturgy in Notre Dame Cathedral on Wednesday afternoon at 5PM.

On Friday evening, I welcomed the executive members from across Canada and members of the local planning committee for a reception at my residence. 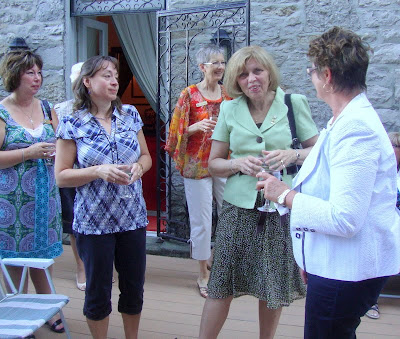 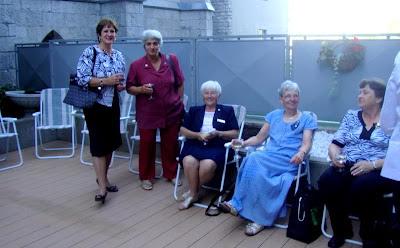 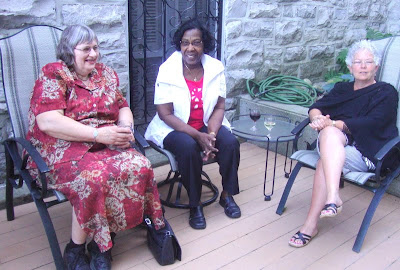 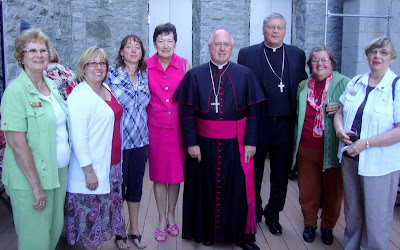 In the eleventh chapter of the Epistle to the Hebrews, the words 'by faith' appear 18 times. This rhetorical device of the ancient world, by which a word or phrase was repeated at the beginning of successive prose clauses or verses of poetry, is known by the technical term anaphora. It was used to impress a theme on the reader or hearer's consciousness.

This brief treatise on faith persuades by its selection and arrangement of persons, events, places and relationships. Unfortunately, the cumulative effect of the passage loses some of its impact by being abbreviated for liturgical use to less than half of its original length. 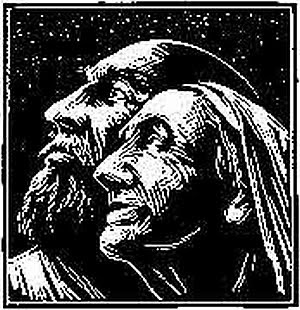 The first verse begins with a rhetorical flourish that sets the mood for the whole passage: 'Now faith is the assurance of things hoped for, the conviction of things not seen'.

The Revised English Bible spells out what is unsaid, translating as follows, 'faith gives substance to things hoped for, convinces us of things unseen'.

Though it bears repeating as a refrain in the same way as the words 'by faith', this definition does not say all that believers can about faith. For faith cannot be separated from hope; indeed, it is best expressed by terms such as 'assurance', 'endurance' or 'firm hope in the promises from which we do not shrink back' (cf. Hebrews 10:36-39). At times, faith means 'trust' or 'belief'; on other occasions, faith's qualities of 'loyalty' and 'faithfulness' come to the fore.

The extract in this Sunday's liturgy skips over the creation of the world ('by faith we understand that the worlds were prepared by the word of God so that what is seen was made from things that are not visible') and protagonists of the primeval history (Abel, Enoch and Noah). It passes over the history of the patriarchs (Isaac, Jacob and Joseph), the heroes who followed (Moses, the people of the Exodus and Rahab) and other giants (Gideon, Barak, Samson, Jephthah, David, Samuel and the prophets) that lack of time kept the author from mentioning, except in terms of what they endured (11:20-40).

The result of the digested version of salvation history found in today's second reading is that the emphasis falls exclusively on Abraham and Sarah, who model what faith means to Christians.

We are told that Abraham did not know where he was going, for it was only when he got to Canaan that he learned it was to be the inheritance he was promised. The sacred writer advances a Christian interpretation of Abraham's hope, claiming that it was eschatological, not realizable by a piece of real estate but only by heaven. Abraham and his family, while living in tents, anticipated that permanent city with sure foundations, 'whose architect and builder is God'.

The second feature of Abraham's story is the birth of Isaac, wherein faith overcame old age and sterility ('by faith Sarah herself, though barren, received power to conceive').

The recital of Abraham's achievements gets interrupted by a reflection on the meaning of faith. The homeland of heaven toward which the patriarchs looked in faith empowered them to confess that 'they were strangers and foreigners on the earth'. Here the writer of Hebrews shows that God's purpose has a larger context, one fulfilled in Christ. 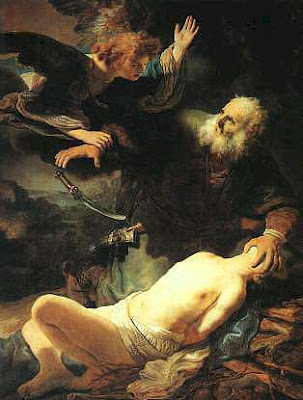 n the Mediterranean culture, the foreigner often had to endure disgrace, verbal abuse and a lower economic or social status. Since the faithful regarded themselves as pilgrims on this earth, God gave them approval ('God is not ashamed to be called their God').

The climax of Abraham's saga was the binding of Isaac on the mountain in which he 'offered up Isaac'. The statement is told in the Greek perfect tense, indicating an accomplished fact, but afterwards in the imperfect tense, indicating something begun and not completed. In other words, Abraham was in the process of offering his son to God when he was interrupted. Still, by faith Abraham passed God's test.

Abraham's faith found its supreme expression when 'Abraham considered the fact that God is able even to raise someone from the dead--and figuratively speaking, he did receive Isaac back'. Foreshadowed here is not only Christ's resurrection but also the vindication of all God's faithful ones, that is all those disciples who live 'by faith'.

Though its appearance on Sunday means the feast of the great St. Dominic is not observed this year, best wishes go out to all Dominicans, particularly those present in Ottawa at Dominican University College & Couvent et Paroisse St-Jean Baptiste directed by the OPs.

The saintly founder of the ORDER OF PREACHERS 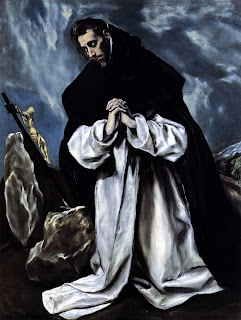 The founder of the Friars Preachers was born of a Castilian family,and his early years were uneventful. When he was about twenty-six he became one of the canons regular who formed the cathedral chapter at Osma; in 1206 the turning-point of his life came, when his bishop, Diego, became unofficial leader of a papal mission to the heretical Albigenses, who werefirmly established in Languedoc.

The bishop chose Dominic as his companion; they lived simply and in poverty, and undertook discussions with their opponents for which they prepared very carefully. These methods contrasted with the formality and display of the official missioners, and a house of nuns founded at Prouille became the center of the new preachers.

The death of Bishop Diego at the end of 1207 coincided with the murder of the papal legate Peter de Castelnau by the Albigenses, and Pope Innocent III ordered a military campaign against their leader, Count Raymund of Toulouse. There followed five years of bloody civil war, massacre, and savagery, during which Dominic and his few followers persevered in their mission of converting the Albigenses by persuasion addressed to the heart and mind.

In 1215, Dominic was able to establish his headquarters in Toulouse,and the idea of an order of preachers began to take shape: a body of highly trained priests on a monastic basis, bound by vows with emphasis on poverty, but devoted to the active work of preaching and teaching anywhere and everywhere. The enterprise was formally approved at Rome in 1216, and in the following year the founder sent eleven of this brothers, over half the then total, to the University of Paris and to Spain. He himself established friaries at Bologna and elsewhere in Italy, and travelled tirelessly to superintend the nascent order, preaching as he went.

St. Dominic always gave importance to the help of women in his work; one of his last undertakings was to install nuns at San Sisto in Rome; another was to send thirteen of his friars to Oxford.

All the evidence goes to show that St. Dominic was a man of remarkable attractiveness of character and broadness of vision; he had the deepest compassion for every sort of human suffering; he saw the need to use all the resources of human learning in the service of Christ; his constant reading was St. Matthew's gospel, St. Paul's letters and the Conferencesof St. John Cassian.

The order that he founded was a formative factor inthe religious and intellectual life of later medieval Europe; its diffusion is now world-wide. This saint's emblems are a star and a dog with a torch in its mouth (from Donald Attwatter, The Penguin Dictionary of Saints, Penguin Books, 1963).

May Saint Dominic come to the help of your Church by his merits and teaching, O Lord, and may he who was an outstanding preacher of your truth be a devoted intercessor on our behalf. Through our Lord.
Posted by Archbishop Terry at 7:00 AM