Father William J. Nugent, diocesan priest and former teacher at St. Pius X High School passed away on August 23. He is survived by his beloved sister Anne; loving uncle to John Nugent and to Sharon and her husband Bruce Holmes; special friend to his great-nephew Jordan Holmes. He was predeceased by his siblings Katherine, Jack and Mary.

Fr. Bill Nugent was born in Millbank, New Brunswick on July 26, 1931 to the late William and Christie Nugent. He spent six years with the New Brunswick public school system as the administrator of the new regional school districts in Eastern New Brunswick. He entered St. Paul University Seminary in September 1958, and was ordained a priest for the Diocese of Saint John on June 3, 1962. He exercised parish ministry in Saint John for two years and then taught at the college level for four years.

In 1968, Fr. Nugent came to work in Ottawa. He taught at St. Pius X High School for 21 years. During these years, he spent most summers replacing padres on air force bases across Canada. He was chaplain to the 30th Field Regiment at Dows Lake for several years. He spent the next years temporarily replacing pastors in Ottawa, Kingston and Cornwall when they were absent and summer replacement in Shediac, N.B.

Visitation will take place today, August 28, at Resurrection of Our Lord Parish, 1940 Saunderson Drive, after 10 a.m. The concelebrated Mass of Christian Funeral Thursday will take place at 11 a.m., with interment following in Hope Cemetery.

In memoriam donations to Shepherds of Good Hope, Canadian Cancer Society or a charity of choice are greatly appreciated.

Requiescat in pace.
Posted by Archbishop Terry at 6:03 AM No comments: 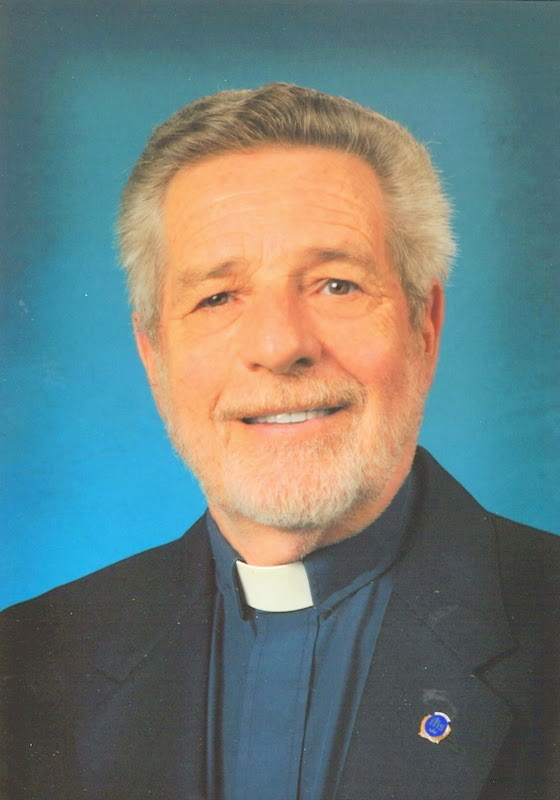 Father Michael O’Donnell, S.J., died on August 5, 2014 in the 77th year of his life and the 56th year of religious life in Pickering, Ontario; he had been a priest for 35 years.

Michael O’Donnell was born on April 6, 1938 in Montreal, Quebec, the son of William John O’Donnell and Grace Georgina Drucker and grew up in St. Augustine’s Parish.

He entered the Society in Guelph in March 1959 and followed the formation as a Jesuit Brother. He spent two years in Milford, Ohio in the Juniorate program for Brothers; following which he served in Guelph as Infirmarian.

In 1970 Michael went to Corpus Christi College in London, England to study Catechetics and a year later to Zambia to teach children. His zeal for pastoral activity enkindled, he received permission to study Theology at Regis College, beginning in 1972 and went on to priestly ordination in 1979.

Pastoral work, and parish work more particularly, became his passion at Choné House and St. Anne’s Parish in Thunder Bay; at Toronto’s Our Lady of Lourdes Parish; in Tullamore, Ireland where he prepared for Final Vows; then at St. Andrew's Parish in Thunder Bay, Canadian Martyrs’ Parish, Halifax, and St. Pius X Parish in St. John’s, Newfoundland. In all these locales Father Michael offered his service in a number of roles, including Jesuit governance: pastor, community consultor, house superior, admonitor and so on.

Michael had Irish charm and was possessed of a terrific sense of humour; he was beloved by Jesuits, family and parishioners alike. People appreciated his fine baritone voice and his musical gifts.

Michael spent the summers of his final few years working at the Shrine of the Canadian Martyrs in Midland and out of La Storta Residence in Pickering during the winter months. His departure was unforeseen and many are still in shock at his sudden death.

The wake will take place in Toronto at Rosar-Morrison Funeral Home on Friday, August 8 from 1-4 PM and at Manresa Retreat House Chapel, Pickering, that evening from 7-9 PM (with a prayer service at 8PM).

The Funeral Mass will be celebrated at the Church of Our Lady of Lourdes, Toronto on Saturday morning, August 9, at 10 o’clock, with burial at the Jesuit Cemetery, Guelph, that afternoon at 12:30.