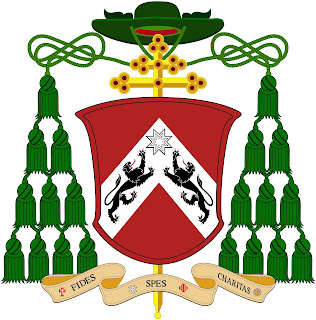 
The Latin motto – FIDES SPES CHARITAS – is drawn from the conclusion of Saint Paul’s hymn to love in the First Letter to the Corinthians:  “Now faith, hope, and love abide, these three; and the greatest of these is love” (13:13).   The deep red colour of the shield symbolizes love, strength and faithful service, while the scroll contains the armorial bearings of four of the various distinctions conferred on Archbishop Bettencourt: Commander of the Military Order of Christ (Portugal); Conventual Chaplain Grand Cross ad honorem of the Sovereign Military Order of Malta;  Commander of the Equestrian Order of the Holy Sepulcher of Jerusalem;  and Insígnia Autonómica de Reconhecimento of the Azores.
Posted by Archbishop Terry at 6:15 PM 182 comments: 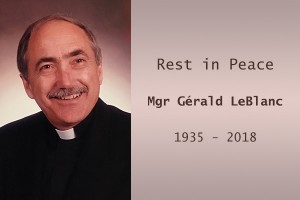