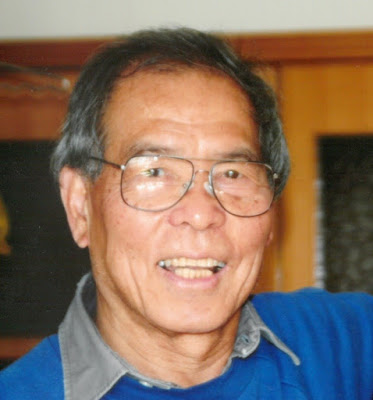 Posted by Archbishop Terry at 3:00 PM No comments: 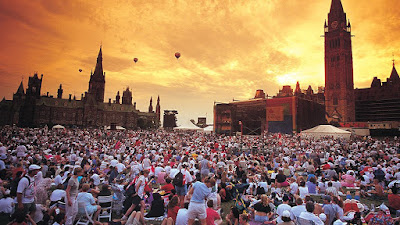 We are blessed to live in a beautiful country with valiant fellow citizens. But, more than ever, Canada needs to hear the Gospel from missionary-disciples like you.
These Scripture readings are from the ferial Mass for today and offer us striking contrasts. They speak to Canadians today. Amos gives a powerful message of judgement, in which God seems to disown a relationship with an Israel that had spurned divine laws. The gospel depicts Jesus eating with sinners to fulfill what God said through another prophet.
Hosea said that God “desires mercy not sacrifice” or rather “desires an interiorly broken heart more than the fulfilment of external sacrificial rituals.” God wants an interior disposition of repentance and contrition in an authentic religious act. He doesn’t want a gesture empty of devotion.
Both these readings speak to a Canadian Catholic’s current sentiments about our homeland. We have witnessed the noble acts of many Canadians. We have only to think of our recent welcome to refugees from Syria, Iraq, and elsewhere. Or the many efforts to heal the injustices perpetrated against the Native Peoples of Canada, revealed in the report of the Truth and Reconciliation Commission last year.
But, on the edges of our society, there is a penumbra of darkness. The Supreme Court decided we have a right to be put to death. The child in the womb does not have a legal right to life. Other issues trouble a disciple of Jesus, relating to personal autonomy in matters dealing with sexuality, the notion of marriage, adoption, divorce, and the legalization of drugs. All are at odds with the divine guidance God offers in the Bible.
A zealous prophet, Amos, warned that if the society in which he lived did not change, it had no future but destruction. The Israelites’ obstinate social injustice and disobedience to God’s precepts would result in a shortage of meaning, a famine for the word of God, a complete break with God’s wisdom.
Yet, in the Gospel, Jesus signalled that the blessings of God’s kingdom would reach beyond Palestine. It would extend to the ends of the earth. Jesus called a non-observant Jew, the tax collector Matthew, to be an apostle. Jesus can save anyone, even foreigners and our fellow citizens who seem unconcerned about flouting God’s laws.
The Scriptures may not give us detailed directives, but they provide the basis for all moral choices. The purpose of religion is to unite us with God during all the transitions of our lives, including the recent ones in Canada.
Amos preached his message in the eighth century B.C. It was a time of apparent peace. Increasing prosperity seemed assured. The northern kingdom dreamed of grandeur to come, especially in Samaria. Beneath the superficial calm, however, a social cancer lurked.
Into this “dream world,” Amos came preaching a social gospel rooted in a radical faith in God alone. To those who lacked a social conscience, Amos promised the first place in the coming deportation. They ought to have cared for the poor. God said their indifference had a consequence.
The positive side of Amos’s proclamation foreshadowed that of the gospel of Jesus. Over and over in the prophets, God had declared dissatisfaction with the sacrifices offered by hypocritical worshippers. Their conduct blatantly contradicted the demands of the covenant. Only if they lived out covenantal fidelity—goodness and mercy—could their sacrifices be acceptable to God. He asserted, “I desire steadfast love [i.e., mercy, kindness, goodness] more than [empty] sacrifice.”
Jesus’ mission springs from mercy, not merit. No one is so lowly as to be outside Jesus’ concern and call. Not even the tax collector, despised in his time for collaborating with the Roman occupying force, was beyond our Lord’s mercy.
Matthew’s thanksgiving banquet represents the gospel joy in a person after they surrender to Jesus’ call. The church in every age calls sinners to accept the healing that Jesus liberally offers. That is our great challenge to evangelization in Canada today.
Jesus describes himself as the “Divine Physician,” ready to heal all broken by sin and the hurts of life. He said, “Those who are well have no need of a physician, but those who are sick.” Only the self-satisfied exclude themselves. “I have come to call not the righteous but sinners.”
Let’s review. Amos announced a looming crisis for Israel. For ignoring social justice, God would drive the people from the land of promise. In contrast, out of profound compassion, Jesus called Matthew, a despised tax collector, to join his inner-circle. Both of these messages are from God.
Jesus ate comfortably with sinners. The Church saw in this a cue to reach beyond Israel and those who kept the Law of Moses. To paraphrase Amos, the gospel was to move “from sea to sea.” We must share the Gospel of Life across Canada “a mari usque ad mare.”
*****