Today the Church recalls the first century Saint Bartholomew, one of the Twelve Apostles. All that is known of him with certainty is that he is mentioned in the synoptic gospels and Acts as one of the twelve apostles.

Bartholomew's name is a patronymic and means "son of Tolomai"; scholars believe he is the same as Nathanael mentioned in John, who says he is from Cana and that Jesus called him an "Israelite...incapable of deceit." 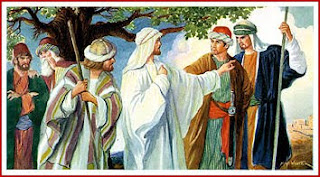 The Roman Martyrology says he preached in India and Greater Armenia, where he was flayed and beheaded by King Astyages. Tradition has the place as Abanopolis on the west coast of the Caspian Sea and that he also preached in Mesopotamia, Persia, and Egypt (from Catholic On Line [www.catholic.org]).

Strengthen in us, O Lord, the faith by which the blessed Apostle Bartholomew clung wholeheartedly to your Son, and grant that through the help of his prayers your Church may become for all the nations the sacrament of salvation. Through our Lord. 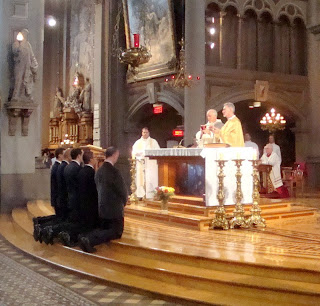 On Sunday, I attended the First Vows of five Jesuits who are completing their two-year novitiate in Montreal.

The Mass in the Church of the Gesu was presided by the new Jesuit Provinical of the Province of French Canada and Haiti, Pere Jean-Marc Biron.

Concelebrating with him were the English Canada Provincial Father James Webb and Jesuits from the two provinces.

The homilist was the director of novices, Father Erik Oland.

Following a Jesuit tradition begun at Montmartre in Paris on August 15, 1534 by St. Ignatius Loyola, St. Francis Xavier and their early companions, the vows are pronounced before the Eucharistic Lord immediately prior to Holy Communion (in that case, the presider was the only priest of their group Blessed Pierre Favre). It brought back happy memories of my First Vows on August 15, 1963. 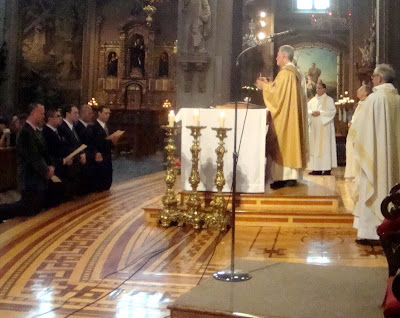 At the close of Mass, the vovents received their "Vow Crucifix" from their respective provincial superiors. 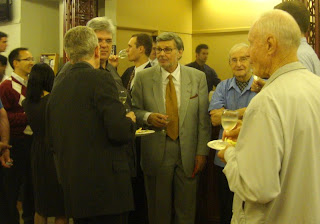 A reception followed in the conference hall below the church: 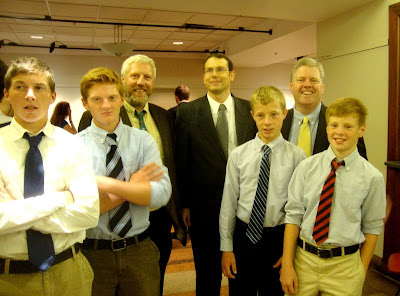 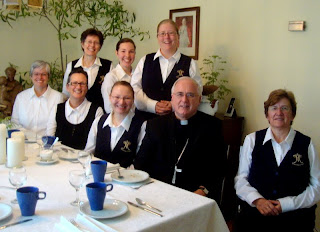 Members of a newly forming religious institute, under the patronage of Our Lady's title "The Queenship of Mary" celebrated their feast day on Sunday in their new quarters at Our Lady of Mt. Carmel's Parish House. They fed some 250 friends and benefactors in the parish hall after Mass.

As I could not attend, I presided at Mass yesterday as they began a week of intensive retreat and reflection on establishing their charism and its embodiment.

Following Mass, I was guided on a tour of their new quarters, then shared a coffee break and delighted in hearing recent news. 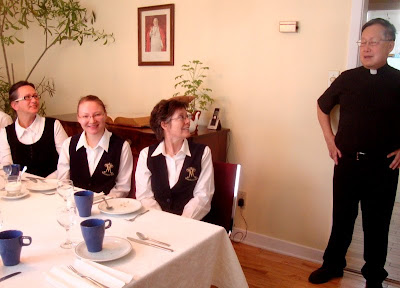 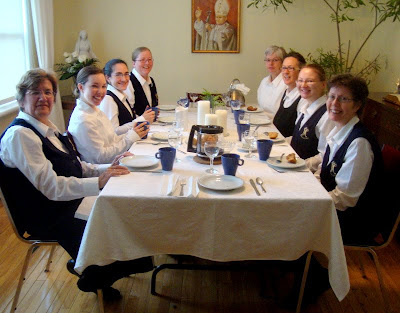 Posted by Archbishop Terry at 7:23 AM