21st Sunday: "Strive to enter by the narrow door" - The Queenship of Mary

Some years ago, while crossing the university campus where I worked, I was approached by a young person who asked whether I had been saved? "Yes, I believe I have..." I replied, then hurried on. As I walked away, I thought of the many nuances I would need to add to explain what was involved in saying "yes".

Many have had the same issue put to them at their doorstep or at the mall by evangelists who ask such questions as, "have you accepted Jesus as your personal Lord and Saviour?" And the coming of the year 2012--with the Mayan prophecy of the end of the world that year--will surface concerns among many about who or how many will be saved. 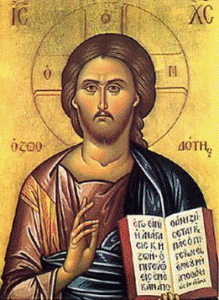 In other words, things have not changed much since the time of Jesus. When people had been suggesting that perhaps nothing much would become of His movement of renewal in Israel, Jesus told two parables of God's Kingdom (Luke 13:18-22).

Though a mustard seed is the smallest it soon becomes a tree in which birds may nest. Once a tiny bit of leaven is mixed in with three measures of flour it soon leavens the whole batter. Discerning His message, someone asked Jesus, "Lord will only a few be saved?"

Typically, Jesus' answer was parabolic. The door is narrow. The owner of the house will refuse entry to many who presumed they had been invited. Still others from a long way off, however, will gain admission.

Faced with these facts, what is a disciple of Jesus to do? "Strive to enter through the narrow door". Jesus invited His hearers to "strive", a word used of athletes as they discipline themselves to win a competition. Though the Kingdom is God's gift, people must vigorously engage themselves in the process of their own salvation.

Paul summarized the paradoxical nature of salvation when he urged the Philippians to "work out your own salvation with fear and trembling, for it is God who is at work in you, enabling you both to will and to work for his good pleasure" (2:12-13).

Jesus engages His hearers by inviting them to imagine themselves outside a shut door. "You begin to stand outside and to knock at the door, saying 'Lord, open to us'". All of a sudden, the disguise is dropped and Jesus is revealed as the householder. He will say to the Galileans and Judeans of the first century, "I do not know where you come from; go away from Me all you evildoers".

Then, people will claim association with Jesus, "We ate and drank with You, and You taught in our streets". True companionship with Jesus, however, involves living by faith in God. So Jesus asked people to imagine themselves cast out where "there will be weeping and gnashing of teeth" that they might have a change of heart, accept His message, and enter the end-time Kingdom.

When the Kingdom comes fully, many in Israel or the Church, who presumed themselves included, will be surprised to find themselves outside. By contrast, gentiles, the poor and outcast--whom others might have thought excluded--"will come from east and west, from north and south, and will eat in the Kingdom of God".

In reply to the question, "Lord, will only a few be saved?" Jesus effectively answered "no". But His reply challenges each person with a counter-question, "will the saved include you?"

God's saving design for the whole world, proclaimed by Jesus, was beautifully foretold in the closing words of the Book of Isaiah. God's purpose is to take people from every nation, commissioning them for priestly service to the divine praise and glory.

The challenge in following Jesus was combined with a message of encouragement in the Epistle to the Hebrews. The author argued that God's discipline which comes upon Christians as they follow Jesus' way may seem painful at times. But each should realize that such trials are like the discipline which a parent gives a child and are signs of love and acceptance.

Finally, divine discipline yields an abundant harvest of righteousness. Therefore, Christians are exhorted to lift up their drooping hands and strengthen their weak knees "so that what is lame may not be put out of joint but rather be healed".

THE QUEENSHIP OF MARY

Though not observed liturgically this year, today is the octave (eighth day following) of the Assumption of Mary and known as the day on which Mary is honoured as Queen of Heaven, Queen of the Angels and the Saints. 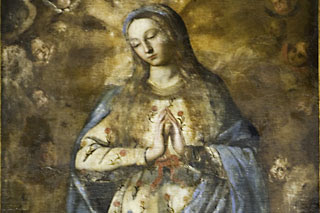 O God, you have given us the mother of your Son to be our queen and mother.
With the support of her prayers, may we come to share the glory of your children in the kingdom of heaven. Through our Lord Jesus Christ.
Posted by Archbishop Terry at 7:22 AM