Around the year 180 B.C., Jesus the son of Sirach, gave instruction on wisdom to the youth of Jerusalem. His counsels and maxims told how one could become a success in life. How one could please God and other people.

Modesty and humility were part of the ideal toward which the would-be wise person aspired. For these virtues were a reflection of Israel's God who had chosen to be close to the poor and needy ("Father of orphans and protector of widows is God in His holy habitation. God gives the desolate a home to live in; He leads out the prisoners to prosperity").

Sirach pointed out that the humble person "will be loved by those whom God accepts". Within God's household, then, all should come to share a single outlook. Sirach's principle was: "the greater you are the more you must humble yourself; so you will find favour in the sight of the Lord".

Gospel humility is not the fawning humility of a Uriah Heep in Dickens's David Copperfield. Rather, true humility is that which acknowledges one's primary status as that of a creature of God. Each person is made in the divine likeness and constantly receives all good things from God: life, abilities, achievements, all that one has come to have and possess ("to the humble the Lord reveals His secrets").

Therefore, no one claims talents or endowments--or the achievements which these allow one to accomplish--as anything other than divinely-bestowed gifts, to be used for God's glory. The honour or status that a person receives through recognition by others is put into true perspective only when one realizes that the only true standing is that which one has in the eyes of God. 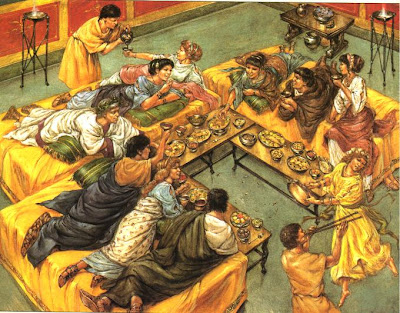 In the ancient world, meals were important social ceremonies where little was left to chance. In Luke's gospel, we find observations that people noted where and with whom one ate (5:29-30), whether one performed hand-washing rituals before meals (11:38) and where one sat to eat.

Pliny the Younger's Letters critiqued the meal etiquette of his day, noting that the amount and quality of food depended on how close one sat to the host: "some very elegant dishes were served up to himself and a few more of the company; while those which were placed before the rest were cheap and paltry".

Jesus exposed the grasping dispositions that motivated both host and guests. Though some think He simply counselled guests how to play the game more shrewdly ("so that when your host comes, he may say to you, 'Friend, move up higher'"), Jesus did not suggest the guest take a place several notches below his or her station. Instead, Jesus advised His disciples to take the "last place".

The "honour" or "glory" each would receive resided as much in God's presence as in their standing among mortals whose perspective was limited. Jesus hints at the end-time reward of heaven: "for all who exalt themselves will be humbled, and all who humble themselves will be exalted [by God]". 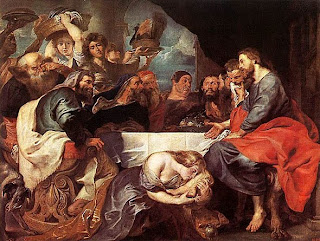 Likewise, Jesus' advice to hosts is directed at God's end-time rewards. Hosts are prone to being hooked by the reciprocity system, thinking "those I invite must invite me in return; I will benefit not only from good meals but also by the honour and status associated with the wealthy and powerful".

Gospel values require that one not invite "your friends or your brothers or relatives or rich neighbours" but "the poor, the crippled, the lame and the blind". Because these cannot repay you now, their patron--God!--will repay you at the "resurrection of the righteous".

Following the advice of Jesus means entering into a new value system where God does the rewarding and continues giving generously.

God's abundant giving also underlies the passage from Hebrews. There the Christian assembly is invited to see itself joining God's festal gathering where all share the status of "the firstborn who are enroled in heaven" and "the spirits of the righteous who have been made perfect" by the "new covenant" God established through Jesus.

This is not a frightening reality--as one might imagine the encounter at Mount Sinai was--but implies being part of an assembly permeated by joy and peace. 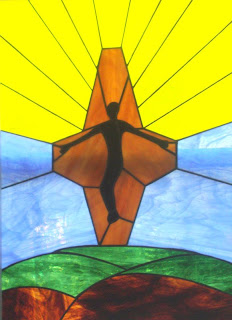 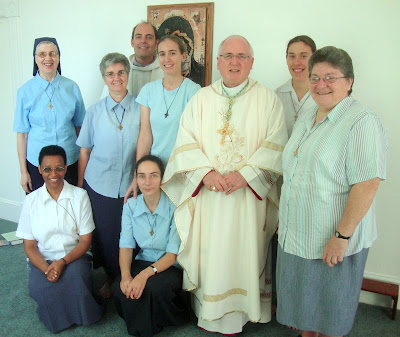 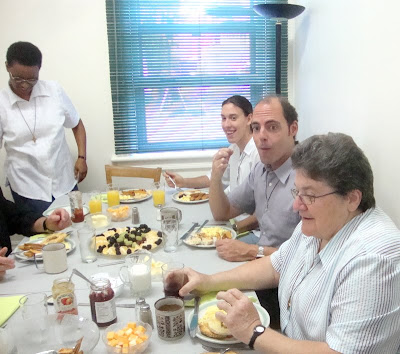 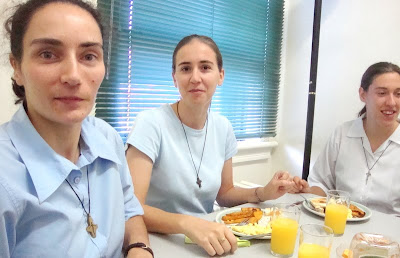 Posted by Archbishop Terry at 7:37 AM