Signs of Christmas - "O Emmanuel" - Photos from the Open House 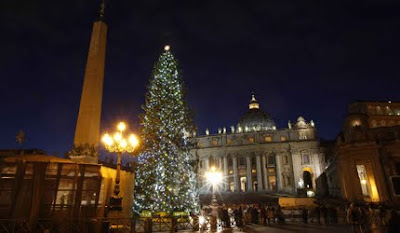 On December 18, Benedict XVI received a delegation from Wallonia, the francophone Belgian region which this year donated the Christmas tree that traditionally decorates St. Peter's Square during this period.

The tree, the lights of which were switched on that evening, is a fir from the Ardennes, one of the most wooded areas in Europe. It is thirty metres high, its trunk has a diameter of seven metres, it weighs fourteen tons and its lower branches reach a length of ten metres. The main tree is accompanied by forty-five smaller trees which will be positioned in various sites around the Vatican.

"The role of this tree", said the Pope in his address thanking the delegation from Wallonia, "is similar to that of the shepherds who, watching through the shades of night, saw how the darkness was illuminated with the message of the angels. ... Standing next to the nativity scene the tree indicates, in its own particular way, the great mystery present in the poor and simple grotto. It proclaims the arrival of the Son of God to the inhabitants of Rome, to pilgrims and to everyone who sees St. Peter's Square on television. Though this tree your land, and the faith of the Christian communities in your region, greet the Christ Child". 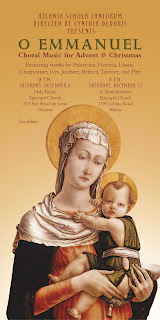 
"O EMMANUEL, our king and our lawgiver,
the hope of the nations and their Saviour:
Come and save us, O Lord our God."

The annual Christmas Season OPEN HOUSE/PORTES OUVERTES is a wonderful chance for me to meet, chat and exchange greetings for Christmas and the New Year of Grace (in this case Anno Domini 2010) with laity, religious and clergy of the Archdiocese.

This past Sunday was no exception as the following photo spread clearly shows (a hat tip to Heri Riesbeck for supplementing with his images the pix taken with my simple camera): 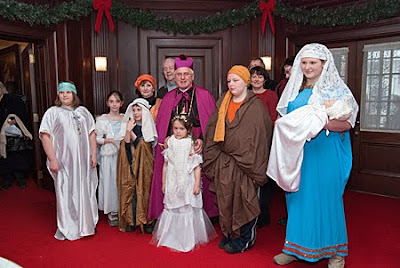 The whole Nativity Story live (well, except for the baby!) 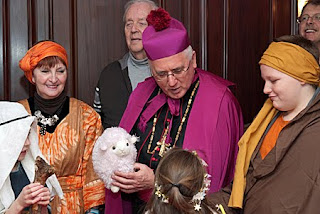 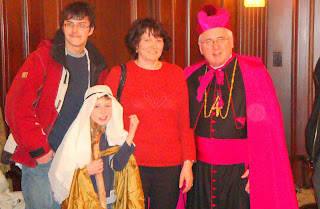 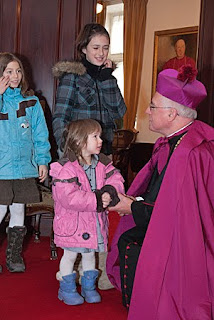 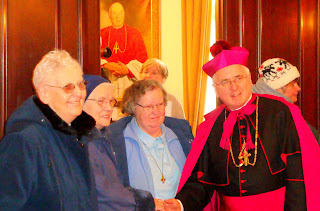 Some of the Sisters of Sainte-Marie de Namur 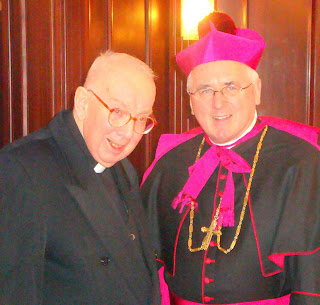 Retired Father Gerry Gahagan came dressed to the nines (not even omitting a vest!) 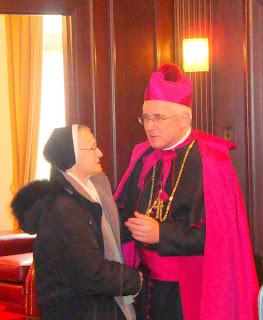 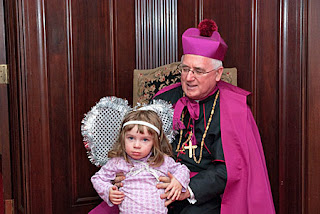 This angel practiced flapping her wings! 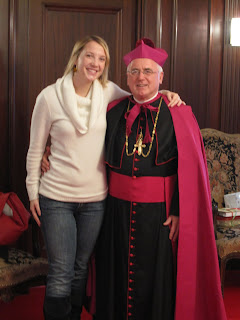 My niece Gillian who came over with a full tray of freshly-made peanut brittle; it's hard to eat only one piece... 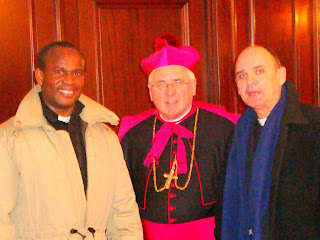 The priests, Fathers Andrew and Vernon, from Good Shepherd Parish 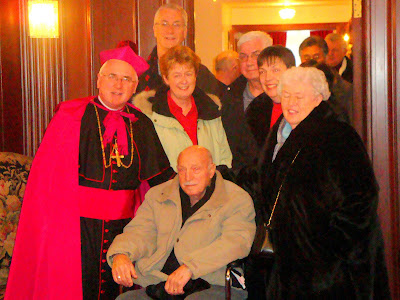 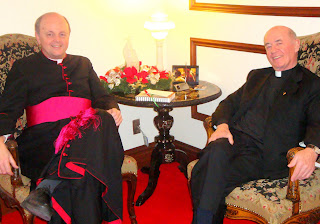 And behind the scenes ...

Following the exchanges in the formal setting of the archbishop's receiving rooms, refreshments were served in the Cathedral Hall where the conviviality continued. Sincere thanks to all who helped with the preparation, set-up and clean-up of a most pleasant afternoon!
Posted by Archbishop Terry at 6:41 AM