"O Adonai" - Getting reacquainted with NYC 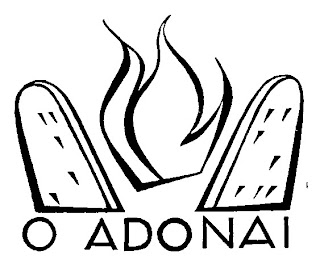 "O ADONAI, and leader of the House of Israel,
who appeared to Moses in the fire of the burning bush
and gave him the law on Sinai:
Come and redeem us with an outstretched arm."

It has been about eight or nine years since I last visited the "Big Apple", so the CNEWA meeting allowed me a couple of days afterwards to reacquaint myself with a city I got to know fairly well when studying at Fordham University (AB, '67) and visiting with Jesuits I had know during studies of philosophy here or theology in Toronto (where some New York Province Jesuits attended Regis College in the years I was a student and/or prof there). 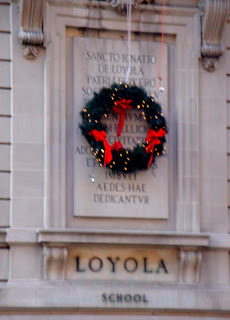 There is no snow in New York so, though it is cold (the temps hovering just below freezing with wind), it is also sunny and rather pleasant to walk around. The Jesuit community has responsibility for Loyola School on the corner of Park Avenue and East 83rd Street, next to which is St. Ignatius Church, recently refurbished though I have not yet had time to visit and consider the renovations/restoration.

At 53 East 83rd Street is a Jesuit residence for Jesuits working in these two ministries, several others in the city (Regis School, a fully-endowed school for exceptional students, Nativity School to give minority students help to succeed in their educational endeavours; the Xavier Society for the Blind now directed by long-time friend John Sheehan, who is an accomplished singer, etc) and at the nearby Jesuit Provincial Offices (Jesuit Brother John Campbell told me he recently retired after close to fifty years in the Treasurer's office). 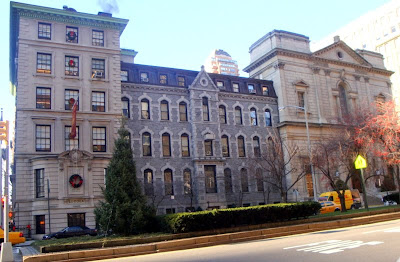 St. Ignatius Church is on the right of the block that begins at the left with Loyola School

The residence is close to the Metropolitan Museum of Art and Central Park (a five minute walk). Today, I will spend the morning at the museum and there is a slight possibility of taking in Elektra at the Metropolitan Opera.

Yesterday, I walked from 83rd Street down to 50th and Radio City Music Hall to attend the 11AM Matinee of the Rockettes' Christmas Spectacular (which was all of that). 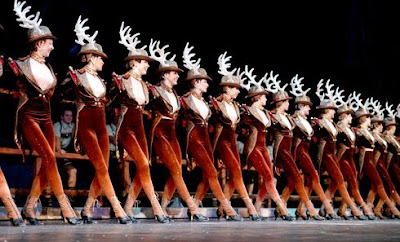 As often happens when travelling, I met friends. Both are Jesuits from the New Orleans Province: Fr. Bentley Anderson, a scholastic years back when I was dean at Regis, whom I ordained as a deacon after my nomination as a bishop; he is teaching history at Fordham U. this year. Bentley was showing the sights to a fellow "Southerner", Fr. Jesus Rodriguez from Spring Hill College, Mobile, AL.

After the show, we lunched together at the Edison Hotel Cafe, then did touristy stops of Times Square, Rockefeller Centre, adding a spiritual touch with a visit to St. Patrick's Cathedral.

Leaving them, I wandered down to Grand Central Terminal to catch the Metroliner to Fordham University, which deserves a blog entry of its own, which I will file tomorrow along with the photos I have not yet had time to download from yesterday. 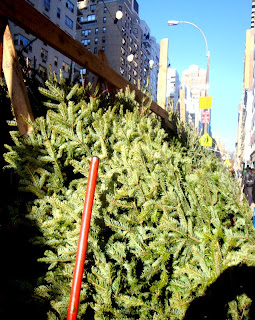 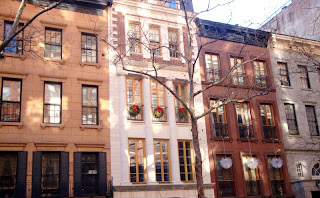 On 83rd Street, opposite Saint Ignatius Jesuit Residence, the Christmas decorations are tastefully understated
Posted by Archbishop Terry at 6:42 AM