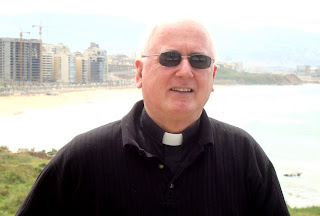 In the background, the beaches and skyline of Beirut

The Trip is Over. Today I headed to the office to get caught up on the piles of correspondence, reading material and items to sign left on my desk by my efficient assistant, Sylvie Charron.

Together with my communications director, Ginette Chaumont, we went over the next month and half of my engagements to plan my writing deadlines, etc. The tragedy of the plane crash which left so many of Polish society's leadership snuffed out has led to our planning of a Memorial Mass for Polish Leaders at Notre Dame Cathedral Basilica on Tuesday, April 20 at 7:30PM. Now I need to choose texts for that occasion and begin to think of addressing such sorrow and loss in the homily. 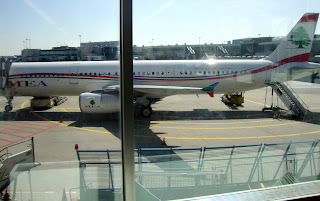 
I had to delay my replying to emails as I had left my laptop power cable behind on the Air Canada flight. That was the "downer"; the up-side came from realizing I had travelled a day earlier that the great airport shutdown in northern Europe, including the UK. On hearing the news on the radio this morning, that flights out of London airports were cancelled between noon and at least 6PM today, I was uttering a prayer of gratitude that Providence had seen to my return through Heathrow yesterday.

My visit with Father Gerry Gahagan in the hospital was consoling as I read to him from Romans 8:18-39 on how the sufferings of the present are as nothing compared to the glory to be revealed in our human fragility and that nothing can keep us from the love of God made manifest in Christ Jesus our Lord. After prayers, I gave him the Apostolic Blessing and received his blessing before parting.

Tomorrow, I will begin an extended report on my CNEWA visit to Lebanon and Syria that will parallel daily life back home.

Meantime, here are a few photos to give a taste of what is to come: 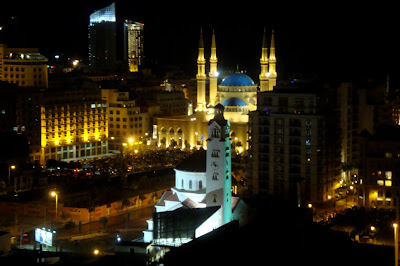 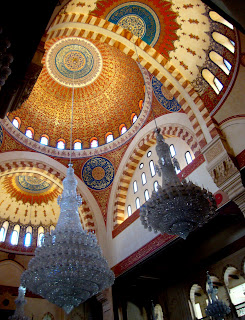 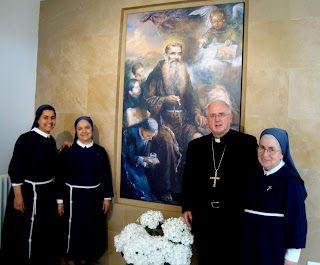 Franciscan Sisters of the Cross of Lebanon, our hosts at the Retreat Centre Notre Dame du Puits; their founder Blessed Abouna Yaacoub is in the image behind them 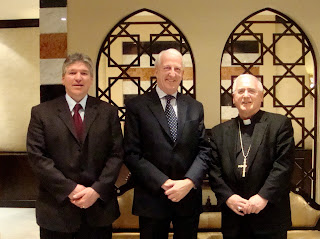 Left to right: Carl Hetu, Program Director of CNEWA Canada and Mr. Glenn Davidson, Canada's Ambassador to Syria and Jordan (I erred in giving his family name in an earlier post) in the Dedeman Hotel Lobby, Damascus, April 10, 2010
Posted by Archbishop Terry at 12:44 PM