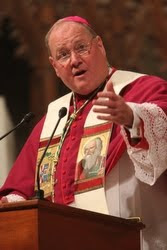 Background: Travel to “The Churches of Antioch”—a CNEWA fact-finding tour, with visits to Christian leaders in Lebanon and Syria 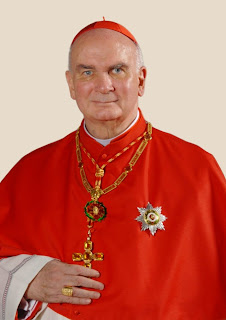 Note: the internet connection does not allow uploading of pix; hence photos today (and perhaps through the trip) will be stock photos available on the web.

Journal: Frankfurt on Wednesday, April 7—Air Canada’s flight 838 from Ottawa left on time and arrived in Germany a few minutes early (6:30am). Customs formalities were quickly attended to so that left me with almost eight full hours before departure for Beyrouth, the preferred local spelling for Beirut.

As many airports have chapels, I inquired about one in the terminal and it is very central to the shopping and check-in areas: with different prayer rooms for Muslims, Jews and chapel shared by Protestants and Catholics (the Blessed Sacrament is discreetly located on the side of the altar/communion table) and there is a statue of the Blessed Virgin in an alcove in the back. The appointments are rather modern but the chapel has a welcoming feel and there was a steady stream of people who came to pray for a short period, then left, as well as some who stayed for longer period.

I noticed that there was a daily Mass scheduled for 9am and when I inquired of the airport chaplain, Father Fuchs, he told me I was most welcome to preside and that his confrere-assistant a priest from Cameroon doing doctoral studies in history nearby would concelebrate. As there were two English-speaking sisters who would be in attendance, he recommended we celebrate in English. We sang parts of the Mass in Latin (Sanctus, Pater and Agnus Dei) and we did the Easter alleluias with vigour.

The chaplaincy team gave me a coloured Easter egg which I enjoyed with a croissant and cappuccino. There were free on-line computers available for 15 minutes at a time as part of an insurance company promotion, so I checked on overnight emails and posted my blog entry for the day.

With lots of time on my hands, I took a walk the length of the terminals in the fresh air, checked where in Terminal C my flight would leave, checked the internet again and in several stretches (risking nodding off more than once) read the early parts of a delightful new commentary in the Brazos Theological Commentary on the Bible Series, this one by the General Editor, R.R. (Randy) Reno on the Book of Genesis. I have several others in the series and was enthralled with the commentary on Jonah by Philip Cary, which does not hesitate to give the reading a Christological interpretation.

Middle Eastern Airlines seems to be carving a niche for themselves in international travel by cordial service and amenities long surrendered by cost-cutting airlines: a menu for the trip, real cutlery (even knives with serrated edges). Put up to it no doubt by CNEWA, I was met in the jet-way and whisked to the VIP lounge as someone saw to passport formalities and retrieved my luggage.

At St. Joseph Jesuit Residence, the minister Fr. Paul Brouwers, showed me to my room and took me to meet the Provincial and his Socius, who were finishing a Consult, and offer conversation, snacks and a cold Lebanese beer to relax with in their eleventh storey-suite, from which I could take a few shots of the night skyline.

Early yesterday morning, I had a delightful breakfast with Fr. Theo Vlugt who, though 81 years old, concerns himself with the more than 200,000 Afro-Asian migrants working mainly as domestics or in menial labour in Lebanon. He remarked, “I hear the sorrows of the whole world”. What a joy it is to hear their story when someone agrees to tell you about the dream of their life: He was ten when WWII broke out and saw the suffering of Europe from his native Holland. When he came to Lebanon to fulfill his vocational aspiration, he found the country a paradise. And so it remained until war broke out in the late 60s and hostilities went on and off until about fifteen years ago: “it was Paradise Lost,” he said ruefully. Now there are other challenges, and he is pleased to be part of them.

For an hour, the former Jesuit superior general Fr. Peter-Hans Kolvenbach told me of his new project, publishing works in Arabic that predate Islam and entering into dialogue with Muslim scholars who learn of the Christian literature in Arabic from the earliest centuries. We spoke, as well, of many other issues in the Church and the Society—all of them off the record.

A young Lebanese Jesuit scholastic named Jacques took me and Msgr. William Lyons (a classmate of Archbishop Dolan, who arrived a day early and visited with Jesuit acquaintances) for a quick tour of some of the sights (the Harriri Mosque, opened in 2008, designed to give a striking Islamic stamp to the downtown area; the beach area, St. Joseph’s University and St. Joseph’s Church—both of which were founded in the late 19th century).

After lunch and a bit of time checking on my emails, Msgr. Lyons and I were driven to the Retreat Centre of Notre Dame du Puits (Our Lady of the Well), in the hills above Christian East Beirut. It is directed by the Franciscan Sisters of the Cross of Lebanon, founded by a Capuchin friar, Khalil El-Haddad, known in religion as Jacques and popularly as “Abouna Yaacoub” (Father James), beatified on June 22, 2008 in Beirut, by Cardinal Jose Saraiva Martins.

Today's Itinerary: More on this wonderful centre tomorrow; meanwhile, here is today’s rather full schedule of travel and activities as we visit the Churches of Antioch (09.04.2010).

On my travels to and from Montreal, after some initial prayers and a rosary, I sometimes listen to talks on CDs, particularly since I have been made aware of the offerings (found in some of our Ottawa archdiocesan parishes and sometimes on sale at presentations of the faith.

Invariably, I find them fascinating, engaging and not distracting while driving. Since they are divided in units, it is possible to return to an earlier segment of about 7-8 minutes. 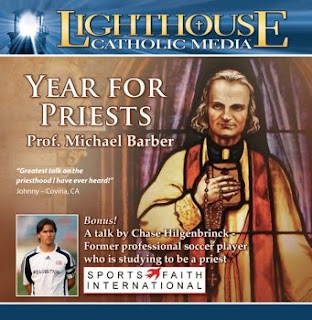 Recently, I have enjoyed listening to the following presentations: Matthew Kelly, A Call to Joy; Chris and Linda Padgett, Not Ready for Marriage: A Young Couple’s Return to Chastity; Fr. Larry Richards, Confession; Mark Miravalle, St. Philomena and the Cure of Ars and the CD featured on the Year of the Priest (with a bonus talk by a soccer star who discovered a vocation to the priesthood and gave up his former way of life).

If looking for interesting and edifying presentations on the Catholic faith and life, these CDs are wonderful listening.

EIGHTH STATION
The Risen Lord Strengthens the Faith of Thomas

We adore You, O Christ
and we praise You!
Because by the Wood of the Cross and
the Light of the Resurrection,
You have redeemed the world! 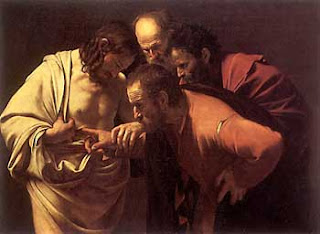 Reading: "Thomas…was not with them when Jesus came.... Thomas said, 'Unless I see the mark of the nails in His hands and put my finger into the nail marks and put my hand into His side, I will not believe'...Jesus came...and stood in their midst and said, 'Peace be with you.' Then He said to Thomas, 'Put your finger here and see My hands, and bring your hand and put it into My side, and do not be unbelieving, but believe'…Blessed are those who do not see and yet believe." (John 20: 24-29).

Reflection:
The story of Thomas is important because it is through Thomas' example that we realize that doubt can be a part of faith. Too easily we call him "Doubting Thomas," and forgetting that after examining the nail marks, he fully embraced the Risen One as his Lord and Savior. Thomas' doubt was transformed into a lively faith. We too, are called to believe, knowing full well that our faith may be tested by doubt and fear. As disciples who desire an ever-deeper faith, we are patient and understanding with those who are struggling, searching and seeking like Thomas.

Silence
Prayer: Heavenly Father and God of mercy, we no longer look for Jesus among the dead, for He is alive and has become the Lord of life. From the waters of death You raise us up with Him and renew Your gift of life within us. Increase in our minds and hearts the risen life we share with Christ and help us to grow as Your people toward the fullness of eternal life with You. We ask this through Christ our Lord. Amen.

All:
We adore You, O Christ
and we praise You!
Because by the Wood of the Cross and
the Light of the Resurrection,
You have redeemed the world!

Reading: "Jesus said to them, 'Bring some of the fish you just caught.' So Simon Peter went over and dragged the net ashore full of one hundred fifty-three large fish. Even though there were so many, the net was not torn. Jesus said to them, 'Come, have breakfast.' And none of His disciples dared to ask Him, 'Who are You?' because they realized it was the Lord" (John 21: 10-12). 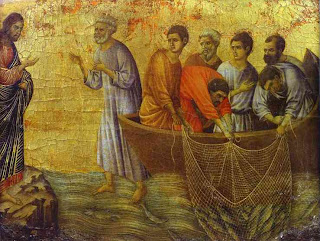 Reflection: After the crucifixion, the apostles returned to their former way of life. Out on the familiar Sea of Galilee, these expert fishers find themselves ineffective and baffled because not even a single fish was caught. From the shore, the Risen Lord guides them and directs their nets until they are filled to overflowing. As He prepares breakfast for them, He nourishes their hearts and promises them that they can also be fed by making disciples in His name. He calls them to an entirely new way of fishing—fishing for people.

Silence
Prayer: Father in heaven, author of all truth, a people once in darkness has listened to Your Word and followed Your Son as He rose from the tomb. Hear the prayer of this newborn people and strengthen Your Church to answer Your call. May we rise and come forth into the light of day to stand in Your presence until eternity dawns. We ask this through Christ our Lord. Amen.

All:
Alleluia, alleluia, alleluia.
On Sunday morn at break of day
The sad disciples went their way
To see the tomb where Jesus lay. Alleluia.
Posted by Archbishop Terry at 1:10 AM