On Wednesday, I enjoyed visiting with Father Pierre-Andre Ranaivoarson, now in his first year as Provincial of the Jesuits of Madagascar.  The challenge for a Jesuit provincial is to visit the men of his province once a year (less frequently when they are a long distance overseas--in this case in Montreal and Toronto also). Experiencing snow again was a delight for him (he had done this during several years of graduate studies in Boston so the reality of snow was not totally new).

Then I joined the St. John Ogilvie Ottawa Jesuits for supper and conversation and drove the two Malagasy to the Bronson Centre where the Kateri Native Ministries was hosting the Mass on the feast of Our Lady of Guadalupe, also the Canadian Church's day of solidarity with Aboriginal Peoples.  Father Pierre-Andre left the next day for Los Angeles to finish the visitation of his men studying or serving in North America, fully expecting to be back home in Madagascar for Christmas. 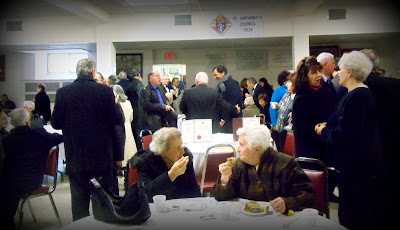 Here is the English version of the text prepared for the occasion, interspersed with several photos: 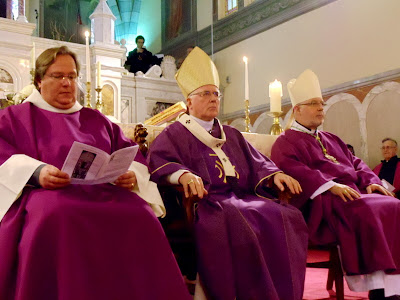 In the gospel last Sunday, Jesus spoke about the end of time as we know it, his coming in glory as the Son of Man. This Sunday and next, we turn our attention to the preaching of John the Baptist, just before Jesus began his ministry. On the fourth Sunday, we will recall Christ’s coming in the human condition by focusing on the dispositions of his mother Mary and trying to imitate her.

Advent is a wonderful season in which to celebrate the life of a parish that has been served by a religious Order inspired by Our Lady’s dispositions! I offer the Servites of Mary and you, each parishioner of St. Anthony of Padua Parish, my sincerest congratulations on this occasion. I invoke on the parishioners of St. Anthony’s, God’s abundant blessing of peace, joy and family harmony. I pray for Mary’s maternal protection of the values of family, parish, school and nation that you have embodied this past century. 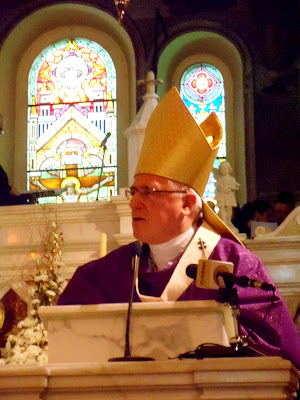 This year, the liturgy gives prominence to the Gospel of St. Luke. If you were to ask Luke about his favourite motifs, he might mention heralding of “good news” to the poor and outcast and the idea of God’s universal saving purpose.

The evangelist St. Luke was deeply aware of the leadership role of the twelve apostles. But the evangelist was equally conscious of the key role played by women in receiving and furthering God’s saving plan.

Luke alone wrote of Jesus’ meeting with Martha and Mary in their home (10.38–42). He told of Jesus’ cure of a woman bent over for 18 years (13.10–17). He recounted Jesus’ parable of a persistent widow, who got justice from an unwilling judge (18.1–8). Women exemplify how to receive the gospel, especially in Luke’s account of Jesus’ conception, birth and infancy. Unlike Zechariah’s doubting question to the angel Gabriel on learning his wife would conceive (1.18), Mary’s response at the annunciation contained no unbelief (1.34). 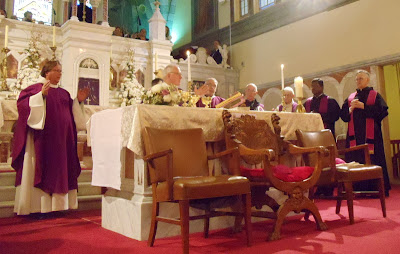 God’s herald, John the Baptist was a person of great magnetism. John preached a “baptism of repentance for the forgiveness of sins.” The people going to him for baptism were engaged in “confessing their sins.” John invited them to “prepare the way of the Lord, make his paths straight.”

The author of today’s first reading is Baruch, the confidante, secretary and disciple of the prophet Jeremiah (Jeremiah 32.12). In the late sixth century BC, he was exiled with Jeremiah in Egypt (43.6).

Baruch says that once God’s people turn from defiance in this bleak time, they can hear again God’s messianic promises and summons to rejoice. “Take off your garment of your sorrow and affliction … [and] put on the robe of the righteousness that comes from God.” This is a good theme for our celebration today and throughout this jubilee year!

The wilderness east of Jerusalem–hinted at by Baruch–is the scene of John the Baptist’s preaching in today’s gospel. In salvation history, the wilderness or desert held a painful yet privileged position. 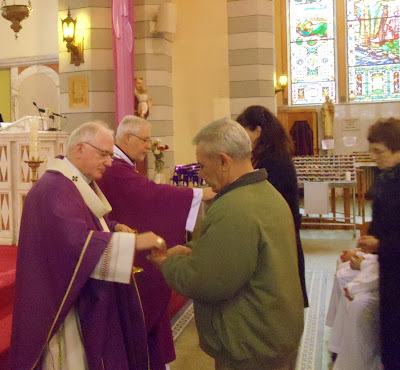 Life in the wilderness forces a person to focus on the basics: the need for water and shelter against the heat. Solidarity with fellow pilgrims on the journey and hospitality to strangers become core values. Are these not the virtues of this dynamic parish as it welcomed wave after wave of immigrants from Italy?

The trials associated with survival in the wilderness or a new country bring out the best and the worst in people. The unremitting demands of desert life uncover the hardness of one’s heart, as well as the potential to be broken open and to encounter God.

John the Baptist sought “humble and contrite hearts” (Ps 34:18) when he preached “a baptism of repentance for the forgiveness of sins.” The Advent liturgy challenges you today [sweep the congregation with your open hand] to such graced moments now.

In Baruch, the exile was transformed from an exterior punishment into an inner experience whose spiritual depths opened God’s people to repentance and to the joys of the coming days of messianic fulfilment. These were the lessons drawn, too, by the priests, brothers and sisters who served the parishioners of St. Anthony’s. Parents handed these virtues on to children. Couples shared them with each other in marriage. Together, you build them into the fabric of this Italian-speaking family of faith.

Advent invites you to make the wilderness an interior experience that touches your heart, leading you to discover God’s call to repentance. The sacrament of reconciliation “prepares the way of the Lord.”

Our celebration of confession can take place in the traditional way of individual personal confession, such as at 4:30 on Saturday afternoons here. It can also be in a communal celebration of the Sacrament during which several priests hear the confessions of penitents.

Confession has tremendous therapeutic value, even for lesser sins. The Church suggests that Advent is a good time for a yearly spiritual check-up, the minimum for Catholics who wish to grow in the spiritual life.

I encourage you to give yourself the present of a good confession this Advent. This way, you will celebrate Christmas and the full centennial year of spiritual, social and, cultural activities with mind and heart renewed. 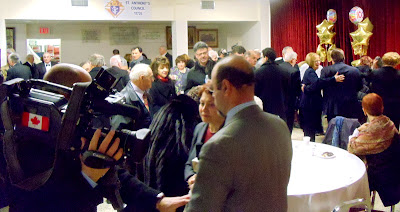 In closing, I give you again my very best wishes and the assurance of a remembrance in my prayers on this joyous occasion. I salute your newly arrived pastor and associate—Fathers Loganathan and Marin-Ramirez—as well as the friars who have long been associated with the parish: Fathers Brodeur, Fiore, Amyot and Desgrandchamps. May your witness to the Kingdom and the service of God’s people continue for another hundred years!

God bless you all: priests, religious and faithful parishioners. 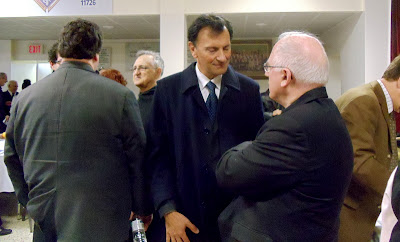 COLLECT OF SATURDAY
IN THE SECOND WEEK OF ADVENT

May the splendour of your glory dawn in our hearts, we pray, almighty God, that all shadows of the night may be scattered and we may be shown to be children of light by the advent of your Only Begotten Son. Who lives and reigns with you in the unity of the Holy Spirit, one God, for ever and ever. Amen.