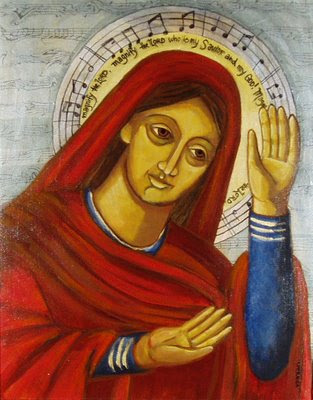 ﻿
O God, who, seeing the human race fallen into death, willed to redeem it by the coming of your Only Begotten Son, grant, we pray, that those who confess his Incarnation with Humble fervour may merit his company as their Redeemer. Who lives and reigns with you in the unity of the Holy Spirit, one God, for ever and ever. Amen.


This is the article Pope Benedict XVI had published in the Financial Times of London a few days ago. The invitation to a reigning Pontiff and the publication itself are quite exceptional.  The text was also made available by the Holy See Press Office for wider distribution. The Holy Father's message of financiers, buisness-people, et al: 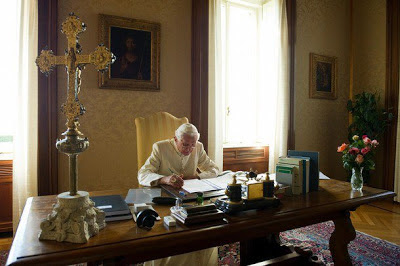 "Render unto Caesar what belongs to Caesar and to God what belongs to God," was the response of Jesus when asked about paying taxes. His questioners, of course, were laying a trap for him. They wanted to force him to take sides in the highly-charged political debate about Roman rule in the land of Israel. Yet there was more at stake here: if Jesus really was the long-awaited Messiah, then surely he would oppose the Roman overlords. So the question was calculated to expose him either as a threat to the regime, or a fraud.

Jesus’ answer deftly moves the argument to a higher plane, gently cautioning against both the politicization of religion and the deification of temporal power, along with the relentless pursuit of wealth. His audience needed to be reminded that the Messiah was not Caesar, and Caesar was not God. The kingdom that Jesus came to establish was of an altogether higher order. As he told Pontius Pilate, "My kingship is not of this world."

The Christmas stories in the New Testament are intended to convey a similar message. Jesus was born during a "census of the whole world" taken by Caesar Augustus, the Emperor renowned for bringing the Pax Romana to all the lands under Roman rule. Yet this infant, born in an obscure and far-flung corner of the Empire, was to offer the world a far greater peace, truly universal in scope and transcending all limitations of space and time.

Jesus is presented to us as King David’s heir, but the liberation he brought to his people was not about holding hostile armies at bay; it was about conquering sin and death forever.

The birth of Christ challenges us to reassess our priorities, our values, our very way of life. While Christmas is undoubtedly a time of great joy, it is also an occasion for deep reflection, even an examination of conscience. At the end of a year that has meant economic hardship for many, what can we learn from the humility, the poverty, the simplicity of the crib scene?

Christmas can be the time in which we learn to read the Gospel, to get to know Jesus not only as the Child in the manger, but as the one in whom we recognize God made Man.

Christians fight poverty out of a recognition of the supreme dignity of every human being, created in God’s image and destined for eternal life. Christians work for more equitable sharing of the earth’s resources out of a belief that, as stewards of God’s creation, we have a duty to care for the weakest and most vulnerable. Christians oppose greed and exploitation out of a conviction that generosity and selfless love, as taught and lived by Jesus of Nazareth, are the way that leads to fullness of life. Christian belief in the transcendent destiny of every human being gives urgency to the task of promoting peace and justice for all.

Because these goals are shared by so many, much fruitful cooperation is possible between Christians and others. Yet Christians render to Caesar only what belongs to Caesar, not what belongs to God. Christians have at times throughout history been unable to comply with demands made by Caesar. From the Emperor cult of ancient Rome to the totalitarian regimes of the last century, Caesar has tried to take the place of God. When Christians refuse to bow down before the false gods proposed today, it is not because of an antiquated world-view. Rather, it is because they are free from the constraints of ideology and inspired by such a noble vision of human destiny that they cannot collude with anything that undermines it.

In Italy, many crib scenes feature the ruins of ancient Roman buildings in the background. This shows that the birth of the child Jesus marks the end of the old order, the pagan world, in which Caesar’s claims went virtually unchallenged. Now there is a new king, who relies not on the force of arms, but on the power of love. He brings hope to all those who, like himself, live on the margins of society. He brings hope to all who are vulnerable to the changing fortunes of a precarious world. From the manger, Christ calls us to live as citizens of his heavenly kingdom, a kingdom that all people of good will can help to build here on earth.
Posted by Archbishop Terry at 7:34 AM