St. John, Apostle and Evangelist - THE SOLEMNITY OF THE HOLY FAMILY ("C") 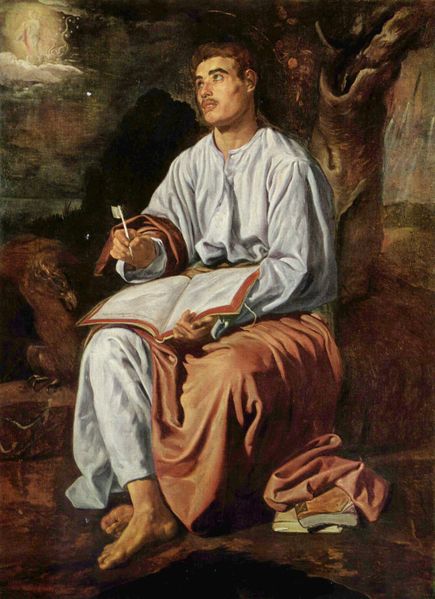 O God, who through the blessed Apostle John have unlocked for us the secrets of your Word, grant, we pray, that we may grasp with proper understanding what he has so marvelously brought to our ears. Through our Lord Jesus Christ, your Son, who lives and reigns with you in the unity of the Holy Spirit, one God, for ever and ever.

An American study showed the crucial role parents have in helping their children escape harmful, even destructive, experiences as they grow up.

Children were found to be less likely to experiment with alcohol, drugs, or premarital sexual activity if their parents were with them at key points in the day: when they awoke, on their return from school, at meal and bed times.

Thus, the role of parents in assisting their children in making a healthy and— Christians maintain—a holy, transition from childhood to adulthood cannot be underestimated.

The added stress placed on families in which both parents work long hours or in households where a single parent has to shoulder alone the financial and emotional support of one or more children shows the importance of today's Holy Family feast.

Recently I was given a copy of an icon of the Holy Family that had been presented to Pope John Paul II at a celebration of the family. It depicts a scene from today's gospel reading, the return of Mary, Joseph and the adolescent child Jesus from Jerusalem after his parents had found him in the Temple.

The sacred painting represents Joseph as carrying the 12-year old Holy Child on his shoulders. That the adolescent Jesus is carried on Joseph's shoulder indicates that it was the task of his foster-father to introduce Jesus to adulthood. It points to the irreplaceable role played by the father of a family in helping his children become adults.

In this iconic representation, Jesus looks to Mary, who is handing him a scroll on which are written the opening words of Isaiah 61.1, “the Spirit of the Lord is upon me because he has anointed me”.

This indicates Mary's maternal function of sharing with Jesus God's will in his regard.

Mary's reply at the Annunciation—“Here am I the servant of the Lord; let it be with me according to your word”—had made obedience to God's will her priority in life. Even so, she would not escape having to struggle to sort out the events God's providence would bring into her life and that of her remarkable Son.

Saint Luke tells us that Mary “treasured all these things in her heart”—what had happened to Jesus; the anxiety she and Joseph had shared as for days they sought their lost boy; the puzzling words he had said to them, “Did you not know that I must be in my Father's house; and most of all that afterwards Jesus “went down with them and came to Nazareth, and was obedient to them”.

It is a rare family even today that cannot identify with the confusion and shock of Jesus' parents at his words which placed a deep gap between the devotion he owed them in filial piety and the powerful attraction He felt towards a higher vocation.

From the story, we learn also of the piety that drew Jesus' family to make the long and arduous pilgrimage every year to Jerusalem for the Passover.

Children's religious dispositions, we know from catechists, are profoundly shaped by the level of devotion shown by their parents. Unfortunately, the good work done by Catholic schools or in parish catechetical programs in opening youngsters to the practice of the faith often founders when parents are unable or unwilling to bring their children to share in the Sunday Eucharist.

The sense of Jesus' words about having to be “in his Father's house” is probably more correctly shown if we translate them as meaning “having to be about my Father's affairs”—namely discoursing with the Jewish teachers. For the crowd was “amazed at his understanding and his answers”, in effect teaching the teachers! This is precisely the feature of Jesus' Jerusalem ministry that Luke would stress later on (19.47; 21.37; 22.53).

Readers must realize that they, like Jesus, Mary and Joseph must increase in wisdom and in years and in divine and human favour” during their journeys in faith.

As St. John put it, Christians are already by adoption what Jesus was by nature, God's children (“we are God's children now”). Their future at the end of time will be glorious (“when he is revealed, we will be like him, for we shall see him as he is”).
Posted by Archbishop Terry at 7:35 AM