O God, who through the preaching of Saint Francis Xavier won many peoples to yourself, grant that the hearts of the faithful may burn with the same zeal for the faith and that Holy Church may everywhere rejoice in an abundance of offspring. Through our Lord Jesus Christ, your Son, who lives and reigns with you in the unity of the Holy Spirit, one God, for ever and ever.

Today is the memorial of one who is held by many to be the greatest missionary since the Apostle Saint Paul. Because a Jesuit confrere who was to have accompanied the Portuguese mission to India fell ill, St. Ignatius Loyola called on his friend to go on one day's notice; Providence amazes us always!

A fascinating article on Xavier's "failure" is part of a collection on the saints by the late Archbishop Alban Goodier, S.J. Here is an excerpt (to read the whole article go to http://www.ewtn.com/library/MARY/XAVIER.HTM). 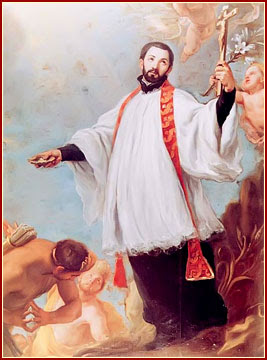 From the day when he decided to throw in his lot with St. Ignatius he [Francis Xavier] was a disappointment to those who had hitherto known him. His family was disappointed with him. It was noble, but now was not rich; it had lost its all because of its staunch support of the French claim against the Spanish for the lordship of Navarre: in the campaign which led up to the fall of Pampeluna, his own brothers had fought on the side of the French victors. Now, since the reverse, it had done what it could to give this youngest son a fresh start in life; since he could not serve under a Spanish conqueror, he should be offered a career of learning, a career in the Church. Yet here he was, at the mere instigation of an eccentric beggar-student, and a Spaniard besides, whose past was more than suspicious, sacrificing all his prospects, and starting on some wild goose chase to convert the Holy Land! It must be confessed that many a more Christian family than even that of Xavier would have been justified in its disappointment on a less apparent ground than this.

Again, the University was disappointed with him. It had given him every advantage; it had appointed him to a professorship; it had marked him out for a career which only needed his own energy to lift him up to the highest rank of the new elite of Europe. Yet all the return he made was, in a moment of enthusiasm, to throw it all up at the suggestion of one who had already come to be looked upon with reserve. Surely there was ground for the resentment of the authorities against the intrusion of Inigo Loyola; and their judgment that Francis Xavier was, after all, fickle and light-headed, a dreamer of dreams and unreliable, was not without a basis of good evidence.

Then to his companions, the first members of the Society of Jesus, his life seemed so arranged, his character so singular, as constantly to lead to disappointment. In the enthusiasm of his conversion, he wished to go to the Carthusians, and it needed all the influence of Ignatius to prevent him. On their first tramp to Rome, he had carried his penance to an excess which any man of judgment might easily have avoided, and only a miracle prevented him from becoming a burden to them all. Arrived in Italy, he was sent to Bologna. There he made his mark; he was a born preacher and apostle; evidently he was the man to reform that and other cities; and he was called away from the midst of it all to sit at a desk, seemingly useless and unknown as a mere private secretary.

Nevertheless, here again he succeeded. His brethren saw the wisdom of having such a man at the elbow of their Father General. One so gifted, so far-seeing, so sympathetic, so devoted, would be of untold service in framing the new Constitutions and in directing the fast-growing Order; yet, on a sudden, they found that, at a single day's notice, he had gone away to Portugal, thence to be lost to civilization altogether. 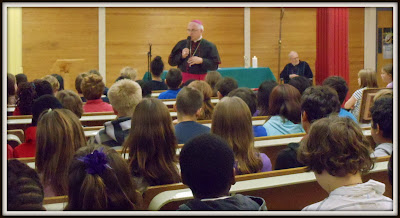 With my Episcopal Vicar, Father Geoffrey Kerslake, I conducted a Pastoral Visitation at St. George's Parish where Father Leonard St. John serves as pastor, assisted by Deacon Derek Smith and Parish Manager Georges Bouliane (former principal of St. George's School), assisted by many volunteers who serve on the various committees and are engaged in several ministries.

Our visit to the parish began with a visit to St. George's school on Thursday (with two assemblies), continued with the Saturday afternoon anticipated Eucharist, a meeting with members of the parish finance and pastoral councils, and concluded with the two Sunday morning Masses and a tour of the parish's construction site where the basement hall and meeting rooms is being completely redone and an addition is rising between the hall and the rectory.

...OF THE SCHOOL VISIT 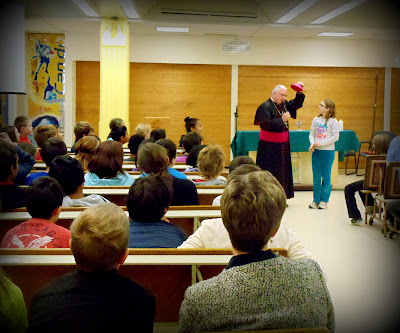 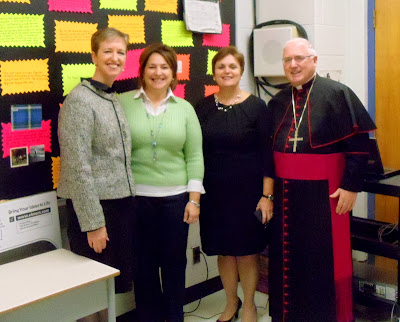 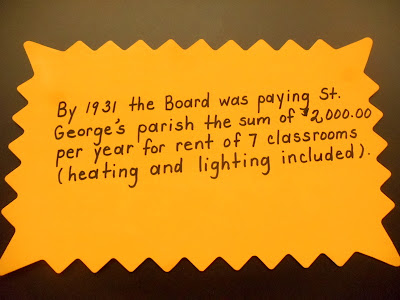 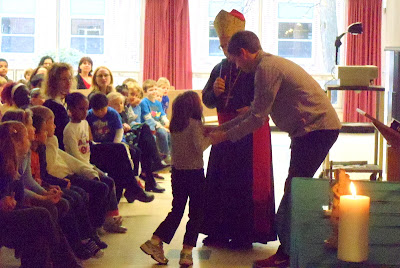 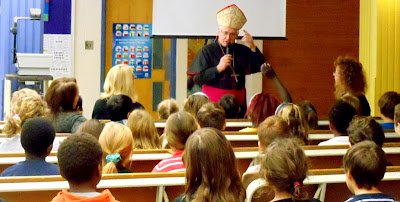 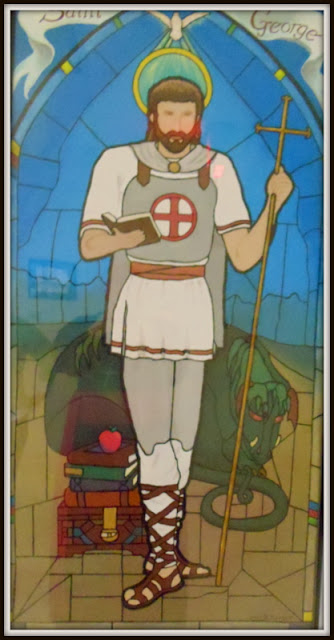 ...OF THE PARISH PHASE 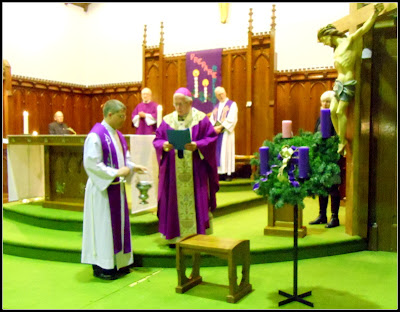 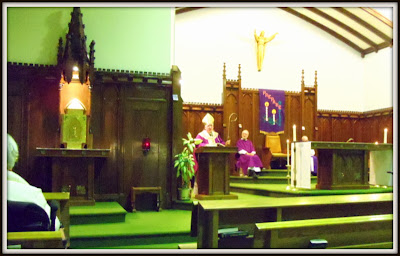 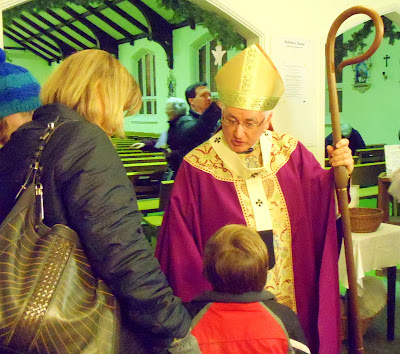 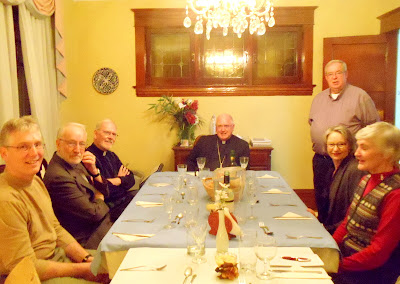 Posted by Archbishop Terry at 6:12 AM