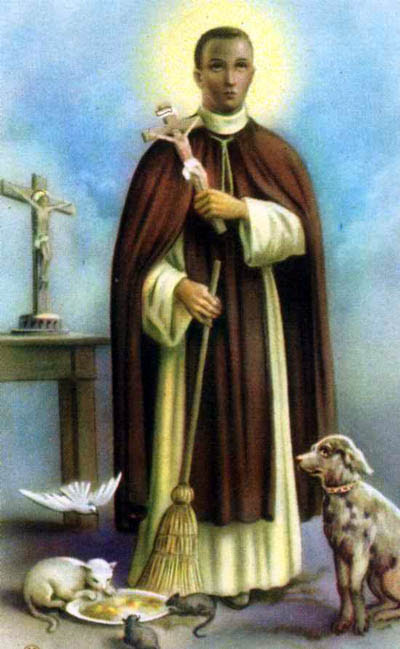 An addiction is doing something you can't quit. We think first of alcohol and other drugs, but people are also addicted to things such as gambling, video games, pornography, smoking, eating, shopping, and even working. These activities can be more persistent than bad habits because they release powerful chemicals in the brain. Our bodies begin to crave those chemicals as much as the body of a heroin or nicotine addict craves those drugs. An addiction robs you of your freedom.

To overcome addiction, people must learn positive ways to cope with stress and pain. We need to substitute healthy behaviors for addictive behaviors. This takes planning, self-control, and support from others. Sometimes it takes medical treatment or counseling.

What can we do when all else fails? We can do what we should have done in the first place: turn to God in prayer.

Many people successfully overcome their addictions by turning to God. God gives power to the powerless. With Advent approaching, let this be a season of prayer and spiritual enrichment. Drawing close to God is the best way to overcome and prevent addictions. Closeness to God gives us strength and joy, love and peace. When God is with us, we have greater riches within than this world could ever give us. God gives us the freedom to say no and stick to it.

Pope Benedict asks us as a community to support victims of addiction. We begin by praying, but we must also find practical ways to help, not those who are addicted, but also the many among us who suffer because of others' addictions. 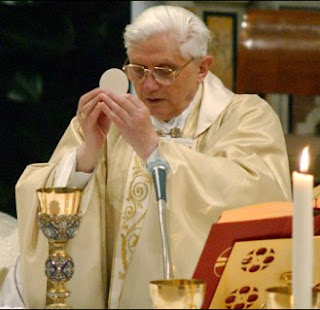 Mission Intention: Mission in Latin America. That the Latin American Churches may move forward with the continent-wide mission proposed by their bishops, assuming their share of the universal missionary task of God's people.

The mission intention this month is a follow-up to a meeting the Pope attended in Brazil in 2007, the Fifth General Conference of Bishops of Latin America and the Caribbean. The Pope was there to affirm the plan of the Latin American Bishops to re-evangelize their peoples. Our prayer of the month was adapted from the Pope's long and moving prayer at the end of his message.

Speaking at length about the Eucharist, the Pope said this: "The encounter with Christ in the Eucharist calls forth a commitment to evangelization and an impulse toward solidarity; it awakens in the Christian a strong desire to proclaim the Gospel and to bear witness to it in the world so as to build a more just and humane society. Only from the Eucharist will the civilization of love spring forth which will transform Latin America."

The Holy Father and the bishops recognize that many Latin countries need the wisdom and compassion of authentic Christian conversion as they strive against terrible social problems, including injustice, poverty, violence, and drugs.

The Latin American mission affects all of us because the grave problems in those countries often lead to illegal immigration to the U.S. Most Latino immigrants came to the U.S. as a desperate effort to survive.

As the Church in the U.S. becomes increasingly Latino, we recognize the many gifts that Latinos bring to our community, including their love of family and their great devotion to God.

Although the diversity of cultures and languages within the Church and society is not without tension, we Catholics remember that each person is loved by God and deserving of our welcome. 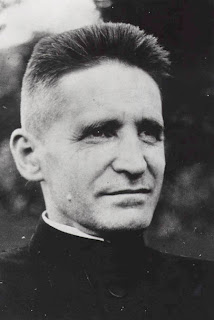 In Germany and in Jesuit communities, another possible optional memorial permitted is that of Blessed Rupert Mayer.
During my first visit to Europe for German-language study in Munich in 1973, I came to know the story of Father Rupert Mayer, a heroic priest almost all of whose ministry was in the Bavarian Capital. Since then, a friend gave me an icon of Mayer after Pope John Paul II beatified him in Munich in 1987 (on the same trip during which he beatified Edith Stein in Cologne). 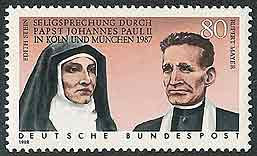 Having been a member of the Marian Sodality (now known under the title of Christian Life Community) during high school, I was struck by the use he made of the Business Men's Society to communicate his convictions about the implications of our faith for public life: hence the reason for the Nazi concerns about his influence, for helping Catholic Christians to live their faith has powerful consequences:

Rupert Mayer (1876-1945) was a man who held firmly to his convictions. After the Stuttgart, Germany, native finished secondary school, he told his father that he wanted to be a Jesuit. His father asked him to be ordained first, so Mayer studied philosophy and theology, was ordained and then served for a year as an assistant pastor before finally entering the Jesuit novitiate at Feldkirch, Austria, on Oct. 1, 1900. Later he would show the same resolve in opposing Adolph Hitler's National Socialist movement.


Mayer settled in Munich in 1912 and devoted the rest of his life to its citizens. He responded to the needs of people moving into the city looking for employment. He began collecting food and clothing and searching out jobs and housing. His arena of action changed as Germany entered World War I.

Mayer volunteered as an army chaplain, serving first in a camp hospital and later accompanying soldiers in France, Poland and Romania. He was legendary for his courage in staying with the soldiers in the front line of battle and was awarded the Iron Cross in December 1915 for his bravery. His army career ended suddenly when his left leg was shattered on Dec. 30, 1916 and had to be amputated.

He returned to Munich where people still suffered the war's aftermath. Once again the indefatigable Jesuit moved among people aiding them in any way he could. His leadership of the men's sodality led to increased membership and required Mayer to travel all over the city, giving as many as 70 talks a month. He introduced Sunday Masses at the main railroad terminal for the convenience of travelers. If Munich were a single parish, then he would have been its pastor.

As the communist and socialist movements grew strong, Mayer attended meetings and even shared the platform with their speakers so that he could engage the speakers by raising Catholic principles that contradicted what he saw as the evils to which these movements were leading people.

Unlike many who witnessed Adolf Hitler's rise to power, Mayer saw the falsehoods that he was propagating. Since the Jesuit thought a Catholic could not be a National Socialist, conflict inevitably arose between him and the Nazis. More than a political stance, his opposition was a religious response to evil.

After Hitler became chancellor of the German Reich in January 1933, he made a move to close church-related schools and started a campaign to defame religious orders in Germany. Mayer used the pulpit of St. Michael's church in downtown Munich to speak out against this persecution.

On May 16, 1937 the Gestapo ordered him to stop speaking in public because they could not tolerate his powerful influence in the city. He obeyed the order, except for inside the church where he continued to preach. He was arrested on June 5 and was imprisoned for the first of three times. He remained in Stadelheim Prison until his trial six weeks later when he was given a suspended sentence.

His Jesuit superiors initially asked him to remain silent, but then allowed him to return to the pulpit to defend himself against defamatory attacks that the Nazis made during his silence. He was re-arrested and served his sentence for five months until a general amnesty freed him to return to Munich and work in small discussion groups.

The Nazis arrested him again on Nov. 3, 1939 although Mayer was already then 63 years-old; they sent him to the Oranienburg-Sachsenhausen concentration camp near Berlin. After seven months there his health deteriorated so badly that camp officials feared he would die.

They did not want to turn the popular priest into a martyr so they placed him in solitary confinement in the Benedictine abbey at Ettal, in the Bavarian Alps, where he remained until American soldiers freed him in May 1945.

Mayer returned to Munich and immediately resumed his apostolic work in St. Michael's church. The years in prison had weakened him greatly. On November 1, 1945, the feast of All Saints, Mayer suffered a heart attack while celebrating Mass in St. Michael's; he collapsed and died shortly afterwards.

O God, You made your Priest Blessed Rupert a steadfast confessor of the faith and a servant of the poor. Through his intercession, raise up in your Church fearless heralds of the Gospel and give us all a heart open to the needs of others. Through our Lord.

Posted by Archbishop Terry at 6:11 AM