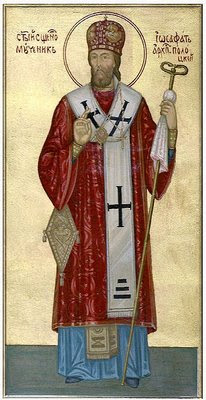 Today the Church celebrates the memorial of St. Josaphat, a Catholic of the Ruthenian rite. Born in the then Polish region of Lithuania of Orthodox parents, he became a Catholic and a Ukrainian Basilian monk. Chosen bishop, he worked faithfully for the unity of the Church until he suffered martyrdom at the hands of an angry mob in Russia.

Josaphat Kuncewitcz was born about the year 1580 at Vladimir, Volhynia, [part of the Polish province of Lithuania at the time] and given the name John at baptism. While being instructed as a child on the sufferings of our Savior, his heart is said to have been wounded by an arrow from the sacred side of the Crucified. In 1604 he joined the Ukrainian Order of Saint Basil (Basilians), lived as a monk in a very mortified life, went barefoot even in winter, refrained from the use of wine and flesh-meat, and always wore a penitential garb.

In 1614 he was appointed archimandrite of Vilna, Russia and four years later archbishop of Polotzk; in this position he worked untiringly for Church reunion. He was a great friend of the poor, once even pledged his archepiscopal omophorion (pallium) to support a poor widow. The foes of union decided to assassinate him. In a sermon, he himself spoke of his death as imminent.

When he visited Vitebsk (now in Russia), his enemies attacked his lodging and murdered a number of his companions. Meekly the man of God hastened toward the mob and, full of love, cried, "My children, what are you doing? If you have something against me, see, here I am." With furious cries of "Kill the papist!", they rushed upon him with gun and sword. Josaphat's body was thrown into the river but emerged, surrounded by rays of light, and was recovered. His murderers, when sentenced to death, repented their crime and became Catholics (Excerpted from Pius Parsch, The Church's Year of Grace).


* * *
Stir up in your Church, we pray, O Lord, the Spirit that filled Saint Josaphat as he laid down his life for the sheep, so that through his intercession, we, too, may be strengthened by the same Spirit and not be afraid to lay down our life for others. Through our Lord. 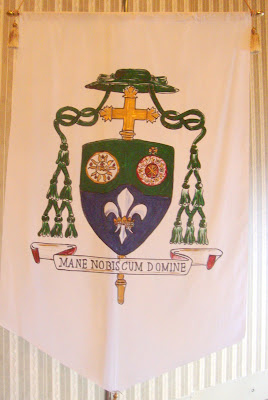 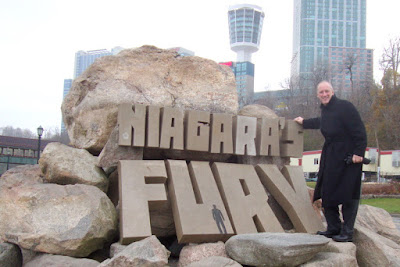 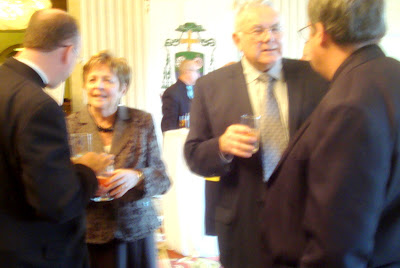 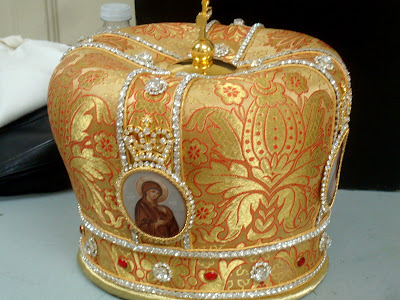 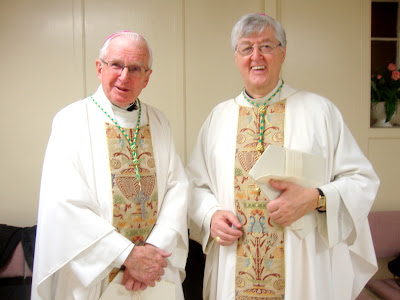 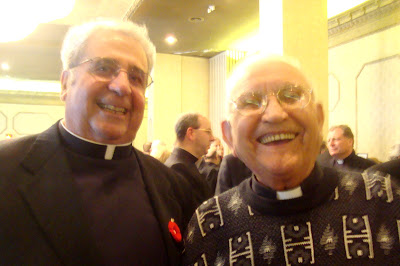 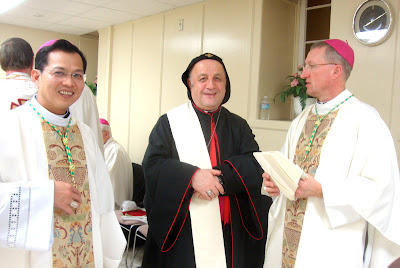 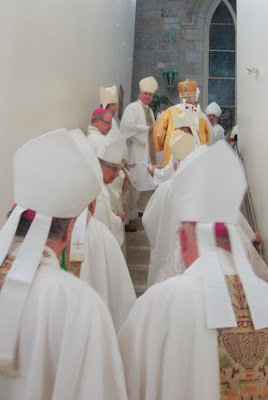 * * * * * *
More on the Post-Synodal Apostolic Exhortation
How to do Lectio divina, according to Benedict XVI
In his post-synodal document on the Word of God, Pope Benedict XVI urged all Christians to get to know the sacred Scriptures better. He gave a few suggestions that included having a Bible in every home and engaging in a more attentive, prayerful listening to Gospel readings.
The pope paid particular attention to the importance and efficacy of lectio divina, a form of prayerful meditation on the word of God, and he offered a step-by-step guide on the practice. The post-synodal apostolic exhortation, Verbum Domini (The Word of the Lord), was released Nov. 11.

The pope said the first step is to open with a reading (lectio) of a text, "which leads to a desire to understand its true context: What does the biblical text say in itself?" Understanding what the text is trying to say is important so as to move beyond one's own notions and ideas, he said.

"Next comes meditation (meditatio), which asks: what does the biblical text say to us?" the pope wrote. Christians both as individuals and as a community need to let themselves be "moved and challenged" by what the sacred text is telling them, he wrote.

"Following this comes prayer (oratio), which asks the question: what do we say to the Lord in response to his word?" wrote the pope. Prayer is critical for hearts and minds to be transformed, he wrote.

"Finally, lectio divina concludes with contemplation (contemplatio), during which we take up, as a gift from God, his own way of seeing and judging reality, and ask ourselves what conversion of mind, heart and life is the Lord asking of us?" he wrote.

Verbum Domini: Written by the Pope so that the Synod’s work might have a real effect on the life of the Church

God constantly tries to enter into dialogue with the people he created—speaking through creation and even through silence, but mainly in the church through the Bible and through his son Jesus Christ, Pope Benedict XVI said.

In his apostolic exhortation, Verbum Domini (The Word of the Lord), the pope encouraged Catholics to embrace and value each of the ways God tries to speak to humanity.

The document, a papal reflection on the conclusions of the 2008 Synod of Bishops on the Word of God, was released at the Vatican Nov. 11 and emphasized the need to improve Catholics' familiarity with the Bible and with the need to read and understand it in harmony with the church.

The Bible is not a dusty collection of ancient writings addressed only to ancient peoples, he said. But it's also not some sort of private letter addressed to individuals who are free to interpret it any way they please, the pope said in the document, which is close to 200 pages long.

The pope said he wrote Verbum Domini because "I would like the work of the synod to have a real effect on the life of the church: on our personal relationship with the sacred Scriptures, on their interpretation in the liturgy and catechesis, and in scientific research so that the Bible may not be simply a word from the past, but a living and timely word."

Thanks to http://www.catholicnews.com/ [CNS]
Posted by Archbishop Terry at 6:30 AM