O God, source and origin of all fatherhood, who kept the Martyrs Saint Andrew Dung-Lac and his companions faithful to the Cross of your Son, even to the shedding of their blood, grant, through their intercession that, spreading your love among our brothers and sisters, we may be your children both in name and in truth. Through our Lord. 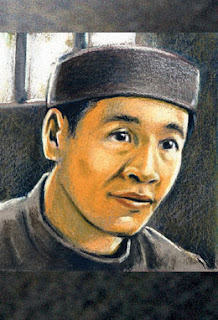 This week, Bishop Vincent Nguyen, Canada's youngest bishop, is attending a special gathering of the hierarchy of Vietnam to celebrate the 400th anniversary of the evangelization of their country.
A high point will be the celebration of today's feast of the Vietnamese Martyrs, one of whom was a distant relative of Bishop Nguyen's.
St. Andrew was one of 117 people martyred in Vietnam between 1820 and 1862. Members of this group were beatified on four different occasions between 1900 and 1951. Now all have been canonized by Pope John Paul II.

Christianity came to Vietnam (then three separate kingdoms) through the Portuguese. Jesuits opened the first permanent mission at Da Nang in 1615. They ministered to Japanese Catholics who had been driven from Japan.


The king of one of the kingdoms banned all foreign missionaries and tried to make all Vietnamese deny their faith by trampling on a crucifix. Like the priest-holes in Ireland during English persecution, many hiding places were offered in homes of the faithful.


Severe persecutions were again launched three times in the 19th century. During the six decades after 1820, between 100,000 and 300,000 Catholics were killed or subjected to great hardship. Foreign missionaries martyred in the first wave included priests of the Paris Mission Society, and Spanish Dominican priests and tertiaries.

Persecution broke out again in 1847 when the emperor suspected foreign missionaries and Vietnamese Christians of sympathizing with a rebellion led by of one of his sons.

The last of the martyrs were 17 laypersons, one of them a 9-year-old, executed in 1862. That year a treaty with France guaranteed religious freedom to Catholics, but it did not stop all persecution.

By 1954 there were over a million and a half Catholics—about seven percent of the population—in the north. Buddhists represented about 60 percent. Persistent persecution forced some 670,000 Catholics to abandon lands, homes and possessions and flee to the south. In 1964, there were still 833,000 Catholics in the north, but many were in prison. In the south, Catholics were enjoying the first decade of religious freedom in centuries, their numbers swelled by refugees.


During the Vietnamese war, Catholics again suffered in the north, and again moved to the south in great numbers. Now the whole country is under Communist rule (http://www.americancatholic.org/).


* * * * * *
Last evening, I was invited by the fledgling Catholic Teachers' Guild of Ottawa to speak to them of Lectio divina, following the 4:30PM Mass at St. Patrick's Basilica. 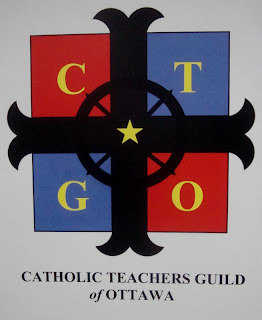 The CTGO is an association of teachers focused on learning, prayer and fraternity. They meet on the third Tuesday of the month for Mass and a business session, a learning session and a social.
Guild members "seek spiritual growth and knowledge of authentic Church teaching as they strive to become effective witnesses to Christ in their classrooms, schools and communities. An important aspect of the Guild is intercessory prayer. Members pray for the Church, vocations to the priesthood and religious life, students, fellow teachers and their families, administrators, schools and Catholic education".

All Catholic educators are welcome, whether in private or publicly-funded schools and post-secondary institutions, retired and supply teachers, teachers working in other fields and students at the faculty of education. For more info, write ctgottawa@gmail.com.

We met in the Scavi, shared the desire of Pope Benedict XVI in his apostolic exhortation Verbum Domini that "the Word will be ever more fully at the heart of every ecclesial activity", then explored the Holy Father's exposition of the five steps in the Divine Reading: lectio (reading), meditatio (meditation), oratio (prayer), contemplatio (contemplation) and actio (action showing that a conversion of heart is underway and is shown in deeds).

We explored, as our trial of lectio divina the readings for the coming First Sunday of Advent, which is predominantly focussed on the Gospel of Matthew. This Sunday also continues the recent Sundays' scriptural lessons centered on the Parousia of Christ (his "second coming" in glory).

Several teachers later shared a meal at a nearby Italian restaurant.

Here are some photos: 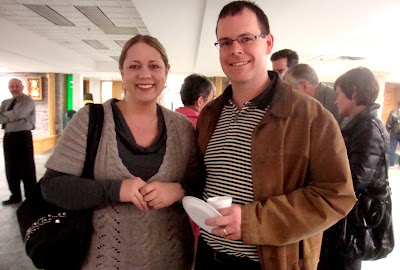 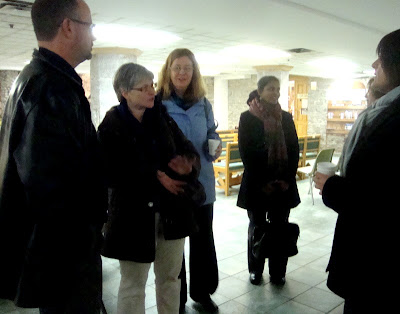 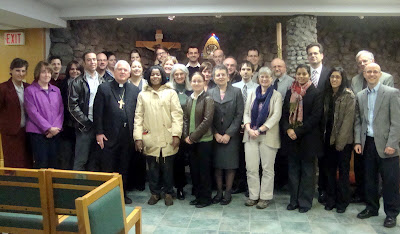 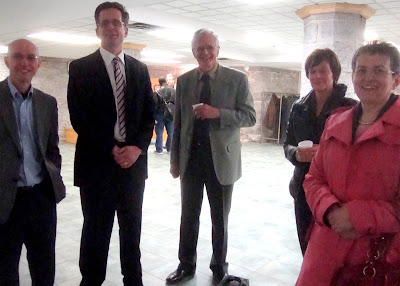 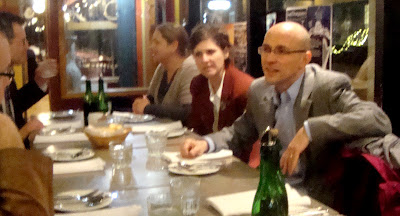