The Day of the Lord - Ordination of Bishop Damphousse in Alexandria


God of might, giver of every good gift, put into our hearts the love of your name, so that, by deepening our sense of reverence, and, by your watchful care, keep safe what you have nurtured. Through our Lord Jesus Christ, your Son, who lives and reigns with you in the unity of the Holy Spirit, one God, for ever and ever.

THE EIGHTH BISHOP
OF ALEXANDRIA-CORNWALL 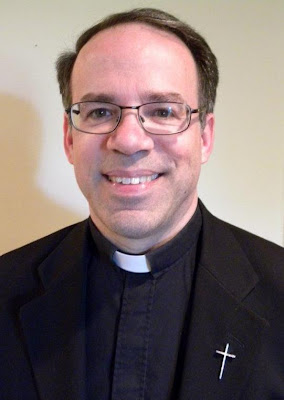 This afternoon, I will travel the one hundred kilometers southeast to the Town of Alexandria for the episcopal ordination of my new neighbour bishop Marcel Damphousse. We had a chance to visit recently, at which time I assured him of my full support and cooperation in his new ministry.

The Alexandria-Cornwall Diocese belongs to the ecclesiastical province of Kingston, so Archbishop Brendan O’Brien will preside as the principal consecrator, assisted by two co-consecrators Archbishop Albert LeGatt of Saint-Boniface and his predecessor, Mgr Paul-Andre Durocher (now of Gatineau) and all the other assisting bishops. 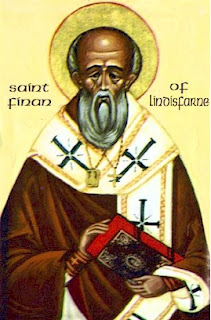 The cathedral in Alexandria is one of the few churches in these parts dedicated to St. Finnan (sometimes spelled Finan), second bishop of Lindisfarne (successor to St. Aidan, mentioned here a couple of days ago); the larger co-cathedral in Cornwall is dedicated to the Nativity of the Blessed Virgin Mary.

At the time of his appointment, Bishop Damphousse was Rector of Saint-Boniface Cathedral in Manitoba.

Born on March 19, 1963, in Saint-Joseph, Manitoba, Bishop Damphousse was ordained a priest on June 28, 1991, for the Archdiocese of Saint-Boniface. He served in a number of parishes before being named Rector of the Cathedral in 2008.

For a number of years, Bishop Damphousse taught at the Manitoba Catholic School of Evangelization, and was vocations director for more than 12 years. Before being appointed Rector of the Cathedral, he was chaplain at St. Boniface Diocesan High School for five years. Before his appointment, he served the Saint Boniface Diocese aa a member of the Diocesan Finance Committee and of the Diocesan Commission for Liturgy; he had also been spiritual director of the TEC (To Encounter Christ) movement over the last eight years.

The Diocese of Alexandria-Cornwall has 29 parishes and missions, with a Catholic population of 55,570, which is served by 29 diocesan priests, one priest who is member of a religious community, 25 Religious Sisters and Brothers, and 19 permanent deacons.

Ŵe wish the youthful (49 years old) bishop a long and fruitful ministry and look forward to the addition of his energy particularly to the ranks of the francophone bishops in L’Assembee des Eveques Catholiques de l’Ontario.


Ad multos annos!
Posted by Archbishop Terry at 6:06 AM