Feast of the Triumph of the Cross - Pope Benedict XVI Travels to Lebanon - Photos from a Visit to St. Louis-Marie de Montfort Parish 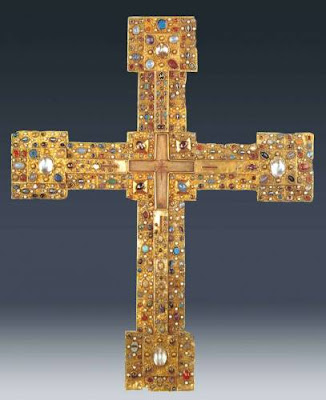 O God, who willed that your Only Begotten Son should undergo the Cross to save the human race, grant, we pray, that we, who have known his mystery on earth, may merit the grace of his redemption in heaven. Through our Lord Jesus Christ, your Son, who lives and reigns with you in the unity of the Holy Spirit, one God, for ever and ever.

Early in the fourth century St. Helena, mother of the Roman Emperor Constantine, went to Jerusalem in search of the holy places of Christ's life. She razed the Temple of Aphrodite, which tradition held was built over the Savior's tomb, and her son built the Basilica of the Holy Sepulcher over the tomb.

During the excavation, workers found three crosses. Legend has it that the one on which Jesus died was identified when its touch healed a dying woman.

The cross immediately became an object of veneration. At a Good Friday celebration in Jerusalem toward the end of the fourth century, according to an eyewitness, the wood was taken out of its silver container and placed on a table together with the inscription Pilate ordered placed above Jesus' head:

Then "all the people pass through one by one; all of them bow down, touching the cross and the inscription, first with their foreheads, then with their eyes; and, after kissing the cross, they move on."

To this day the Eastern Churches, Catholic and Orthodox alike, celebrate the Exaltation of the Holy Cross on the September anniversary of the basilica's dedication.

The feast entered the Western calendar in the seventh century after Emperor Heraclius recovered the cross from the Persians, who had carried it off in 614, 15 years earlier. According to the story, the emperor intended to carry the cross back into Jerusalem himself, but was unable to move forward until he took off his imperial garb and became a barefoot pilgrim.

The cross is today the universal image of Christian belief. Countless generations of artists have turned it into a thing of beauty to be carried in procession or worn as jewelry. To the eyes of the first Christians, it had no beauty. It stood outside too many city walls, decorated only with decaying corpses, as a threat to anyone who defied Rome's authority—including Christians who refused sacrifice to Roman gods.

Although believers spoke of the cross as the instrument of salvation, it seldom appeared in Christian art unless disguised as an anchor or the Chi-Rho until after Constantine's edict of toleration.

"How splendid the cross of Christ! It brings life, not death; light, not darkness; Paradise, not its loss. It is the wood on which the Lord, like a great warrior, was wounded in hands and feet and side, but healed thereby our wounds. A tree has destroyed us, a tree now brought us life" (Theodore of Studios).

Let us pray for the success of Pope Benedict XVI's 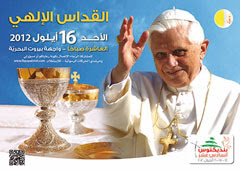 O God, the Shepherd and Ruler of all Your faithful people, mercifully look upon Your servant  Benedict, whom You have chosen as the chief Shepherd to preside over Your Church. We beg You to help him edify, both by word and example, those over whom he has charge, that he may reach everlasting life together with the flock entrusted to him. Through Christ our Lord. Amen.


On Sunday, Mgr Daniel Berniquez and I briefly visited with the faithful of St. Louis-Marie de Montfort Parish, where Father Calixte Kabilisa assumed the cure of souls.  There was a vibrant Mass and a brief reception afterwards for various committee members to share with us their vision of the path ahead for the parishioners.  Francois Bizimana graciously shared photos on the doorstep following Mass; there are a few others taken with my camera. 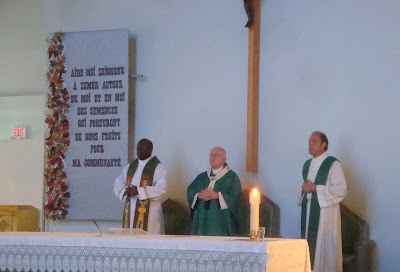 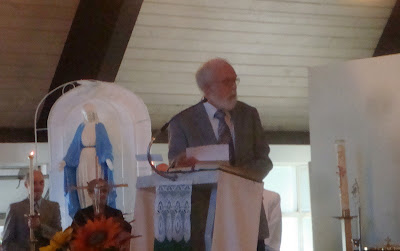 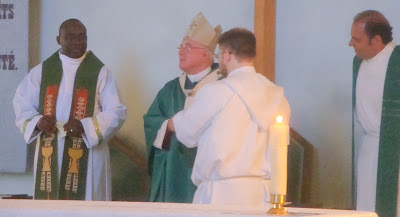 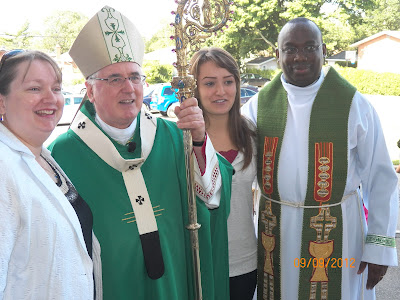 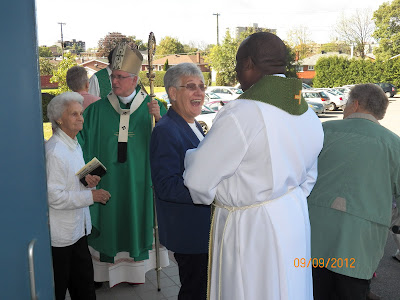 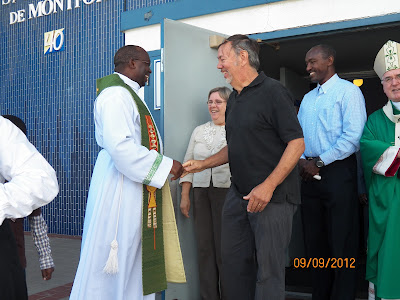 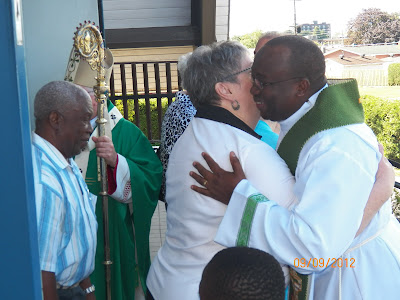 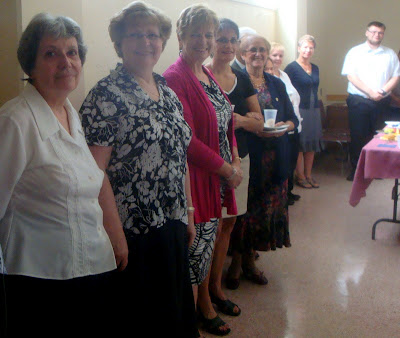 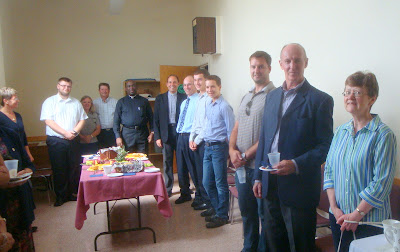 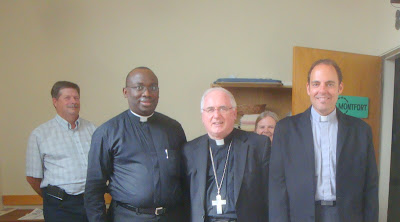 Posted by Archbishop Terry at 6:36 AM