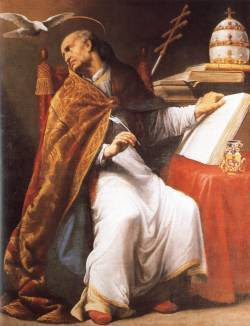 
St. Gregory was born at Rome in 540. He was successively senator and prefect of Rome before the age of 30. After five years he resigned and became a monk, transforming his own house into a Benedictine monastery, and founding six others. At the age of 50 he was elected pope, serving from 590 to 604. In 14 years he accomplished much for the Mystical Body of Christ.

After seeing English children being sold as slaves in Rome, he sent 40 monks, including St. Augustine of Canterbury, from his own monastery to make "the Angles angels." England owes her conversion to him. At a period when the invasion of the barbarian Lombards created a new situation in Europe, he played a great part in winning them for Christ. When Rome itself was under attack, he personally went to interview the Lombard King.

At the same time he watched equally over the holiness of the clergy and the maintenance of Church discipline, the temporal interests of his people of Rome and the spiritual interests of all Christendom. He removed unworthy priests from office, forbade taking money for many services, and emptied the papal treasury to ransom prisoners of the Lombards and to care for persecuted Jews and victims of plague and famine. These deeds and others made him, in the words of an antiphon in his office, "the Father of the City, the joy of the World."

Gregory reformed the liturgy, and it still contains several of his most beautiful prayers. The name "Gregorian chant" recalls this great Pope's work in the development of the Church's music. His commentaries on Holy Scripture exercised a considerable influence on Christian thought in the Middle Ages. St. Gregory died on March 12, 604. His body lies at St. Peter's in Rome. 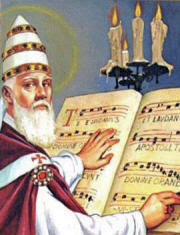 O God, who care for your people with gentleness and rule them in love, through the intercession of Pope Saint Gregory, endow, we pray, with a spirit of wisdom those to whom you have given authority to govern, that the flourishing of a holy flock may become the eternal joy of the shepherds. Through our Lord Jesus Christ, your Son, who lives and reigns with you in the unity of the Holy Spirit, one God, for ever and ever.

DOMINICANS OF CANADA
CELEBRATE 100 YEARS
OF THEIR PROVINCE 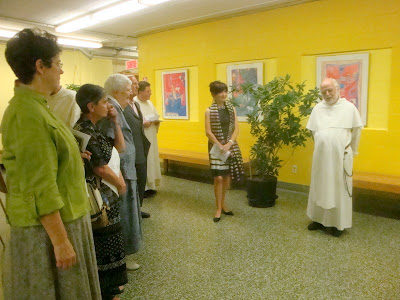 A week ago Saturday (i.e. on August 25), the Canadian Province of the Dominicans (the Order of Friars Preachers) concluded their celebration of the centennial of their foundation as a Province in 1911.

The Master General of the Order, Provincials of their sisters Provinces in the United States, Japan and Rwanda (as well as a Vietnamese Vice-Province located in Calgary), religious superiors of religious congregations of women and men came together at the Couvent St. Albert-le-Grand in Montreal for Solemn Vespers, followed by a tour of the facilities and a festive dinner.

There were works of art produced by Province members and photos of the convents of the Order in Canada; I was taken by one of the church and rectory in Ottawa on the arrival of the Dominicans in 1884 (they had been in Canada forty years before the Province was established).

Some photos of the tour that I took part in and the dinner: 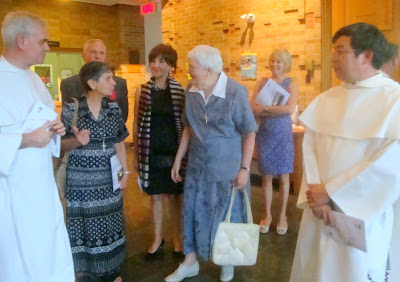 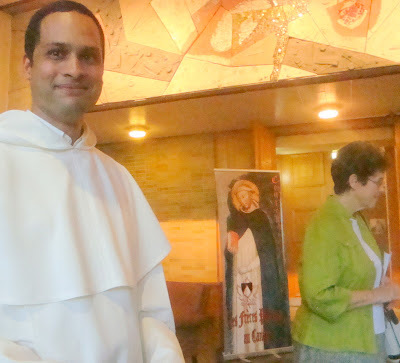 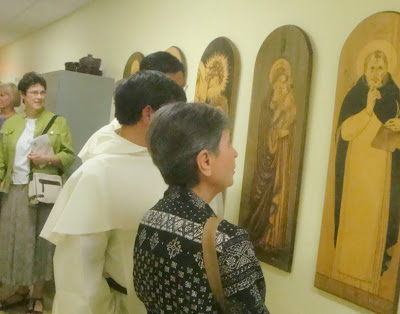 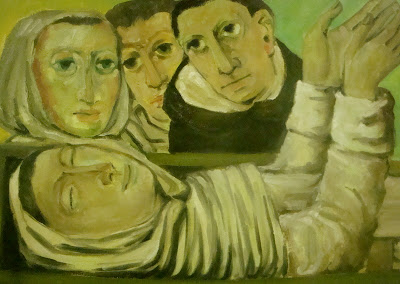 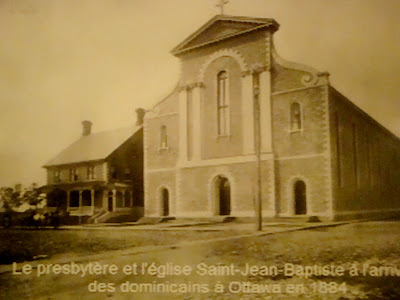 Posted by Archbishop Terry at 6:44 AM