VISITORS OVER THE SUMMER MONTHS


Over the summer months I travel a bit and meet people.  But while at home, people drop in to visit, too, during the summer months.  Here are some photos of visitors in the months of July, August and early September: 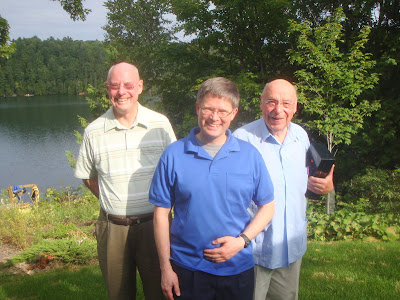 Father Geoffrey Kerslake (above centre, with Msgr. Robert Latour [left] and Archbishop Emeritus Marcel Gervais) has joined our Archbishop's Residence community in his role as Episcopal Vicar for the English Sector.

A few days ago, we were joined by abbe Edwine St. Louis (below) of the Archdiocese of Port-au-Prince (Haiti), who is pursuing a licentiate in Canon Law at St. Paul's University.

Together, the two new members have helped reduce the median age in the house not a little; not only that, they bring energy too! 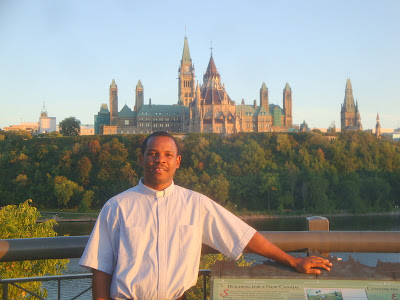 WHY A YEAR OF FAITH

Ever since the start of my ministry as Successor of Peter, I have spoken of the need to rediscover the journey of faith so as to shed ever clearer light on the joy and renewed enthusiasm of the encounter with Christ.

During the homily at the Mass marking the inauguration of my pontificate I said: “The Church as a whole and all her Pastors, like Christ, must set out to lead people out of the desert, towards the place of life, towards friendship with the Son of God, towards the One who gives us life, and life in abundance.”

It often happens that Christians are more concerned for the social, cultural and political consequences of their commitment, continuing to think of the faith as a self-evident presupposition for life in society. In reality, not only can this presupposition no longer be taken for granted, but it is often openly denied.

Whereas in the past it was possible to recognize a unitary cultural matrix, broadly accepted in its appeal to the content of the faith and the values inspired by it, today this no longer seems to be the case in large swathes of society, because of a profound crisis of faith that has affected many people. (Benedict XVI, Porta fidei, #2)


Posted by Archbishop Terry at 6:08 AM