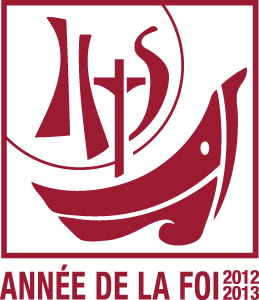 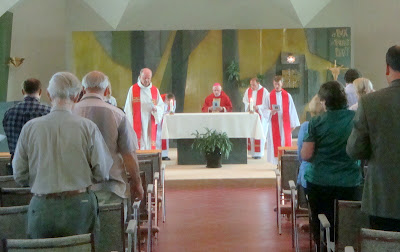 Last Thursday morning, the Diocesan Centre staff gathered in the Chapel for the Mass of the Holy Spirit, invoking God's blessing on the upcoming Pastoral Year that coordinates the life of our diocese in the activity year that begins with the return from summer activities to school and regular social and parish life.

Here are some photos from the Mass and luncheon which followed in the conference room: 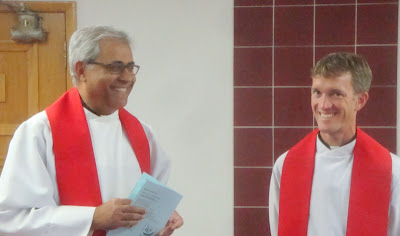 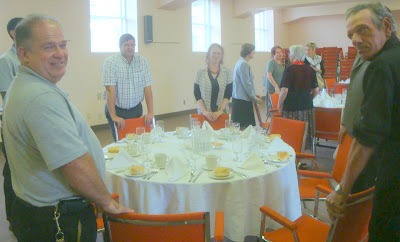 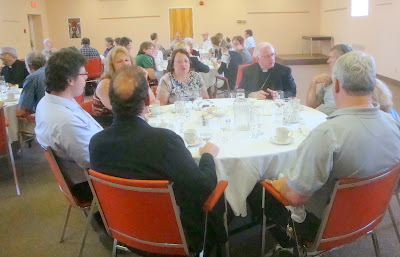 The challenge of this year lies in the overlap with the Year of Faith announced by the Holy Father that will, in effect, overlap for 13 months two pastoral years (October 11, 2012-November 24, 2013).
We have tried to meld the two together by having this pastoral year focus on faith, adopting two texts for our reflection, prayer and outreach in social, educational, spiritual and pastoral ways.
The first is derived from Acts 14.27, wherein the apostles Paul and Barnabas sum up the first missionary voyage from Antioch and back as follows: "They [the apostles] related all that God had done with them and how he had opened a door of faith".  This stresses God's initiative in drawing others to believe through our activities.
The second text recalls an encounter with Jesus in which the apostles ask hm to "increase our faith" (Luke 17.5).
Several graphics will help us keep these themes and aspirations before us in the coming pastoral year that  lasts until the end of June. 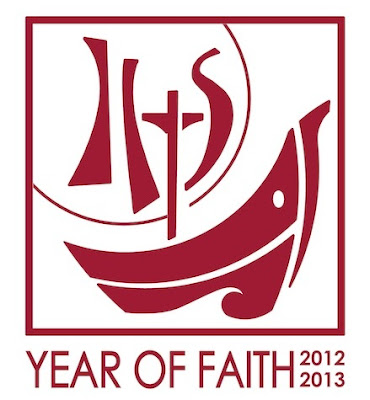 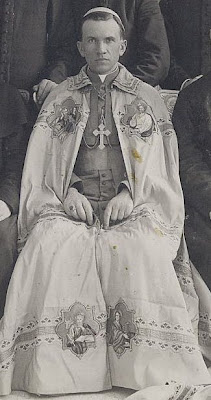 The bishop, now beatified and known as Blessed Nykyta, laid the groundwork for a united Ukrainian Catholic Church in Canada, gathering the scattered clergy, religious and laypeople.


The meeting will be led by Major Archbishop Sviatoslav Shevchuk of Kiev-Halych, Ukraine (pictured below), who said the synod would “fill all our Canadian community with the special blessing of the Holy Spirit, blowing the fresh wind of this Spirit into the sails of the Ukrainian Church in this country” in remarks made in a message read in Canada’s Ukrainian Catholic churches on September 2. 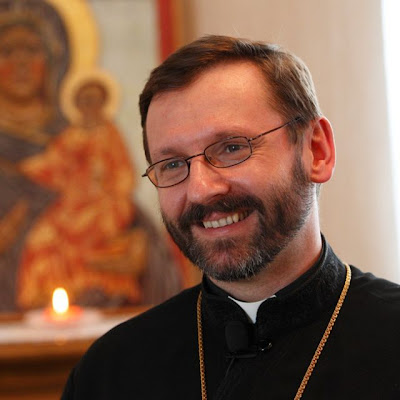 In his message to the Canadians, Shevchuk appealed for their prayers and support for the synod members. He also expressed thanks for the Canadians’ preservation of the Church’s religious and cultural traditions and for their help after the Ukrainian Catholic Church — a Byzantine rite — began emerging from decades of communist oppression in Ukraine late in the 20th century.

The major archbishop began his visit in the Vancouver area Aug. 31 before travelling to Winnipeg. After the synod, he is scheduled to visit Saskatoon and then speak to the Canadian Conference of Catholic Bishops at its 2012 annual plenary in Sainte-Adele, Que., Sept. 24.

He visited Ukrainian Catholics in the Edmonton area in June and was briefly in Ottawa as part of an ecumenical delegation that was received by the Canadian Parliament earlier this year; he will visit Toronto and elsewhere in eastern Canada early in 2013.
Posted by Archbishop Terry at 9:12 AM