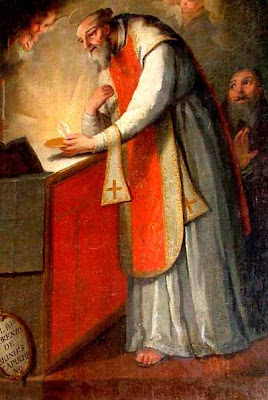 O God, who for the glory of your name and the salvation of souls bestowed on the Priest Saint Lawrence of Brindisi a spirit of counsel and fortitude, grant, we pray, that in the same spirit, we may know what must be done and, through his intercession, bring it to completion. Through our Lord Jesus Christ, your Son, who lives and reigns with you in the unity of the Holy Spirit, one God, for ever and ever.

* * *
St. Lawrence of Brindisi - His name was Julius Caesar, and he was born at Brindisi in the kingdom of Naples in 1559. Educated in Venice at the College of St. Mark, he entered the Capuchins and was given the name Lawrence. Finishing his studies at the University of Padua, he showed a flair for languages, mastering Hebrew, Greek, German, Bohemian, Spanish, and French, and showed an extraordinary knowledge of the text of the Bible.

While still a deacon, St. Lawrence of Brindisi became known as an excellent preacher and after his ordination startled the whole of northern Italy with his amazing sermons. Sent into Germany by the pope to establish Capuchin houses, he became chaplain to Emperor Rudolf II and had a remarkable influence on the Christian soldiers fighting the Muslims when they were threatening Hungary in 1601.

Through his efforts, the Catholic League was formed to give solidarity to the Catholic cause in Europe. Sent by the emperor to persuade Philip III of Spain to join the League, he established a Capuchin friary in Madrid. He also brought peace between Spain and the kingdom of Savoy.

His compassion for the poor, the needy, and the sick was legendary. Elected minister-general of his order in 1602, he made the Capuchins a major force in the Catholic Restoration, visiting every friary in the thirty-four provinces of the order and directing the work of nine thousand friars. He himself was a dominant figure in carrying out the work of the Council of Trent and was described by Pope Benedict XV as having earned "a truly distinguished place among the most outstanding men ever raised up by Divine Providence to assist the Church in time of distress."

In 1619, he undertook a journey to see King Philip III of Spain on behalf of the oppressed people of Naples who were ruled by a tyrannical governor. Lawrence reached Lisbon where the king was residing, and it was there that his last illness overtook him. His body was carried back to Spain and buried in the church of the Poor Clares at Villafranca del Bierzo.

Lawrence was canonized by Pope Leo XIII in 1881 and declared a Doctor of the Church by Pope John XXIII in 1959. [Excerpted from Clifford Stevens, The One Year Book of Saints]


DROPPING IN ON FRIENDS
IN BARRY'S BAY 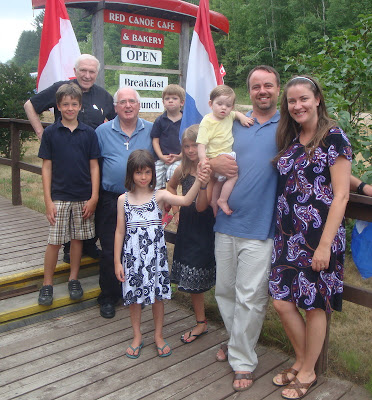 On my way to vacation at my sister Marion and brother in law John Bayfield's cottage at Lake of Bays, a half-way stop has been de rigeur since the Kerrs (Annmarie, Colin, Isaiah, Sarah Grace, Rebecca, Stephen and baby Laurel), friends from my time in Halifax, took up residence there five years ago.

Though they are leaving for Ottawa soon as Colin takes up the role of principal of Maryvale Academy, there is a new reason to visit as Oblate Father Joseph Hattie has become chaplain at Our Lady Seat of Wisdom Academy. Recently, Father Joe had a bout of serious illness that hospitalized him in Pembroke.  He is still recovering from this and has been told by doctors to slow down, something difficult for this zealous priest.  Please keep him in your prayers.

Earlier this week we celebrated Mass at St. Hedwig's Church, where Father Hattie resides, then went out for lunch at Wilno.  Some pix of this gang of friends from around the table: 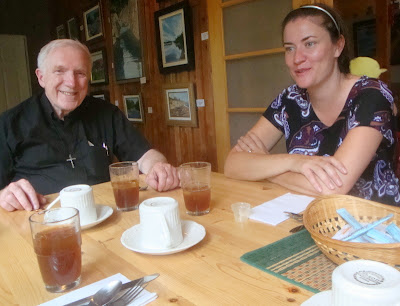 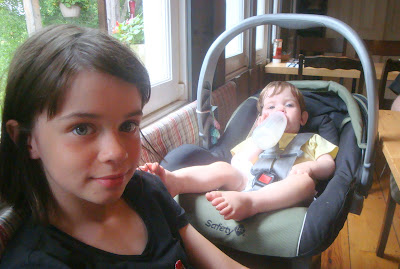 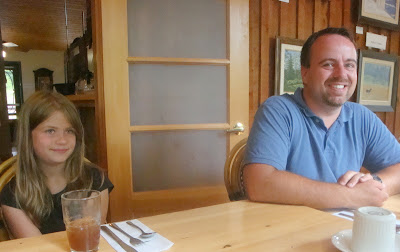 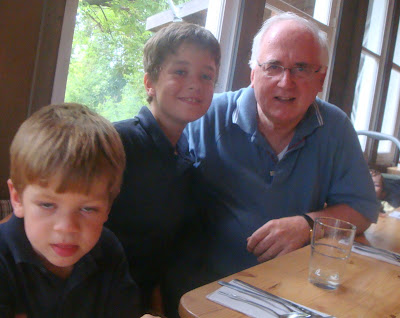 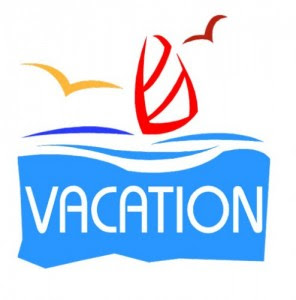 I am away for some R & R until the end of the month: blogging reduced.