Saint Anthony Maria Zaccharia, founder of the Barnabites, was born to a well respected patrician family in 1502 at Cremona, Lombardy, Italy. His father died when he was just two years old, and he was brought up alone by his mother.

He was a bright student and entered the University of Padua to study philosophy, and upon completeing that degree he entered medical school in Padua, and became a doctor at the age of 22. He devoted himself to working among the poor in his native Cremona.

It was in the course of his work there that he recognized his call to the priesthood, and he began to study theology while continuing to treat the poor in the hospitals and the streets. He was ordained at 26, and it is said that when he celebrated his first Mass, angels surrounded the altar.

Anthony continued to work in Cremona, and become famous as a preacher and excellent administrator, and eventually he followed advice to go to Milan and seek a bigger field for his apostolic work. There he met two priests with whom he founded a congregation for secular priests called the Society of the Clerics of Saint Paul, also known as the Barnabites.

With his brother priests he instilled in the faithful a deeper devotion to the sacraments and encouraged the practice of frequent reception of Holy Communion, while continuing his untiring service to the poor and sick.

Worn out by his efforts, he caught fever during a mission and, knowing he was at the end of his life, asked to be taken back to his mother's house in Cremona, where he died peacefully at the age of 37 on July 5, 1539. He is said to have had a vision of St. Paul just before he died.

His body was found in an incorrupt state 27 years after his death, and he was canonized by Pope Leo XIII on May 27, 1897.


* * * * * *
Grant, O Lord, that in the spirit of the Apostle Paul we may pursue the surpassing knowledge of Jesus Christ, for, having learned it, Saint Anthony Zaccaria constantly preached your saving word in the Church. Through our Lord Jesus Christ, your Son, who lives and reigns with you in the unity of the Holy Spirit, one God, for ever and ever.
* * * * * *
Le Nouveau Conseil
de l'Institut Jeanne d'Arc 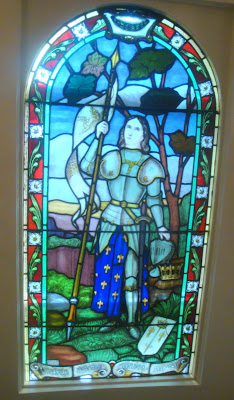 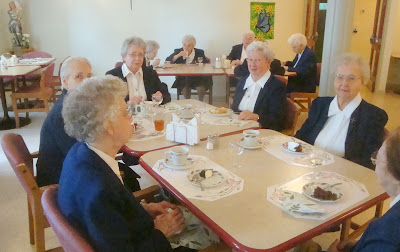 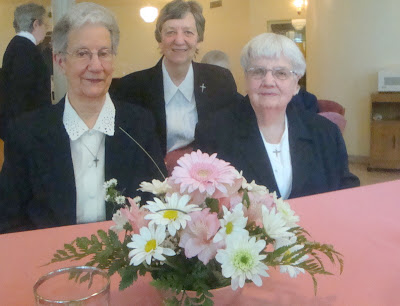 Posted by Archbishop Terry at 5:48 AM