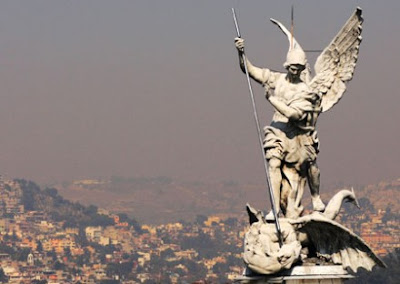 The Saint Who Threw Satan out of Heaven
St Michael the Archangel, who along with the archangels St. Gabriel and St. Raphael and is celebrated in today’s liturgy, provides aid in the spiritual struggle fought in every human soul

The Archangel Michael is honoured as the leader of the heavenly host which threw Satan and his fellow rebels out of heaven.

Today, the Catechism of the Catholic Church stoutly maintains the existence of angels as “true of faith”: “The witness of Scripture is as clear as the unanimity of tradition.”

Angels, the Catechism elucidates, “are servants and messengers of God. Because they ‘always behold the face of my Father who is in heaven’ (Mt 18:10) they are ‘the mighty ones who do his word’ (Ps 103:20).

“The whole life of the Church benefits from the mysterious and powerful help of the angels. From its beginning until death, human life is surrounded by their watchful care and intercession.”

This is a development of Jewish tradition. In the Old Testament there are copious references to angels, although Michael’s status is not precisely clear. In the Book of Daniel, written c 550 BC, he is “the great prince which standeth for the children of thy people”.

Jesus Christ speaks (Mt 26:53) of having “more than 12 legions of angels” potentially at his side. And although the term “archangel” does not appear in the Bible, the reference in Revelation (12:7) to “Michael and his angels” suggests his supremacy.

In Hebrew the name Michael actually means “Who is like unto God?” The implication, which the rebellious angels learned to their cost, is that no one possibly could be like God.

In Catholic tradition, Michael serves four distinct roles. Just as he had defeated Satan in celestial combat, so he provides aid in the spiritual struggle fought in every human soul.

“With me,” the worldly Bishop Blougram explains in Browning’s poem:

Secondly, Michael is present at every deathbed, offering the hope of redemption.

Thirdly, he weighs the merits of the soul after death.

Fourthly, he stands forth as the guarantor of Christ’s promise to the Church that it will endure to the end of time.

The cult of Michael developed in Byzantine Christianity, though stories of his apparition on Monte Gargano (southern Italy) in the late fifth century helped to spread his fame in western Europe.

Around 495, a vision of the archangel in Cornwall apparently led to the naming of St Michael’s Mount. By the end of the Middle Ages nearly 700 churches in England (many of them on high ground) bore Michael’s name. His feast was even retained in the ultra-Protestant Prayer Book of 1549.

Since 1969 the Catholic Church has combined his feast day with those of Gabriel, Raphael “and all angels”. Michael, though, is still in control of the army. (www.catholicherald.co.uk/saintoftheweek)


* * *
O God, who dispose in marvelous order ministries both angelic and human, graciously grant that our life on earth may be defended by those who watch over us as they minister perpetually to you in heaven. Through our Lord. 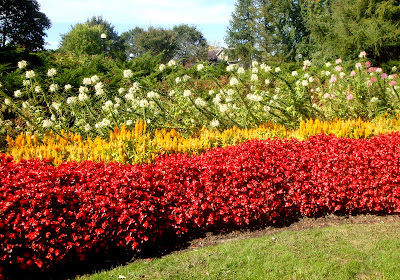 Last week's wonderful weather showed the local colour to great advantage.
In the coming days leading to Thanksgiving Day, some of these charming treasures of nature will be featured. 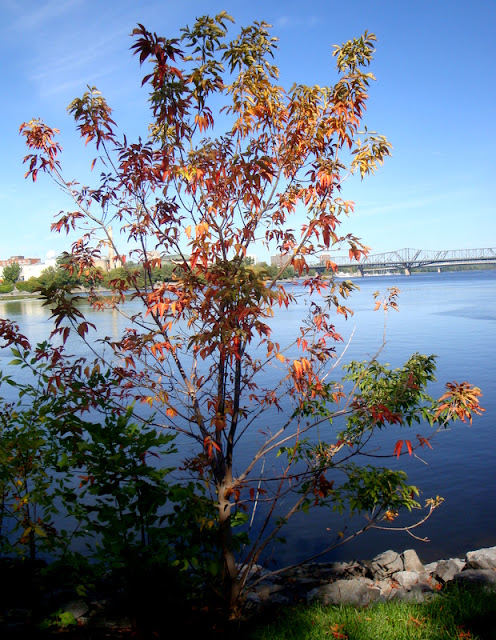