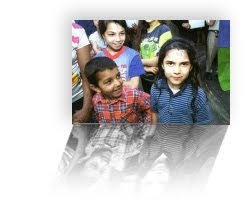 Please join the universal Church in its effort to bring faith and hope to our brothers and sisters in mission countries. World Mission Sunday is a natural opportunity for us to join with parishes around the world in reaching out to those in need of spiritual and material assistance.

The prayers and contributions of parishioners are vital to the day-to-day work of the missionary Church. Your support provides places of prayer and worship, improved health care and education for the poor of the world and support for missionaries. Your efforts provide for the training of thousands of catechists who teach, share and support the faith.

Why does the Society for the Propagation of the Faith (SPF) coordinate World Mission Sunday?

Since 1926 the pope has entrusted SPF the coordination of World Mission Sunday. It is the only organization which supports every mission diocese throughout the world in their journey to become self sufficient. SPF works through local bishops, churches and missionary congregations to ensure that resources are distributed fairly on the basis of need.

ST LUKE, AUTHOR OF ONE QUARTER OF THE NEW TESTAMENT

Luke wrote one of the major portions of the New Testament, a two-volume work comprising the third Gospel and the Acts of the Apostles.

In the two books he shows the parallel between the life of Christ and that of the Church. He is the only Gentile Christian among the Gospel writers.

Tradition holds him to be a native of Antioch, and Paul calls him "our beloved physician" (Colossians 4:14). His Gospel was probably written between A.D. 70 and 85.

Luke appears in Acts during Paul’s second journey, remains at Philippi for several years until Paul returns from his third journey, accompanies Paul to Jerusalem and remains near him when he is imprisoned in Caesarea.

During these two years, Luke had time to seek information and interview persons who had known Jesus. He accompanied Paul on the dangerous journey to Rome where he was a faithful companion. "Only Luke is with me," Paul writes (2 Timothy 4:11).

Luke wrote as a Gentile for Gentile Christians. This Gospel reveals Luke's expertise in classic Greek style as well as his knowledge of Jewish sources.

The character of Luke may best be seen by the emphases of his Gospel, which has been given a number of subtitles:

The Gospel of Mercy: Luke emphasizes Jesus' compassion and patience with the sinners and the suffering. He has a broadminded openness to all, showing concern for Samaritans, lepers, publicans, soldiers, public sinners, unlettered shepherds, the poor. Luke alone records the stories of the sinful woman, the lost sheep and coin, the prodigal son, the good thief.

The Gospel of Universal Salvation: Jesus died for all. He is the son of Adam, not just of David, and Gentiles are his friends too.

The Gospel of the Poor: "Little people" are prominent—Zechariah and Elizabeth, Mary and Joseph, shepherds, Simeon and the elderly widow, Anna. He is also concerned with what we now call "evangelical poverty."

The Gospel of Absolute Renunciation: He stresses the need for total dedication to Christ.

The Gospel of Prayer and the Holy Spirit: He shows Jesus at prayer before every important step of his ministry. The Spirit is bringing the Church to its final perfection.

The Gospel of Joy: Luke succeeds in portraying the joy of salvation that permeated the primitive Church.

"Then [Jesus] led them [out] as far as Bethany, raised his hands, and blessed them. As he blessed them he parted from them and was taken up to heaven. They did him homage and then returned to Jerusalem with great joy, and they were continually in the temple praising God" (Luke 24:50-53).

St. Luke has been invoked by the following as their Patron Saint: artists, brewers, butchers, doctors, notaries, painters, physicians, surgeons.

His feast day's association this year with the World Mission Sunday is most apt and he should certainly be invoked by those involved in the New Evangelization of our time such as Catholic Christian Outreach (CCO), which today celebrates its Foundation Day (1988).

CCO members in the Archdiocese of Ottawa (there are many because their HQ are in the Diocesan Centre and missionaries are present at the University of Ottawa and Carleton University) anticipated this annual observance on Friday with a Mass presided by Vicar General Msgr. Kevin Beach, that included renewal of their commitment as "first responders" to the spiritual needs of our college and university students.

Blessed Foundation Day to all CCOers!
Posted by Archbishop Terry at 6:18 AM