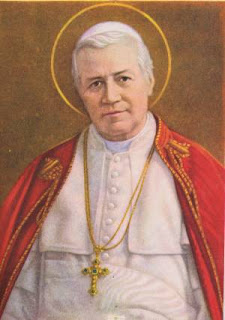 When I was growing up in Ahuntsic (in north-end Montreal), the new curate Father J. David Fitzpatrick began a club for young men interested in the priesthood and entrusted us to our patron, St. Pius X, canonized in 1954.

From that time, I have always maintained a devotion to this early 20th century saint as well as grown in friendship with "Father Fitz" (recently retired after more than fifty years of service in the Archdiocese of Montreal).

The Pius X club has given way to other models of priestly discernment, including the "Quo Vadis?"group (literally "where are you going?"), directed by Ottawa's Director of Vocations Fr. Tim McCauley on the third Friday of each month (there is a session planned for this evening). Men interested in future sessions should contact Fr. Tim (613-445-3054 or tmccauley@archottawa.ca).

Another discernment group--for both men and women, thinking of the consecrated life and/or priesthood is called "Duc in altum" ("Put out into the deep", Luke 5:4).

The group meets once a month during the Pastoral Year (September-June) with the hopes of coming to a conclusion as to where the Lord is drawing them. For information, contact Ottawa's English Sector Youth Director, Ted Hurley (613-738-5025; thurley@archottawa.ca). 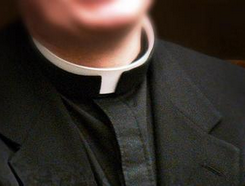 Meantime, the Archdiocesan website has begun an occasional series of reflections by priests on their experience of this wonderful vocation.

The series begins with the reflections of our youngest priest, Father Jonathan Blake, ordained on May 2 and, after two months at Notre Dame Cathedral Basilica is now serving at Annunciation of Our Lord Parish in Gloucester (www.archottawa.ca). 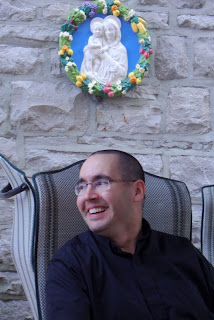 Posted by Archbishop Terry at 10:30 AM