Every year in early August, the Knights of Columbus holds its Supreme Convention to which most consitutencies send representation. Including bishops, though I have not been very regular in attendance.

Though not for lack of interest, for it seems there is regularly some other worthy but conflicting event to impede my participation: the Catholic Biblical Association of America's Annual Convention (drawing to its conclusion today at Omaha's Creighton Jesuit University), CCO activities, the launch of Steubenville Atlantic in 2007, etc.

Several years ago the Supreme Convention was in Montreal to mark the centennial of KofC presence in Canada; last year it was in Quebec City, shortly after the International Eucharistic Congress.

This is my third supreme convention; in the "hot as blazes" Scottsdale, Arizona, part of greater Phoenix.

My host, Archbishop Albert LeGatt got up at 5am to take me to Saskatoon's John Diefenbaker International Airport for a 6:30 flight to Denver, with a connecting flight to Phoenix. 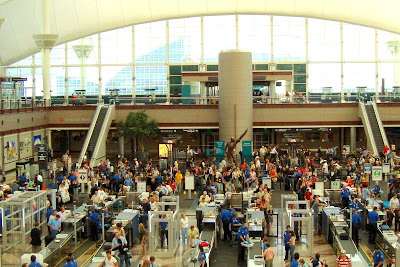 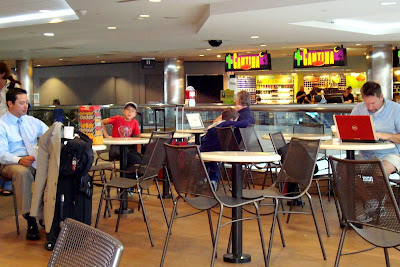 There was a two-hour lay-over in Denver, so I got out my trusty camera to get shots of the airport's activities: very busy security clearance activity; lots of folks making use of the free wireless (though my laptop just wouldn't kick in!) and not much activity in the interfaith chapel, so a very quiet place to pray tierce at 9:30am. 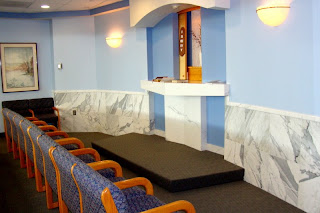 The Knights at Phoenix's Skyharbor Inter-national Airport were well-organized in meeting me and the Archbishop of Yucatan, Mexico, everyone fairly delighting in informing us just how hot it was (107 Fahreheit) and would get (they were predicting 115 degrees).

Unfortunately, I missed this morning's Opening Mass of the Convention presided by Phoenix Bishop Thomas Olmstead, but I was able to celebrate on arrival with a kindly knight who showed me where the small chapel was located in the Marriott Hotel. My Mass was offered for the priests of the world, particularly my own in Ottawa on this feast of the Cure of Ars.

This evening, there will be the delightful States Dinner when there is a lot of "rah-rah" cheering for the home team and one's neighbour states (Canadian Provinces) at a full-regalia banquet. Always most enjoyable.

The view from my window: 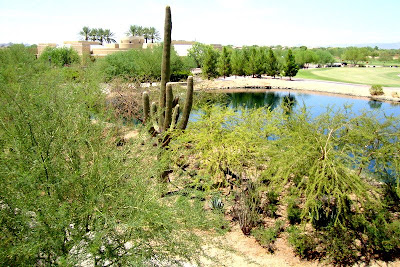 Posted by Archbishop Terry at 6:41 PM