Photos from the Weekend Pilgrimage 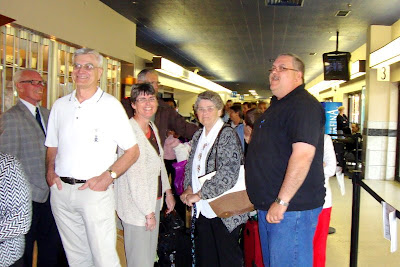 Mike Budge, the pilgrimage organizer, calms down the concerned pilgrims, assuring them a bus is on its way

Pilgrimage Is Not Tourism
Travel to shrines differs from ordinary travel in that travellers expect everything to be just as they hoped (no glitches, no problems, everything smooth and easy). Pilgrims, by contrast, expect that their journey will be a revelation, a series of encounters and that when things go amiss, somehow God is involved and there are spiritual gifts to be anticipated.

Bus #01 pilgrims did not have to wait long to be tested regarding their trust in God. Some, having arrived as early as 5AM for a 6:20 rendez-vous and anticipated 6:30 departure discovered that someone had forgotten about this group. By the time the driver was secured and arrived, the departure took place shortly after 7:30. The planner had given the driver a Mapquest printout that indicated only how to get to Cap-de-la-Madeleine but not to the shrine. We got lost and had to ask at St. Louis de France rectory for directions. Which meant an 11:05 arrival and a scramble to hold the 11 o'clock Mass until 11:15 so the Archbishop of Ottawa could preside for the full church (the Novena for the Assumption had begun a couple of days earlier and the crowds were now arriving). 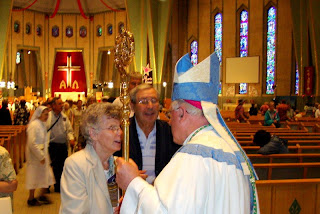 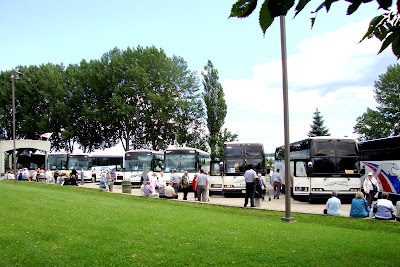 Nine buses are in the pilgrimage convoy; here they are in the loading bays at the Cape 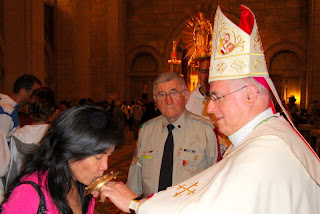 Venerating the relic of St. Ann following the torch-lit procession with the Blessed Sacrament and evening devotions 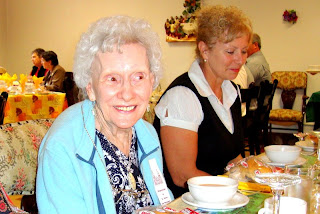 Mrs. Hotte from Rockland has been participating in the Ottawa pilgrimage for 45 years 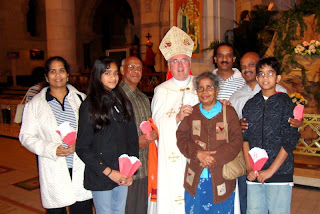 A Tamil family from Toronto poses for a photo 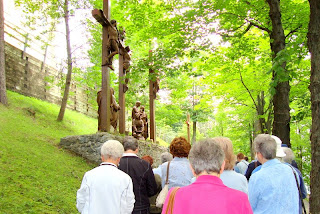 The Way of the Cross on the hill opposite the shrine at St. Anne-de-Beaupre, one of many devotions on the weekend 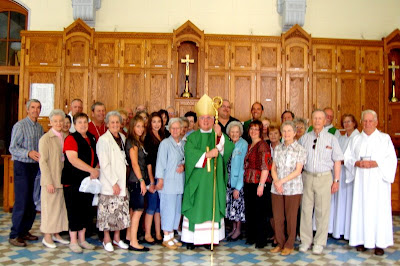 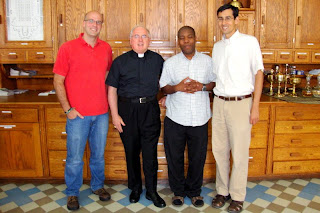 Jesuit scholastics from Haiti, Spain and the USA come to visit with me after the Sunday morning Mass at St. Anne's shrine 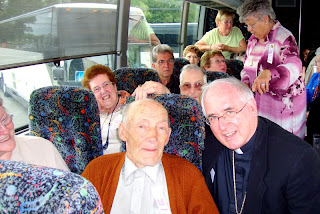 Our oldest pilgrim was 91 years old; the youngest were a couple of teenage girls 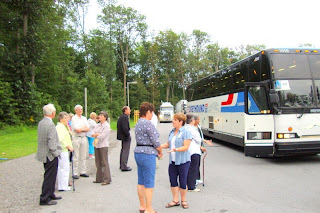 Getting some distance from a stinky bus!

Our on board washroom broke down on the way home (not a problem for pilgrims--well, at least not after our patient and steady driver Claude Lemieux stopped to buy some high-powered cleanser).

The traffic congestion in Montreal and on arrival in Ottawa saw our return set back 1 1/2 hours but these difficulties were nothing by comparison with the graces and blessings received.
Posted by Archbishop Terry at 10:45 PM