More on the Apostleship of Prayer 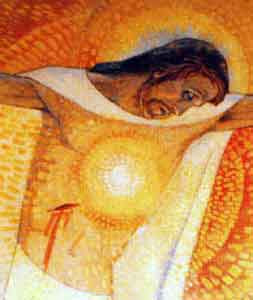 MORE ON JUNE AS THE MONTH OF THE SACRED HEART DEVOTION


Pope John Paul II, on the occasion of the 150th anniversary of the Apostleship of Prayer in 1994, wrote:

"As the dawn of the third millennium approaches a world in which many sectors have become quite pagan, it is obvious how urgent it is for members of the Apostleship of Prayer to be involved in the service of the new evangelization. For Christ has come to preach the Good News to the poor, and the Apostleship of Prayer has always considered itself a form of popular piety for the masses.

"As such it has performed an important service during the past hundred and fifty years by giving new life to people's awareness of how valuable their lives are to God for the building up of His Kingdom."

Truly the Apostleship of Prayer is the Pope's own "prayer group." It is, as Pope John Paul II wrote in 1985, "a precious treasure from the Pope's heart and the Heart of Christ."

By the year 2000, the Apostleship of Prayer had over 40 million members, 50 different Messengers of the Sacred Heart, and 40 other periodicals.

The Canadian Messenger of the Sacred Heart now has a website: (sacredheartcanada.com); the United States Apostleship of Prayer site is one of my links. Director Fr. Jim Kubicki’s blog is always an interesting spiritual read.

In a letter to then Jesuit Superior General Peter Hans Kolvenbach, the Holy Father noted that Jesuits have always been "extremely active in the promotion of this essential devotion," something he wished to reaffirm as important for the Church’s inner life.

The Pope observed that this devotion consists fundamentally in "the contemplation of the 'side pierced by the spear,' in which shines the limitless will of salvation on the part of God."

And so, he stated, "it cannot be considered as a passing form of worship or devotion". "Adoration of the love of God, which has found in the symbol of the 'pierced heart' its historical-devotional expression, continues to be vital for a living relationship with God."
Posted by Archbishop Terry at 4:48 PM