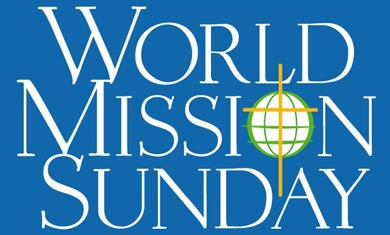 Almighty ever-living God, grant that we may always conform our will to yours and serve your majesty in sincerity of heart. Through our Lord Jesus Christ, your Son, who lives and reigns with you in the unity of the Holy Spirit, one God, for ever and ever. 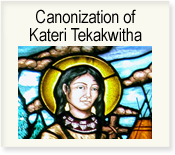 The “Lily of the Mohawks” was a virgin of the Mohawk tribe, here origins are also traced to the Algonquian Nation through her mother. Her parents and brother died of smallpox when she was four years old, and so she was adopted by her aunt. Smallpox still dotted her face and impaired her eyesight ("Tekakwitha" means the one who bumps into things). Despite these obstacles, Kateri (named in honour of St. Catherine of Siena) shunned all marriage proposals and lived chastely.

In 1667, Jesuit missionaries arrived at her tribe, and it was then that she converted to Christianity, accepting baptism later. Shunned and abused by relatives for her faith, Tekakwitha escaped to a cabin where she practiced austere mortifications and is said to have experienced union with God in prayer.

Upon her death, a devotion to her started immediately among her people. Today many pilgrims visit her grave in Kahnawake, Quebec, in the diocese of St-Jean-Longueuil on the south shore of Montreal, where a monument to her memory was erected in 1884.


Since Friday afternoon, the facade of St. Peter's Vatican Basilica has been festooned with images of the seven new saints to be proclaimed by Pope Benedict XVI prior to today's Mass on World Mission Sunday and at the two-thirds mark of the Synod of Bishops on the New Evangelization. 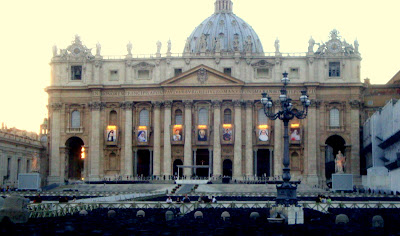 Here is the one of Saint Kateri Tekakwitha: 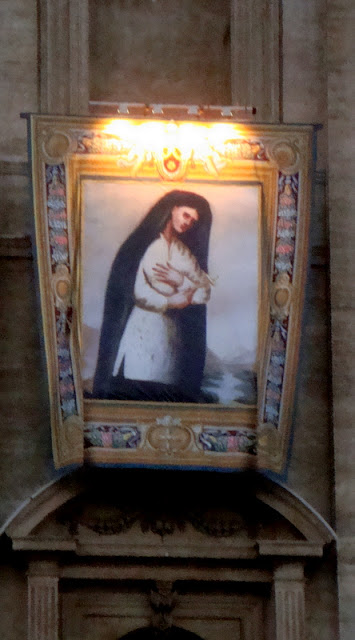 The six other saints being canonized today are:

Mother Marianne Cope, who led led a group of sisters from New York to the Hawaiian Islands in 1883 to establish a system of nursing care for leprosy patients.

Jesuit Father Jacques Berthieu, who was born in Polminhac, France, and was martyred June 8, 1896, in Ambiatibe, Madagascar.

Father Giovanni Battista Piamarta, an Italian priest and founder of the Congregation of the Holy Family of Nazareth for men and the Humble Servants of the Lord for women. He died in 1913.

Carmen Salles y Barangueras, the Spanish founder of the Sisters of the Immaculate Conception. She worked with disadvantaged girls and prostitutes and saw that early education was essential for helping young women. She died in 1911.

Anna Schaffer, a lay German woman who wanted to be a missionary, but could not because of a succession of physical accidents and diseases. She accepted her infirmity as a way of sanctification. Her grave has been a pilgrimage site since her death in 1925.