Saint Ignatius of Antioch, Bishop and Martyr - Want to Read the Catechism in a Year? - Sunday 29B 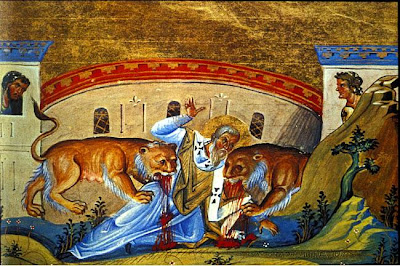 Almighty ever-living God, who adorn the sacred body of your Church with the confessions of holy Martyrs, grant, we pray, that, just as the glorious passion of Saint Ignatius of Antioch, which we celebrate today, brought him eternal splendor, so it may be for us unending protection. Through our Lord Jesus Christ, your Son, who lives and reigns with you in the unity of the Holy Spirit, one God, for ever and ever.


READ THE CATECHISM IN ONE YEAR

Just before the Year of Faith began, I signed up to havesent to my in-box every day a selection from the Catechism of the Catholic Church. Today is Day 7, but you can join any time and catch up (or jump ahead).  To subscribe with more than 27,000 others, go to www.flocknote.com/catechism and sign up.  Here is a taste of what awaits you, the first paragraph of the Catechism:

God, infinitely perfect and blessed in himself, in a plan of sheer goodness freely created man to make him share in his own blessed life. For this reason, at every time and in every place, God draws close to man. He calls man to seek him, to know him, to love him with all his strength. He calls together all men, scattered and divided by sin, into the unity of his family, the Church. To accomplish this, when the fullness of time had come, God sent his Son as Redeemer and Saviour. In his Son and through him, he invites men to become, in the Holy Spirit, his adopted children and thus heirs of his blessed life. 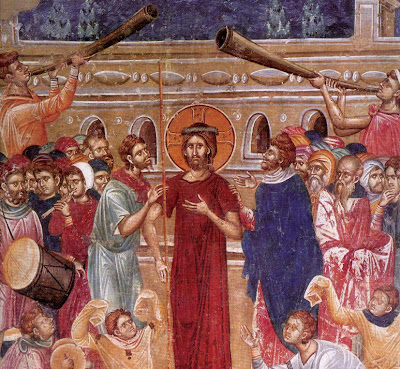 Today the Church worldwide observes World Mission Sunday. This year's theme reminds Catholics of Jesus’ words, “as the Father sent me, so I am sending you”. Disciples are called to live out their faith within their family life, at work, and in civic society in such a way that, in effect, they continue Christ's work of evangelizing the people close at hand, in their homeland.

This year the celebration of World Mission Day has a very special meaning. The 50th anniversary of the conciliar decree Ad Gentes, the opening of the Year of Faith and the Synod of Bishops on the theme of the New Evangelization contribute to reaffirming the Church’s desire to engage with more courage and zeal ... so that the Gospel reaches the ends of the earth.

The Second Vatican Council, with the participation of Catholic Bishops from all corners of the earth, was a truly luminous universal sign of the Church. Missionary and local Bishops together with Pastors from communities scattered among non-Christian populations brought during the Council the image of a Church present in all Continents.

Pastors of young Churches, animated by the passion for spreading the Kingdom of God, have contributed significantly to reaffirming the necessity and urgency of the evangelization Ad Gentes (to the nations of the world).

World Mission Sunday summons the followers of Jesus to go beyond their own limited horizons and contribute, by prayer, by financial offerings and by interesting themselves in the efforts of missionaries engaged in spreading the gospel to the mission ad gentes. This mission is directed to nations and peoples who have not yet heard of Christ and his saving self-offering (“a ransom for many”).

'Evangelization', Blessed Pope John Paul II declared, “is a service to humanity. It prepares humankind to achieve the plan of God, to be united with God, thus enabled to become a people liberated from injustices and filled with feelings of authentic solidarity”.

In a manner of speaking, believing disciples must be led by the Spirit to take upon themselves the outlook of Christ who filled the role of a mysterious suffering servant of God. Heralded by Isaiah, this selfless servant “shall make many righteous...shall bear their iniquities”.

The self-serving expectations of James and John (“grant us to sit, one at your right hand and one at your left, in your glory”), are the antithesis of Jesus' disposition and could evoke in hearers or readers of Mark a harsh judgment against them. Jesus, however, knowing that idealism and ambition are frequently mixed together in a person's psyche, explored this issue with His disciples. In doing so, Jesus wished to free them from self-interest and redirect their ambition towards his example of generous self-offering.

When the sons of Zebedee said they could drink his cup and be baptized with his baptism, Jesus accepted their assertion. Then, slowly and patiently he set their motives right. They thought the 'cup' and the “baptism”—symbols of suffering—were means to glory. Jesus taught them to see them as means to fellowship with him, as the way to follow him through death to risen life.

The other ten “began to be angry with James and John”. We should scarcely expect they had a different disposition from James and John. Rather, we must imagine they were jealous that the sons of Zebedee had got their bid in ahead of them.

To the Twelve Jesus explained that in the Kingdom of God things had to be different than in world of power relationships (“among the Gentiles those whom they recognize as their rulers lord it over them”). Jesus' way is summarized in a couple of maxims: “Whoever wishes to be great among you must be your servant. Whoever wishes to be first among you must be slave of all”.

Jesus let his followers learn that true discipleship, modelled on his own, manifests itself in a costly pouring out of one's life for another. This may be for an aging parent, a difficult spouse, a special child or as a missionary in a distant land. “For the Son of Man came not to be served but to serve, and to give his life as a ransom for many”. Only Jesus is the redeemer of the world, but disciples are invited to pour out their lives to benefit others as he did.

Jesus' empathy with disciples leads him to continue now in heaven his intercession at God's right hand. In stressing Christ's compassion for humanity, the Christian homilist who authored Hebrews underlined Jesus' ongoing help. Christians are to manifest to the Lord Jesus their needs: “Let us therefore approach the throne of grace with boldness, so that we may receive mercy and find grace in time of need”.
Posted by Archbishop Terry at 6:15 AM