The Little Flower: Patron of the Missions (with St. Francis Xavier) - Silver Jubilee of Sainte-Marie


Marie Thérèse Martin was born at Alençon, France on January 2, 1873, the youngest of five daughters. Her father, Louis, was a watchmaker, and her mother, Zelie, who died of breast cancer when Thérèse was four, was a lace maker.

She was brought up in a model Christian home. While still a child she felt the attraction of the cloister, and at fifteen obtained permission to enter the Carmel of Lisieux. For the next nine years she lived a very ordinary religious life.

There are no miracles, exploits or austerities recorded of her. She attained a very high degree of holiness by carrying out her ordinary daily duties with perfect fidelity, having a childlike confidence in God's providence and merciful love and being ready to be at the service of others at all times.

She also had a great love of the Church and a zeal for the conversion of souls. She prayed especially for priests. She died of consumption on September 30, 1897, at the age of 24, and was canonized in 1925. She has never ceased to fulfill her promise: "I will pass my heaven in doing good on earth." 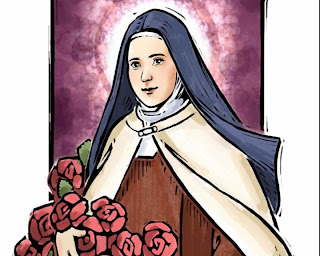 
Therese Martin, a discalced Carmelite of Lisieux, ardently desired to be a missionary. She was one, to the point that she could be proclaimed patroness of the missions. Jesus himself showed her how she could live this vocation: By fully practicing the commandment of love, she would be immersed in the very heart of the church's mission, supporting those who proclaim the Gospel with the mysterious power of prayer and communion. Thus she achieved what Vatican Council 11 emphasized in teaching that the church is missionary by nature (cf. Ad Gentes, No. 2). Not only those who choose the missionary life, but all the baptized are in some way sent ad gentes.

This is why I chose this missionary Sunday to proclaim St. Therese of the Child Jesus and the Holy Face a doctor of the universal church: a woman, a young person, a contemplative.

Everyone thus realizes that today something surprising is happening. St. Therese of Lisieux was unable to attend a university or engage in systematic study. She died young. Nevertheless, from this day forward she will be honored as a doctor of the church, an outstanding recognition which raises her in the esteem of the entire Christian community far beyond any academic title.

Indeed, when the magisterium proclaims someone a doctor of the church, it intends to point out to all the faithful, particularly to those who perforin in the church the fundamental service of preaching or who undertake the delicate task of theological teaching and research, that the doctrine professed and proclaimed by a certain person can be a reference point, not only because it conforms to revealed truth but also because it sheds new light on the mysteries of the faith, a deeper understanding of Christ's mystery. The council reminded us that, with the help of the Holy Spirit, understanding of the depositum fidei continually grows in the church, and not only does the richly contemplative study to which theologians are called, not only does the magisterium of pastors, endowed with the "sure charism of truth," contribute to this growth process, but also that "profound understanding of spiritual things" which is given through experience, with a wealth and diversity of gifts, to all those who let themselves be docilely led by God's Spirit (cf. Dei Verbum, No. 8). Lumen Gentium, for its part, teaches that God himself "speaks to us" (No. 50) in his saints. It is for this reason that the spiritual experience of the saints has a special value for deepening our knowledge of the divine mysteries, which remain ever greater than our thoughts, and not by chance does the church choose only saints to be distinguished with the title of "doctor."

Therese of the Child Jesus and the Holy Face is the youngest of all the doctors of the church, but her ardent spiritual journey shows such maturity and the insights of faith expressed in her writings are so vast and profound that they deserve a place among the great spiritual masters.

In the apostolic letter I wrote for this occasion, I stressed several salient aspects of her doctrine. But how can we fail to recall here what can be considered its high point, starting with the account of the moving discovery of her special vocation in the church? "Charity," she wrote, "gave me the key to my vocation. I understood that if the church had a body composed of different members, the most necessary and most noble of all could not be lacking to it, and so I understood that the church had a heart and that this heart was burning with love. I understood that it was love alone that made the church's members act, that if love were ever extinguished apostles would not proclaim the Gospel and martyrs would refuse to shed their blood. I understood that love includes all vocations.... Then in the excess of my delirious joy, I cried out: '0 Jesus, my love ... at last I have found my vocation, my vocation is love!" (Ms. B, 3v°). This is a wonderful passage which suffices itself to show that one can apply to St. Therese the Gospel passage we heard in the Liturgy of the Word: "I thank you Father, Lord of heaven and earth, that you have hidden these things from the wise and understanding and revealed them to babes" (Mt. 11:25).

Therese of Lisieux did not only grasp and describe the profound truth of love as the center and heart of the church, but in her short life she lived it intensely. It is precisely this convergence of doctrine and concrete experience, of truth and life, of teaching and practice, which shines with particular brightness in this saint and which makes her an attractive model especially for young people and for those who are seeking true meaning for their life.

Before the emptiness of so many words, Therese offers another solution, the one Word of salvation which, understood and lived in silence, becomes a source of renewed life. She counters a rational culture, so often overcome by practical materialism, with the disarming simplicity of the "little way" which, by returning to the essentials, leads to the secret of all life: the divine love that surrounds and penetrates every human venture. In a time like ours, so frequently marked by an ephemeral and hedonistic culture, this new doctor of the church proves to be remarkably effective in enlightening the minds and hearts of those who hunger and thirst for truth and love.

St Therese is presented as a doctor of the church on the day we are celebrating World Mission Sunday. She had the ardent desire to dedicate herself to proclaiming the Gospel, and she would have liked to have crowned her witness with the supreme sacrifice of martyrdom (cf. Ms. B, 3r°). Moreover, her intense personal commitment supporting the apostolic work of Father Maurice Belliere and Father Adolphe Rulland, missionaries respectively in Africa and China, is well known. In her zealous love for evangelization, Therese had one ideal, as she herself says: "What we ask of him is to work for his glory, to love him and to make him loved" (Letter 220).

The way she took to reach this ideal of life is not that of the great undertakings reserved for the few, but on the contrary, a way within everyone's reach, the "little way," a path of trust and total self-abandonment to the Lord's grace. It is not a prosaic way, as if it were less demanding. It is in fact a demanding reality, as the Gospel always is. But it is a way in which one is imbued with a sense of trusting abandonment to divine mercy, which makes even the most rigorous spiritual commitment light.

Because of this way in which she receives everything as "grace," because she puts her relationship with Christ and her choice of love at the center of everything, because of the place she gives to the ardent impulses of the heart on her spiritual journey, Therese of Lisieux is a saint who remains young despite the passing years, and she is held up as an eminent model and guide on the path of Christians as we approach the third millennium.

Therefore the church's joy is great on this day that crowns the expectations and prayers of so many who have understood, in requesting the title of doctor, this special gift of God and have supported its recognition and acceptance. We would all like to give thanks to the Lord together, particularly with the professors and students of Rome's ecclesiastical universities, who in recent days have begun the new academic year.

Yes, 0 Father, we bless you, together with Jesus (cf. Mt. 11:25), because you have "hidden your secrets from the wise and understanding" and have revealed them to this "little one" whom today you hold up again for our attention and imitation.

Thank you for the wisdom you gave her, making her an exceptional witness and teacher of life for the whole church!

Thank you for the love you poured out upon her and which continues to illumine and warm hearts, spurring them to holiness.

The desire Therese expressed to "spend her heaven doing good on earth" (Opere Complete, p. 1050), continues to be fulfilled in a marvelous way.

Thank you Father, for making her close to us today with a new title, to the praise and glory of your name forever and ever. Amen!


(Homily of Blessed Pope John Paul II at the Mass during which Therese of Lisieux was proclaimed a Doctor of the Church, October 19, 1997). 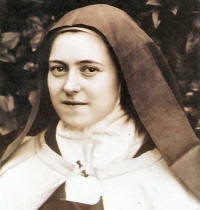 O God, who open your Kingdom to those who are humble and to little ones, lead us to follow trustingly in the little way of Saint Therese, so that through her intercession we may see your eternal glory revealed. Through our Lord Jesus Christ, your Son, who lives and reigns with you in the unity of the Holy Spirit, one God, for ever and ever. 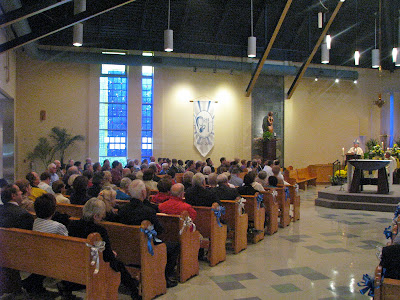 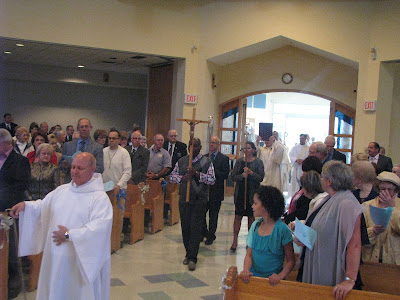 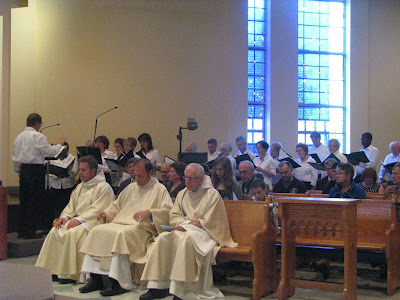 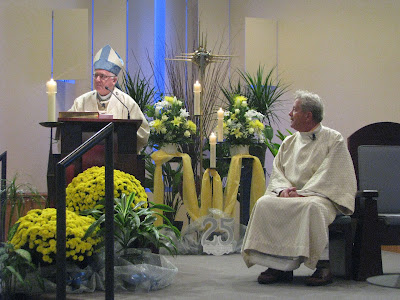 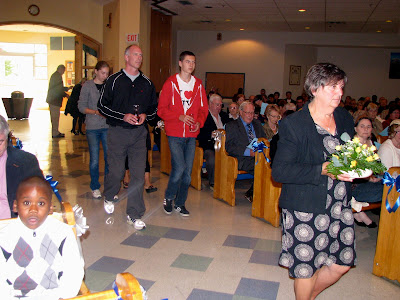 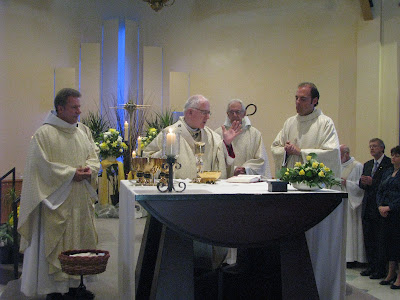 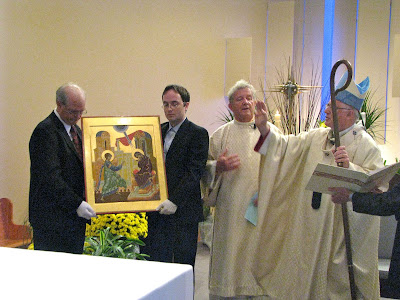 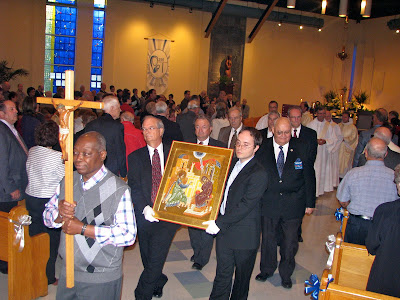