Saint Daniel Comboni, Bishop and Missionary - Sunday 28B: Jesus and the Rick Young Man He Loved 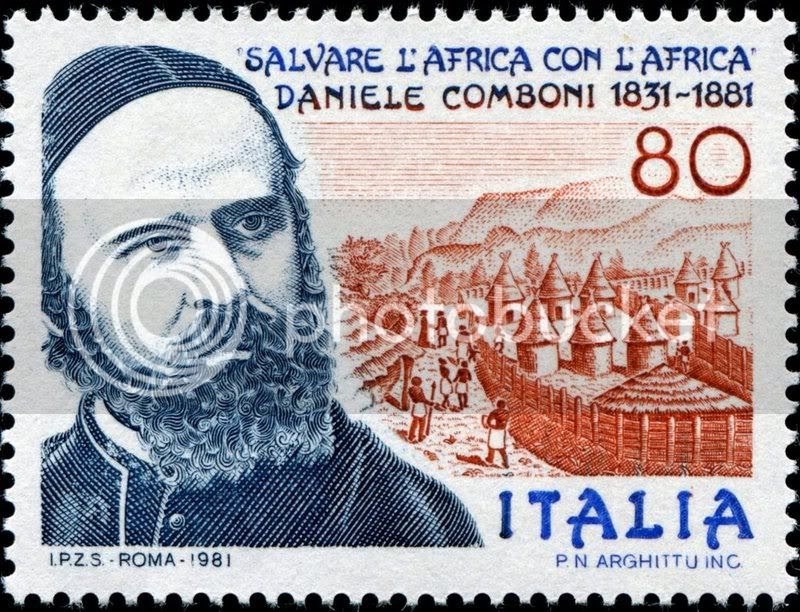 ﻿
Today in some parts of the world, a memorial or optional memorial may be celebrated of St Daniel Comboni (1831-81) bishop and missionary, who died on this day in 1881.

The life and death of missionary Daniel Comboni in Central Africa combined the ideal with the practical, drawing inspiration from the love of the Sacred Heart of Jesus. His missionaries, known as the Comboni Fathers or the Verona Missionaries, have 4,000 members working in countries all over the world.

Early life: Daniel Comboni was born in 1831 to agricultural worker parents Luigi and Domenica, at Limone on Lake Garda in the diocese of Brescia, Italy. He was the only one of eight children to survive infancy. His parents sent him to the free school for the study of humanities founded by Fr. Nicola Mazza in Verona. Fr Mazza had a great love for Africa and often talked of it with his students, who called him “Father Congo”.

Missionary with the Mazza Institute: In 1849 Daniel began his preparation for missionary priesthood with serious study of language, medicine and theology. Ordained in 1854, he went two years later with five other missionaries of the Mazza Institute up the River Nile as far as Khartoum, capital of Sudan. He immediately recognized the difficulty of the task – disease, hot humid climate, and the distrust of Europeans because of the slave trade.

Return to Italy: When all his companions died, Comboni returned home in 1859 to recover his own health and taught (1861-64) at the Mazza Institute in Verona. He also spent time writing a strategy for mission in Africa, aware that Africans would have to be their own evangelizers. He also travelled around Europe on fund-raising missions.

Verona Fathers and Sisters: In 1867, after the Mazza Institute abandoned its African project, Comboni founded two missionary institutes devoted to the mission in Africa. These came to be known as the Verona Fathers and Verona Sisters (or Comboni Missionaries). His spirituality drew its inspiration from the Sacred Heart of Jesus pierced for love of humanity. That was the source of his zeal for the salvation of souls and his strength in bearing trials and crosses for the sake of the Gospel. Returning to Africa, he opened a school in Cairo, which became an institute to prepare missionaries for Africa and educate Africans in the Christian faith.

Mission in Central Africa: Back in Rome in 1870 Comboni appealed to the First Vatican Council for a strategy for the Church to be involved in the evangelization of Africa. Pope Pius IX appointed him Pro-vicar Apostolic of Central Africa (1872) and later Bishop of Khartoum (1877).

Working with African priests and catechists: With him were two African priests, Fr Pius Hadrianus, who had been educated in Italy and had become a Benedictine of Subiaco and Fr Antonio Dubale who ran a model village for freed slaves in El Obeid. A trained Nubian catechist, product of the Cairo Institute, also joined them here. The Nubians had a rich culture, were anti-Islamic, and were therefore a logical target for mission work.

Later years: In 1878 Comboni met the explorer Henry M. Stanley in Cairo. However, a great drought, disease and the death of many of his missionaries clouded his last years. Even after his death in 1881 the Mahdist insurrection threatened to destroy everything he had achieved. But Comboni's view of his task was a long-term one. He wrote:

Missionaries will have to understand that they are stones hid under the earth, which will perhaps never come to light, but which will become part of the foundations of a vast, new building.

And so it turned out to be.

Death and influence: Daniel Comboni died in 1881 in Khartoum. In later years Comboni missionaries spread from Egypt and Sudan to Uganda, Ethiopia, Mozambique, Congo and Togo. They also work in Mexico, Brazil and Ecuador and among African Americans in the USA, where their work has been chiefly with Blacks, Indians and Mexicans. They have priests, brothers and sisters ministering in hospitals, schools, and orphanages in 41 countries. 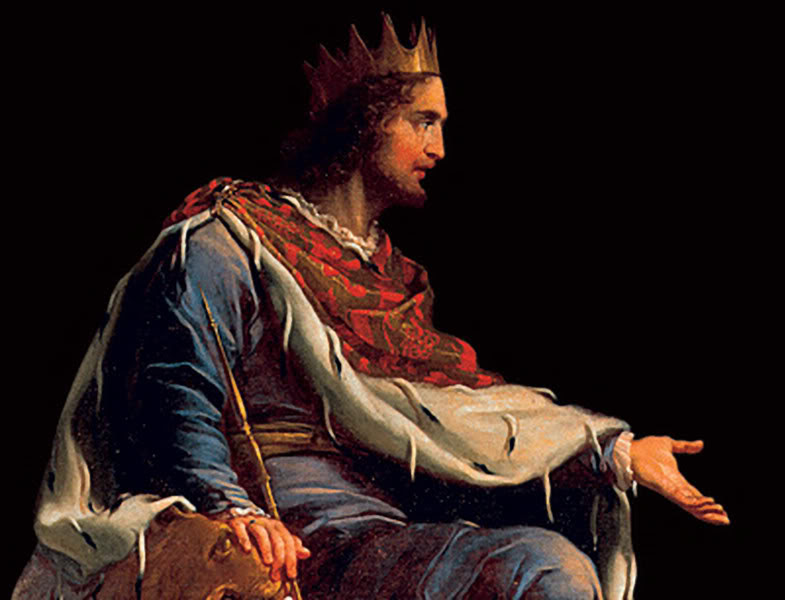 ﻿
In the First Book of Kings, Solomon went to the shrine of God at Gibeon and made a prayer at the beginning of his kingly rule (3.6-9). He asked for an understanding mind to enable him to judge his people fairly.

In the first century B.C., the author of the Book of Wisdom, reflecting on this experience, widened Solomon's request into a prayer to acquire Wisdom as his bride. With such a spouse to accompany him there would come—as was commonly thought in sapiential writings—immortality, wealth, joy, renown and understanding.

Solomon stressed that his prayer lacked self-interest. Preferring Wisdom to wealth, health or beauty, he found, to his surprise, that all these treasures accompanied her. “All good things came to me along with her, and in her hands uncounted wealth”.

This passage, with the gospel message of Jesus, challenges the believer to have an ordered life. The things of God (Wisdom, God's will) come first. With such an orientation to life, health, the length of one's life, the career one embraces and material goods can be rightly ordered. Without such ordering, no one can be saved!

The gospel presents a budding Solomon seeking Wisdom or meaning for his life. This man's search was urgent for he ran up and knelt before Jesus inquiring, “what must I do to inherit eternal life?”

While Jesus' reply may seem generic in listing commandments that deal with interpersonal relationships, closer examination shows it to me crafted to the man's circumstances, specifically to his wealth. For, after listing the commandments against murder, adultery and stealing, Jesus substitutes the injunction “you shall not defraud” for the commandment against coveting. Perhaps Jesus is suggesting that those with riches do not need to covet (having everything already), but are consumed with increasing their wealth through fraud.

Heaving a sigh of relief, the man blurted out a marvellous confession of goodness, noting that he had guarded against all these things since his youth. Next, comes the statement that Jesus looked intently at him and “loved him”.

Given that Jesus had recently placed his arms around a child (9.36) and the intensity of his gaze (lost in the translation “looking at him”), we may imagine Jesus putting his arm around the man's shoulder before confiding to him that, in contrast with the commandments he had observed, “one thing was lacking”: Go and sell whatever you own, and give the money to the poor...then come, follow Me.


﻿Jesus promised that upon selling his possessions, the man would have “treasure in heaven”. This is equivalent to “inheriting eternal life”, which the man had asked about when he came to Jesus.

Jesus' challenge illustrates the power of God's Word, described by the author of Hebrews as “living and active, sharper than any two-edged sword, piercing until it divides soul from spirit... it is able to judge the thoughts and intentions of the heart”.

Indeed, the man's heart was revealed as attached to his riches and unwilling or unable to follow through on his inquiry concerning what he had to do to inherit eternal life: “When the man heard this, he was shocked and went away grieving, for he had many possessions”.

The explosiveness of Jesus' teaching is shown in the amazement of the disciples, which finds an echo in the hearts of disciples in every age, including our own. The impossibility of entering the Kingdom without God's help (“for God all things are possible”) implies a demand to leave all things “for my sake and for the sake of the Gospel” and thereby gain the “hundredfold” of a new family among disciples “in this age...and in the age to come, eternal life”.

In seeking God's will above all else, the disciple finds himself or herself to be blessed beyond measure.

Posted by Archbishop Terry at 6:35 AM