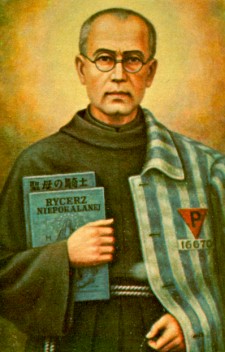 St. Maximilian, born Raymond Kolbe in Poland, Jan. 8, 1894. In 1910, he entered the Conventual Franciscan Order. He was sent to study in Rome where he was ordained a priest in 1918.

Father Maximilian returned to Poland in 1919 and began spreading his Militia of the Immaculata movement of Marian consecration (whose members are also called MIs), which he founded on October 16, 1917. In 1927, he established an evangelization center near Warsaw called Niepokalanow, the "City of the Immaculata." By 1939, the City had expanded from eighteen friars to an incredible 650, making it the largest Catholic religious house in the world.

To better "win the world for the Immaculata," the friars utilized the most modern printing and administrative techniques. This enabled them to publish countless catechetical and devotional tracts, a daily newspaper with a circulation of 230,000 and a monthly magazine with a circulation of over one million. Maximilian started a shortwave radio station and planned to build a motion picture studio--he was a true "apostle of the mass media." He established a City of the Immaculata in Nagasaki, Japan, in 1930, and envisioned missionary centers worldwide.

Maximilian was a ground-breaking theologian. His insights into the Immaculate Conception anticipated the Marian theology of the Second Vatican Council and further developed the Church's understanding of Mary as "Mediatrix" of all the graces of the Trinity, and as "Advocate" for God's people.

In 1941, the Nazis imprisoned Father Maximilian in the Auschwitz death camp. There he offered his life for another prisoner and was condemned to slow death in a starvation bunker. On August 14, 1941, his impatient captors ended his life with a fatal injection.

Pope John Paul II canonized Maximilian as a "martyr of charity" in 1982. St. Maximilian Kolbe is considered a patron of journalists, families, prisoners, the pro-life movement and the chemically addicted.  [Militia of the Immaculata]

O God, who filled the Priest and Martyr Saint Maximilian Kolbe with a burning love for the Immaculate Virgin Mary and with zeal for souls and love of neighbor, graciously grant, through his intercession, that striving for your glory by eagerly serving others, we may be conformed, even until death, to your Son. Who lives and reigns with you in the unity of the Holy Spirit, one God, for ever and ever. 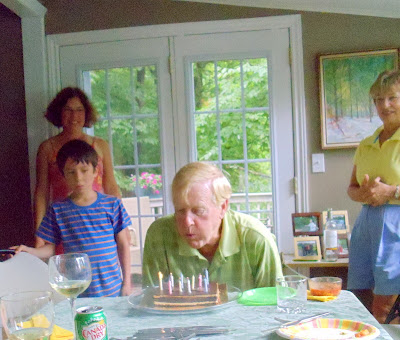 While the partying took place on the weekend (two cakes: one on Friday and the other on Saturday, and lots of great food), the actual birthday is today, so here is a reprise of the get-together with family and friends. We heard from others through email messages sent for the occasion.

Some photos for the flavour of the occasion! 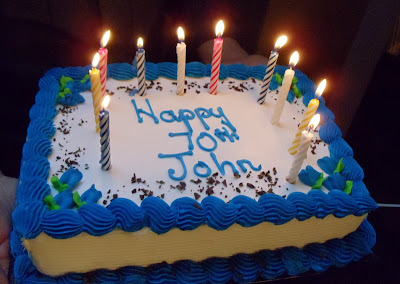 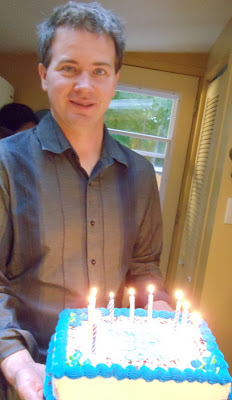 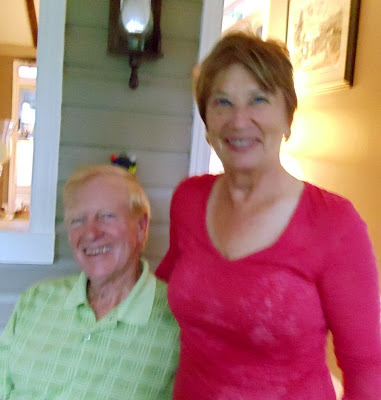 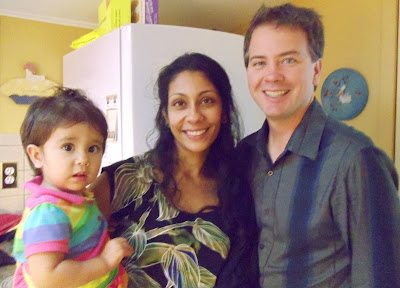 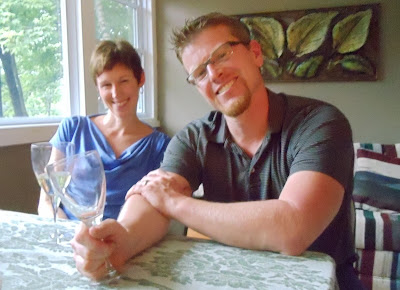 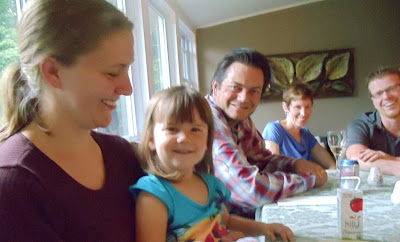 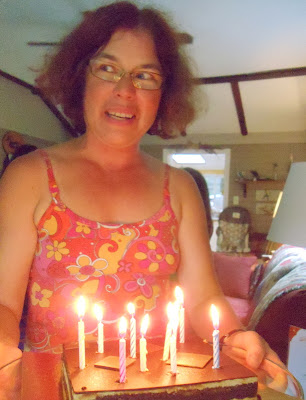 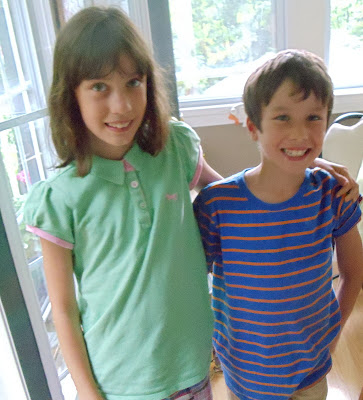 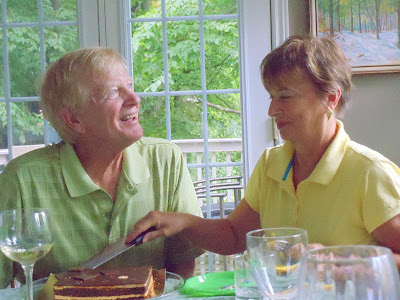