Joseph Sarto was born in humble circumstances at Riese, a small village in Venetia, on June 2, 1835. He was successively curate, parish priest, bishop of Mantua, Patriarch of Venice — offices to which his keen intelligence, hard work and great piety caused him to be quickly promoted. He was elected Pope on August 4, 1903, and took the name of Pius X.

As chief pastor of the Church he displayed untiring self-sacrifice and great energy; he was an intrepid defender of the purity of Christian doctrine.

He realized to the full the value of the liturgy as the prayer of the Church and the solid basis that it furnishes for the devotion of Christian people; he worked for the restoration of the worship of the Church, especially plainchant, so that Christian people, as he put it, might find beauty in their public prayer.

He spared no effort to propagate the practice, so great an aid to holiness, of early, frequent and daily communion. He died August 20, 1914 and was canonized on May 29, 1954.

O God, who to safeguard the Catholic faith and to restore all things in Christ, filled Pope Saint Pius the Tenth with heavenly wisdom and apostolic fortitude, graciously grant that, following his teaching and example, we may gain an eternal prize. Through our Lord Jesus Christ, your Son, who lives and reigns with you in the unity of the Holy Spirit, one God, for ever and ever. 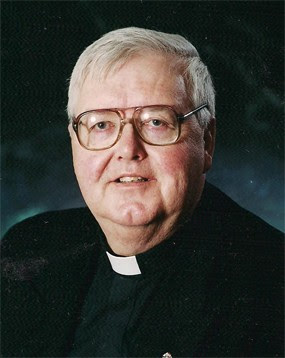 The Catholic Women League of Canada's Annual National Convention was the scene of a sudden death last week of a beloved priest of the Halifax-Yarmouth Archdiocese.  As one will note from the following obituary published yesterday, and as I know from the many meetings I shared with him during my 15 years in the Nova Scotia capital, "Father Joe" had many interests and lived life to the full.

After suffering a fatal heart attack, he was accompanied to the hospital by Archbishop Martin Currie of St. John's in the Archdiocese of Edmonton guided by Archbishop Richard Smith--both ordained as priests of Halifax.

May the Lord receive him into the fullness of eternal life with all his sins forgiven.

CHRISTENSEN, Rev. Joseph Bernard, “Father Joe”, Priest of the Roman Catholic Archdiocese of Halifax-Yarmouth and Pastor of Saint Joseph’s Parish in Bridgewater, Nova Scotia, with the missions of Saint Norbert’s in Lunenburg and Saint Matthew’s in Elmwood, died in Edmonton, Alberta on Tuesday, August 14, 2012, while attending the National Convention of the Catholic Women’s League.

At the time of his death, he was serving the new Archdiocese of Halifax-Yarmouth as Episcopal Vicar for the South Shore Region. He was also serving the Catholic Women’s League as Diocesan Chaplain, and the Knights of Columbus as Chaplain for Father Adrian Butts Council 6417 and Faithful Friar for Monsignor William Wamboldt Assembly 3139.

Born in Bath, New Brunswick, in 1944, the son of Bernard A. Christensen and Rheta V. (Feeney) Christensen, he received his early education at Bass River and West Colchester High Schools. While preparing for seminary, he lived at Bishop Burke House. He received his B.A. (1966) from Saint Mary’s University, B.Th. and M.Div. (1970) from Holy Heart Seminary in Halifax, an S.TB (1970) from Laval University, and a Diploma in Homiletics from Catholic University of America. He received his Doctorate in Ministry in Pastoral Counseling in 1998 from the Graduate Theological Foundation in Donaldson, Indiana.

He was pre-deceased by his parents Bernard and Rheta, his brother Allen (Edmonton) and grandnephew, Kyle Damboise of New Hampshire.

In his forty-two years of priesthood, he served the Archdiocese in leadership roles and committees for various projects and programs. These included Roman Catholic Formation Director and member of the Senate at Atlantic School of Theology, Director of Koinonia Adult Faith Formation, various Marriage Preparation and Family Life programs, Priests Council, Pastoral Planning, Pastoral Council, and the 1984 Papal Visit. He also served as Chaplain for the Canadian Naval Reserves.

Father Joe worked actively to foster understanding and support for pro-life, marriage and family life, and to help young people who were struggling and in need. He led the distinctive Pink and Blue logo project advocating for unborn babies, which spread to many parts of the world. He served as president of Nova Scotians United for Life, raised funds to establish a home for young men in need, and carried out an extensive study of Roman Catholic marriage preparation practices in Canada.

Father Joe always appreciated the companionship of his dog Rex, and often included lessons from his dog in his preaching. He enjoyed travelling all over the world, leading pilgrimages with young people and adults and serving as chaplain with the Apostleship of the Sea. He collected friends everywhere he went and shared his trips through his photographs and journals. He was a farmer at heart, knowledgeable about the names and habits of all the trees and flowers. In the Jubilee Year 2000, he cultivated more than one thousand oak seedlings which were then planted by people all across the Archdiocese.

The Funeral Mass will be celebrated in Saint Mary’s Cathedral Basilica on Thursday, August 23, at 10:30 am, Archbishop Anthony Mancini presiding. The reception will be in the Church Hall, followed by committal at Gate of Heaven Cemetery, Lr. Sackville.

In lieu of flowers donations may be made to an ongoing fundraiser close to Father Joe’s heart: The 125 Campaign for the Restoration of St. Joseph’s Church. Cheques payable to St. Joseph’s Parish, marked Restoration Fund, may be sent to 123 Pleasant St, Bridgewater, NS B4V 1N3.
Posted by Archbishop Terry at 6:49 AM