"Walking in the Light of Christ": Catholic Education Week 2012

This week and last have been very busy with activities in the four Catholic School Boards located within the Archdiocese (though two of them in Eastern Ontario extend into other (arch)dioceses.

Last week, Abbe Daniel Berniquez and I attended a special session in Ecole Secondaire Catholique de Casselman on strengthening the relationship of parish, home and school. Many of the francophone priests from Ottawa and Alexandria-Cornwall served by le Conseil catholique de l'Est ontarien were in attendance with school board trustees and pedagogique staff. The session included a catered supper meal afterwards.

This week, I presided at the Catholic Education Week Mass for the Catholic School Board of Eastern Ontario held at gthe recently-refurbished Holy Cross Parish Church in Kemptville (Kingston Archdiocese). A dozen priests from the three dioceses served by the school board were in attendance, as were representatives of all the elementary and secondary schools of the board. Each entity was given a lantern to symbolize walking the light of Christ. The photos which follow were taken at this Mass and the reception afterwards.

On Wednesday morning, I took part in the treasure hunt for some 400-500 students of the Conseil Catholique du Centre-Est who were guided with a folder entitled, Decouvre ta cathedrale (Discover Your Cathedral), which introduces the children to the history and artistic treasures found in Notre Dame Cathedral Basilica.

That evening, I took part in the blessing of the 12-classroom addition to Saint Thomas Aquinas Catholic High School in Russell, part of the Catholic District School Board of Eastern Ontario. It's an extraordinary building; I'll have pictures of this sometime early next week. 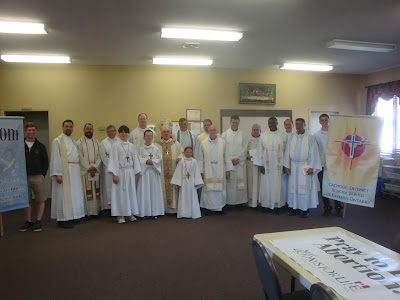 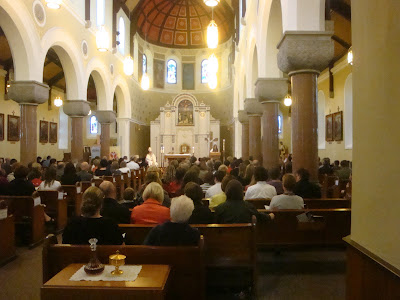 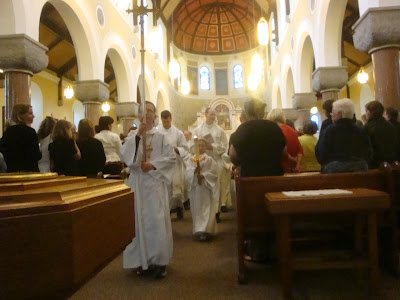 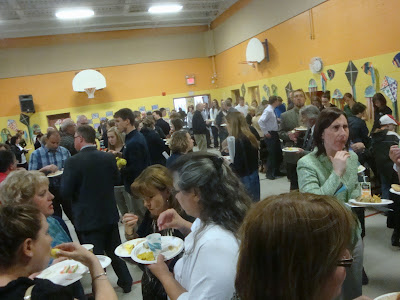 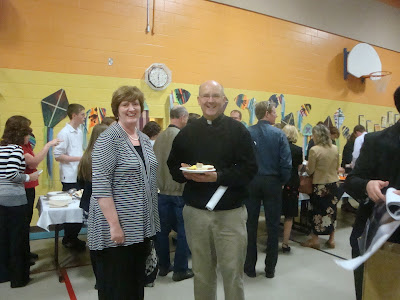 Posted by Archbishop Terry at 6:20 AM