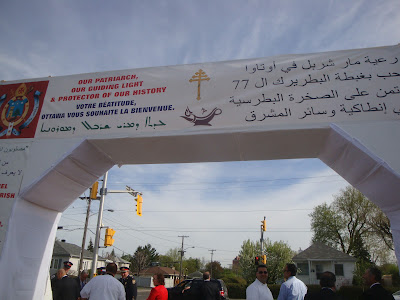 It was quite a celebration, at least the parts I was able to take part in: the Antiochene Syro-Maronite Divine Liturgy presided by Archbishop Rai at St. Charbel Church on Donald Street and a festive banquet at the Palais des Congres in Gatineau.

There were meals at the Antonine Sisters and at the Embassy of Lebanon and, in between, a chance for the Patriarch to meet Prime Minister Harper and take in a visit to the Senate.

Here are a few photos taken with my camera: 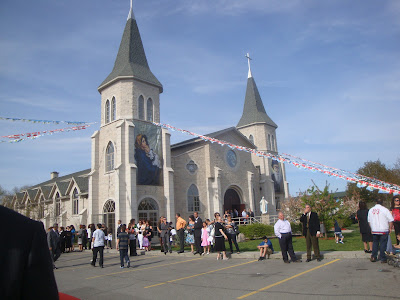 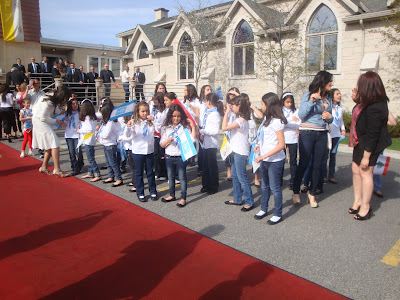 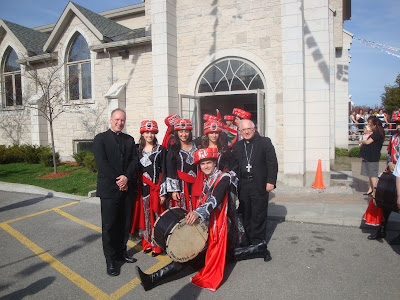 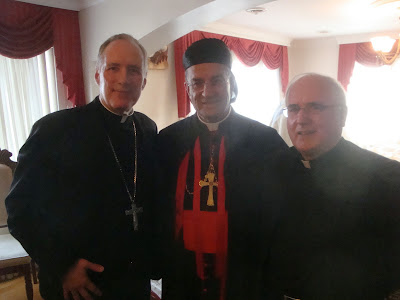 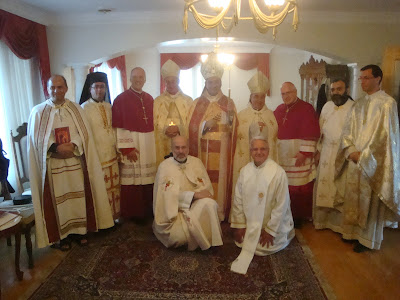 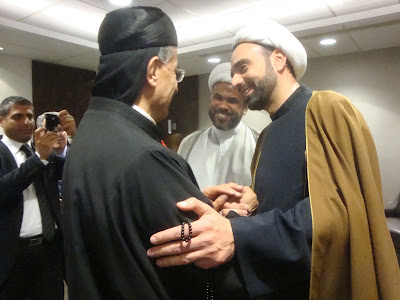 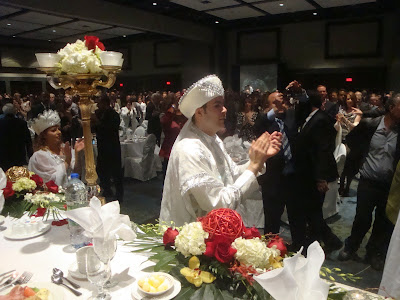 Today's gospel continues Jesus' exploration of the union between himself, the Vine and his disciples, the branches. Abiding in Jesus and reflecting on his words are defined as abiding in His love. Abiding in Jesus' love is equated with obeying his commandments, just as Jesus remained in his Father's love by keeping the Father's commands.

Modelled on Jesus' obedience to the Father, the Christian's adherence to Jesus' teaching is clearly not that of a servant or slave. Rather, its motivation is the example of love given by Jesus (“abide in my love ... love one another as I have loved you”).

There is no greater expression of love than the selfless love Jesus manifested for his disciples. This love, shown in his washing their feet, would come to perfection on the Cross. “No one has greater love than this, to lay down one's life for one's friends”.

While the disciples rightly call Jesus Teacher and Lord (cf. John 13.13), Jesus suggests that even masters who love their servants do not share with them their inmost thoughts. This, however, he chooses to do, bestowing on them the title of friends: “I do not call you servants any longer, because the servant does not know what the master is doing; but I have called you friends because I have made known to you everything that I have heard from my Father”.

When disciples obey God by following the teachings and example of Jesus, the result is an interior joy (“I have said these things to you so that my joy may be in you, and that your joy may be complete”).

The joy that comes from abiding in friendship with Jesus is the fruit of the indwelling Holy Spirit. This joy—drawn from union with Jesus—is contagious and bears rich fruit in the lives of believers.

Under the guidance of the Holy Spirit, the joy and fruitfulness of intimacy with Jesus occasionally becomes manifest in unexpected ways. This may be noted over and over again in the Acts of the Apostles. Nowhere is this more strikingly so than in the case of the conversion of Cornelius.

As the extent of the early church's ministry broadened, a significant barrier had to be crossed: bringing the gospel directly to Gentiles. So important was the insight to do so—as illustrated by the story of the conversion of Cornelius and his entourage – that Luke devoted sixty-six verses to it (Acts 10.1-11.18) and dramatized the story with a set of interlocking visions shared by Peter and Cornelius.

There are several aspects of Cornelius' conversion that are emphasized in Luke's account. First, the evangelist noted that the early church resisted either directly evangelizing Gentiles or receiving them into Christian fellowship without associating them with Judaism (“the circumcised believers who had come with Peter were astounded that the gift of the Holy Spirit had been poured out even on Gentiles”).

Secondly, it was God who introduced the Gentiles into the Church and miraculously showed approval of this step (“Then Peter said, ‘Can anyone withhold the water for baptizing these people who have received the Holy Spirit just as we have?’”).

Thirdly, even though Paul is heralded as the “Apostle to the Gentiles”, it was Peter who was God's instrument in opening the door to the Gentiles (“so [Peter] ordered them to be baptized in the name of Jesus Christ”).

Finally, the Jerusalem church subsequently recognized that Gentile believers could accept Jesus as the Messiah without becoming Jews because God had so determined (“I truly understand that God shows no partiality, but in every nation anyone who fears him and does what is right is acceptable to him”).

This initial conclusion (Acts 11.18) would later be formally ratified at what has become known as the Council of Jerusalem (15.1-29), the first of a series of church councils that stretches to the Second Vatican Council in our time (1962-65) and the Golden Jubilee of which the Church will celebrate in a 13-months Year of Faith (October 11, 2012-November 24, 2013).

The notion of God going ahead and preparing human hearts and the church to accept conversion or a new perspective has been designated as ‘prevenient grace’ in Christian theology. The First Epistle of John underlines this, observing “in this is love, not that we loved God but that he [first] loved us and sent his Son to be the atoning sacrifice for our sins”.
Posted by Archbishop Terry at 6:44 AM