St. Matthias, Apostle - Photos from the 2012 March for Life in Ottawa 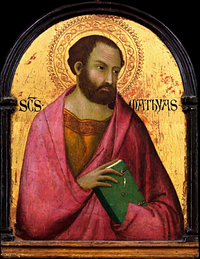 Matthias was one of the first to follow our Saviour; and he was an eye-witness of all His divine actions up to the very day of the Ascension. He was one of the seventy-two disciples; but our Lord had not conferred upon him the dignity of an apostle. And yet, he was to have this great glory, for it was of him that David spoke, when he prophesied that another should take the bishopric left vacant by the apostasy of Judas the traitor.

In the interval between Jesus' Ascension and the descent of the Holy Ghost, the apostolic college had to complete the mystic number fixed by our Lord Himself, so that there might be the twelve on that solemn day, when the Church, filled with the Holy Ghost, was to manifest herself to the Synagogue.

The lot fell on Matthias; he shared with his brother-apostles the persecution in Jerusalem, and, when the time came for the ambassadors of Christ to separate, he set out for the countries allotted to him. Tradition tells us that these were Cappadocia and the provinces bordering on the Caspian Sea.

The virtues, labour, and sufferings of St. Matthias have not been handed down to us: this explains the lack of proper lessons on his life, such as we have for the feasts of the rest of the apostles.

Clement of Alexandria records in his writings several sayings of our holy apostle. One of these is so very appropriate to the spirit of the present season, that we consider it a duty to quote it. “It behooves us to combat the flesh, and make use of it, without pampering it by unlawful gratifications. As to the soul, we must develop her power by faith and knowledge.” How profound is the teaching contained in these few words! [– Excerpted from Abbot Gueranger, O.S.B., The Liturgical Year]


* * *
O God, who assigned Saint Matthias a place in the college of Apostles, grant us, through his intercession, that, rejoicing at how your love has been allotted to us, we may merit to be numbered among the elect. Through our Lord Jesus Christ, your Son, who lives and reigns with you in the unity of the Holy Spirit, one God, for ever and ever.

It was on this feast day five years ago, that I was named Archbishop of Ottawa.  It was also the occasion of my conversion from a life-long attachment to the Montreal Canadiens to an allegiance to the Ottawa Senators.  The fact that the Senators were making a run for the Stanley Cup that year helped assuage the pangs of separation and foster the new attachment, even though they lost in the finals.  Here's a memorable photo of that day. 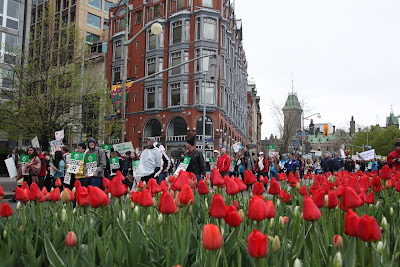 Having returned on Saturday afternoon from a visit to the United States where I gave the Commencement Address at St. Vincent's Seminary in Latrobe, Pennsylvania, I am only now sorting through all of the photos Sarah Du Broy has made available to me from the Mass before the March for Life last Thursday, the speeches and activities on Parliament Hill, the March itself and the Rose Dinner that evening.  Here is a selection from those she made available: 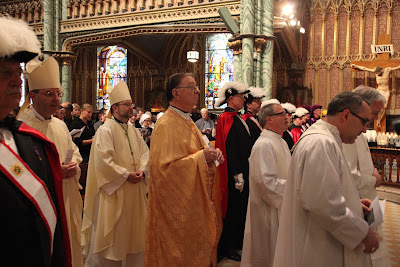 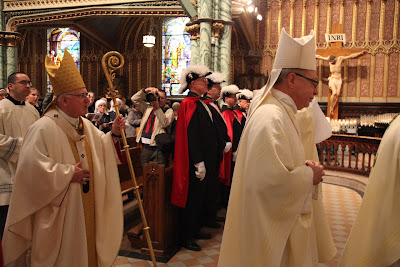 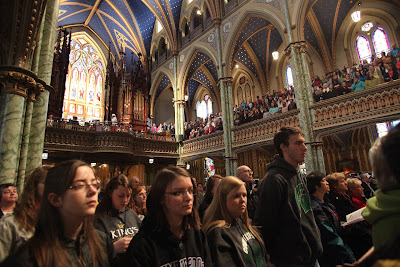 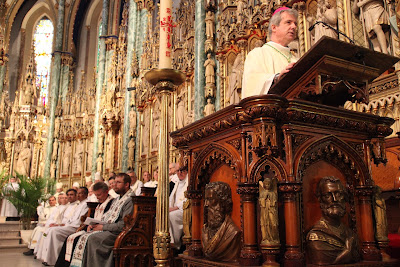 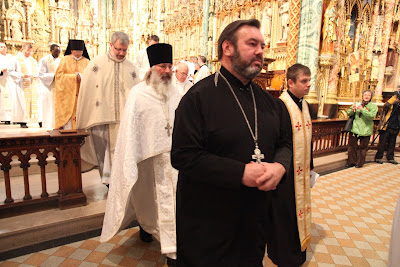 The following is a new prayer for the child in the womb approved by the Bishops of the United States for us in their local churches:

God, author of all life, bless, we pray, these unborn children; give them constant protection and grant them a healthy birth that is the sign of our rebirth one day into the eternal rejoicing of heaven.

Lord, who have brought to these women the wondrous joy of motherhood, grant them comfort in all anxiety and make them determined to lead their children along the ways of salvation.

[For the fathers: Lord of the ages, who have singled out these men to know the grace and pride of fatherhood, grant them courage in this new responsibility, and make them examples of justice and truth for these children.]

[For the family: Lord, endow these families with sincere and enduring love as they prepare to welcome these children into their midst.]

Lord, you have put into the hearts of all men and women of good will a great awe and wonder at the gift of new life; fill this (parish) community with faithfulness to the teachings of the Gospel and new resolve to share in the spiritual formation of these children in Christ our Savior, who lives and reigns for ever and ever. 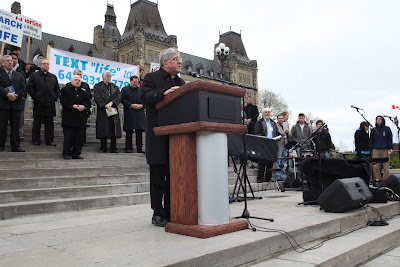 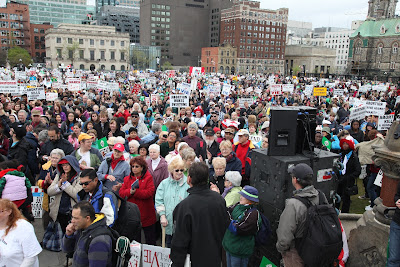 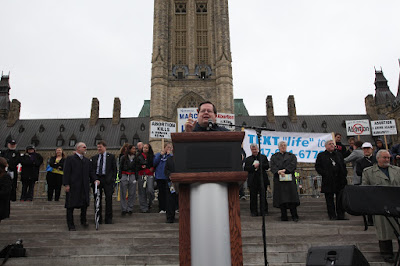 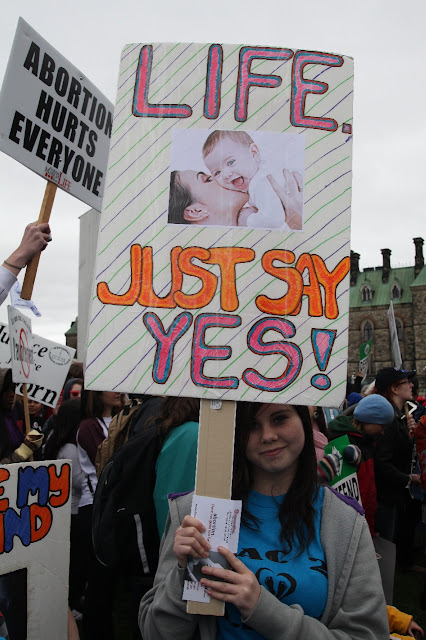 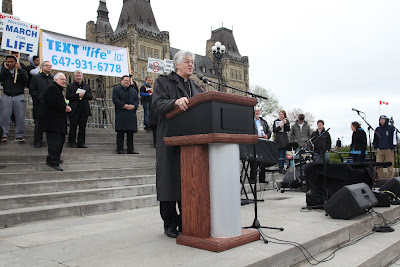 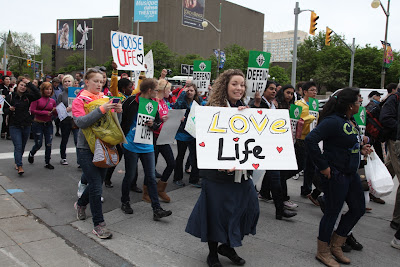 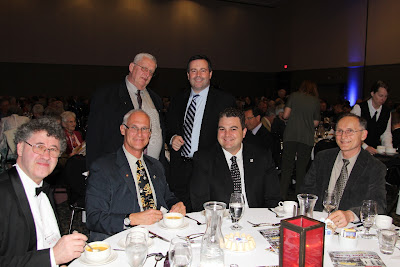 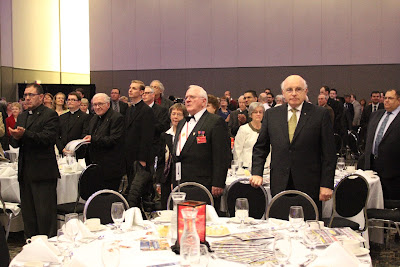 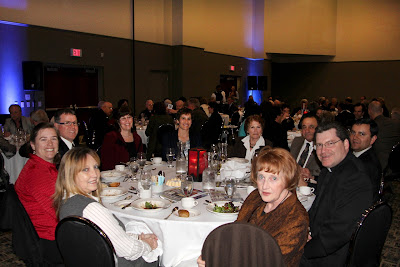 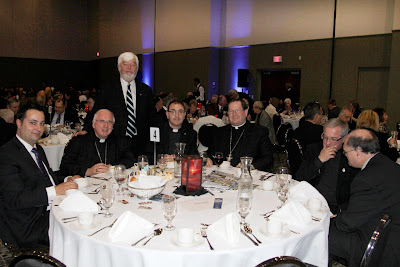 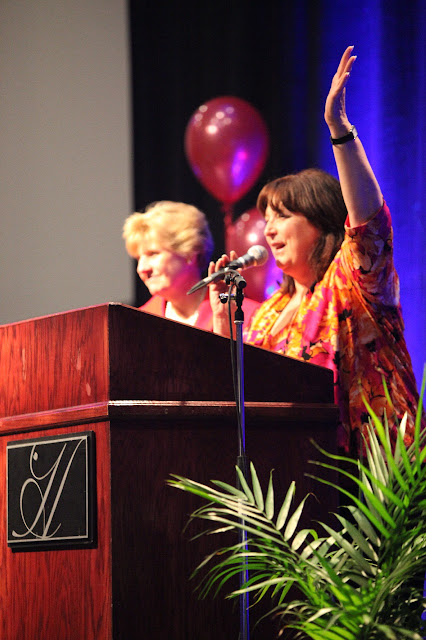 Posted by Archbishop Terry at 7:03 AM