The Visitation of the Blessed Virgin Mary - Trinity Sunday (Year B) 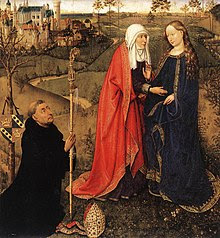 In 1969, Pope Paul VI moved it to its current date of May 31, "between the Solemnity of the Annunciation of the Lord (March 25) and that of the Nativity of St. John the Baptist (June 24), so that it would harmonize better with the Gospel story."

And Mary rising up in those days went into the hill country with haste, into a city of Juda. [Lk. 1.39]


How lyrical that is, the opening sentence of St. Luke's description of the Visitation. We can feel the rush of warmth and kindness, the sudden urgency of love that sent that girl hurrying over the hills. "Those days" in which she rose on that impulse were the days in which Christ was being formed in her, the impulse was his impulse.

Many women, if they were expecting a child, would refuse to hurry over the hills on a visit of pure kindness. They would say they had a duty to themselves and to their unborn child which came before anything or anyone else.

The Mother of God considered no such thing. Elizabeth was going to have a child, too, and although Mary's own child was God, she could not forget Elizabeth's need—almost incredible to us, but characteristic of her.

She greeted her cousin Elizabeth, and at the sound of her voice, John quickened in his mother's womb and leapt for joy.

I am come, said Christ, that they may have life and may have it more abundantly. [Jn. 10.10] Even before He was born His presence gave life.

With what piercing shoots of joy does this story of Christ unfold! First the conception of a child in a child's heart, and then this first salutation, an infant leaping for joy in his mother's womb, knowing the hidden Christ and leaping into life.

How did Elizabeth herself know what had happened to Our Lady? What made her realize that this little cousin who was so familiar to her was the mother of her God?

She knew it by the child within herself, by the quickening into life which was a leap of joy.

If we practice this contemplation taught and shown to us by Our Lady, we will find that our experience is like hers.

If Christ is growing in us, if we are at peace, recollected, because we know that however insignificant our life seems to be, from it He is forming Himself; if we go with eager wills, "in haste," to wherever our circumstances compel us, because we believe that He desires to be in that place, we shall find that we are driven more and more to act on the impulse of His love.

And the answer we shall get from others to those impulses will be an awakening into life, or the leap into joy of the already wakened life within them.  [Excerpted from Caryll Houselander, The Reed of God]

Almighty ever-living God, who, while the Blessed Virgin Mary was carrying your Son in her womb, inspired her to visit Elizabeth, grant us, we pray, that, faithful to the promptings of the Spirit, we may magnify your greatness with the Virgin Mary at all times. Through our Lord Jesus Christ, your Son, who lives and reigns with you in the unity of the Holy Spirit, one God, for ever and ever. 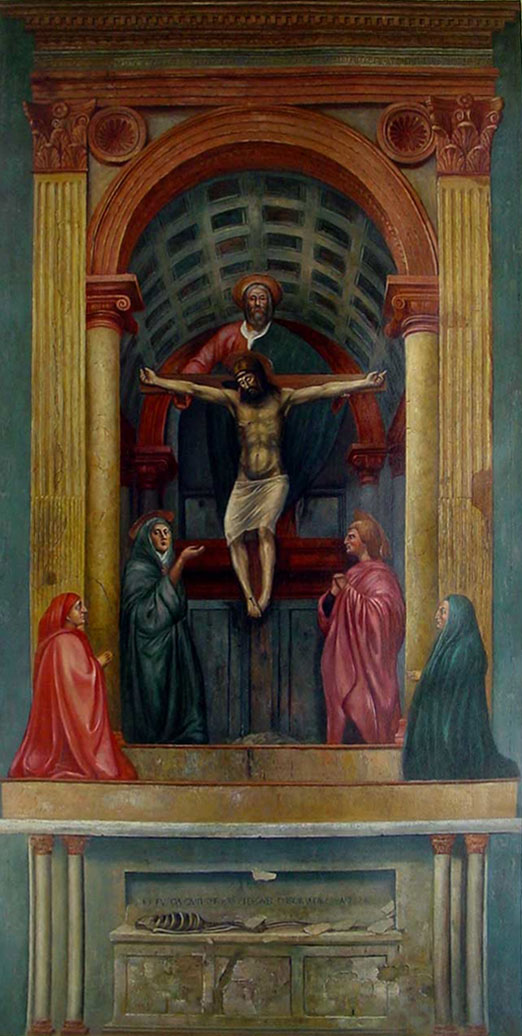 In different ways, both the Old and New Testaments witness to God's interaction with people chosen to journey from this world into the mystery of the One God.

The Book of Deuteronomy was often on the lips of Jesus. It gives unique testimony to the love of God in the history of Israel. Telling of God's mysterious predilection for Israel, Deuteronomy reveals a spontaneous and unmerited gift from God, one previously unheard of among the nations of the world:

God chose a nation in bondage in Egypt and made them His peculiar possession, redeeming them from slavery and revealing to them laws and statutes that would ensure Israel's holiness and happiness. For the Deuteronomist, clinging to this Lord—who alone is God in heaven and on earth—becomes the only path to peace and serenity.

The New Testament declares that this redeeming and revealing God became manifest when the heavenly Father worked to save people in an entirely new manner through the life, death and resurrection of Jesus. Not a break with the past, this saving design flows from God's earlier revelation. In fact, Christ's death and resurrection are said to constitute a new Exodus (this time from the bondage of sin) and his teaching a new revelation to be completely obeyed as the path to eternal life.

In Romans Paul remarks that, when Christians entered into union with Christ by baptism, they received a gift of adoption into the inner life of the Trinity, sharing intimate family life with God. The Holy Spirit was lavishly poured into human hearts to enable them to pray as Jesus did in Gethsemane, “Abba! Father!” (cf. Mark 14.36).

Paul borrowed the legal term ‘adoption’ from the Greco-Roman world in which he lived rather than from Judaism (which did not have such adoptive practices). He applied it to Christians of both Jewish and Gentile background. In his milieu, such an adoption meant the legal assumption of someone into the status of sonship within a natural family.

The Holy Spirit, who effects this adoption of the believer into God's family, causes the Christian to enter into a special relationship with Christ, the unique Son, and with the Father. Thus do Christians become God's daughters and sons, sisters and brothers of Jesus.

For Christians, the only God of the universe became manifest in a totally new way in the person of Christ, the risen Lord. His divinity led the disciples to adore him, even if a degree of resistance persisted among them (“When [the Eleven disciples] saw him, they worshipped him; but some doubted”).

This glorified and majestic Jesus declared that the Father had given Him sole authority over all the inhabitants of the earth (“All authority in heaven and on earth has been given to me. Go therefore and make disciples of all nations ... teaching them to obey everything that I have commanded you”).

Only Matthew records Jesus' command to baptize, but the practice of the early Church supports its historical nature (cf. Acts 2.38; 8.12, 38; 9:18, etc.) Early accounts of the church's baptismal practice sometimes refer to the sacrament as having been administered “in the name of Jesus Christ” (Acts 2.38; 10.48) or “in the name of the Lord Jesus” (Acts 8.16; 19.5). Clearly, baptismal terminology used by the early church knew various formulations before our Trinitarian formula became normative.

Posted by Archbishop Terry at 6:32 AM