MEMORIAL – ST. AGNES, VIRGIN, MARTYR
Almighty ever-living God, who choose what is weak in the world to confound the strong, mercifully grant that we, who celebrate the heavenly birthday of your Martyr Saint Agnes, may follow her constancy in the faith. Through our Lord Jesus Christ, your Son, who lives and reigns with you in the unity of the Holy Spirit, one God, for ever and ever.


Pope Benedict XVI held up the life of a young virgin and martyr as an example to seminarians of the total commitment to Christ required by young men seeking to enter the priesthood.
The pope also said that a solid cultural background and intellectual understanding of faith was essential in the formation of priests as spreaders of the word of God. The pope spoke in an audience yesterday with students from one of Rome's oldest and most prominent seminaries, the Almo Collegio Capranica.
Benedict told them that while martyrdom marks a final and heroic act, the “informed, free and mature” choice of virginity is rather the “fruit of a long friendship with Jesus” developed through close knowledge of his words and constant prayer.
Legend says St. Agnes died in 304 or 305 at the hands of the suitor she spurned so she could remain faithful only to Christ. Pope Benedict said the saint faced her fate with exemplary courage. Her martyrdom illustrates “the beauty of belonging to Christ without hesitation.”
The path to the priesthood requires a similar level of commitment, the pope said, as well as integrity, well-roundedness, ascetic exercise and “heroic faith.”
The Holy Father reminded the seminary students that “faith has its own rational and intellectual dimension, which is essential to it,” and that it is the student's responsibility to assimilate the “Christian synthesis of faith and reason.” (Catholic News Service)
* * * * * *


Last Saturday, I joined the parishioners of St. Isidore Church for the dedication of the third church on this site.  The church is bright and airy and it is clear that the latest embodiment is striking and is able to meet the growing needs of the congregation for the forseeable future.
The statue of St. Isidore has been carried over from the previous church, opened in 1887, some 125 years ago; the statue rests on a pedestal composed of stones from the previous building.  Also, the stained glass windows have been refurbished and a striking brightness to the community's worship.  There is a large atrium at the entry to the church and a covered indoor walk-way to the parish hall.
The homily for the occasion follows, with a photo display:

The Consecration of St. Isidore Church—South March, ON


God delights to dwell with you (cf. Proverbs 8:31). He loves you so much, He sent His son to die in your place, because you—and I—merit death due to sin. Instead, He offers you eternal life. He has given you the Bible. He has given you the saints. He has given you brothers and sisters—the Church—to walk with you. And, He has given you this new church building to worship in. This is cause for celebration! We can rightfully cry, “Hallelujah!”
The Fourth Gospel begins Jesus’ ministry, by having Him invite a group of ordinary men to spend time with him. He asks them to “come and see” where he “abides,” where he lives.
John’s gospel shows Jesus engaging His disciples, as He engages you and me today. He asks questions to reveal himself, to reveal themselves and to reveal ourselves.
Jesus revealed to Peter, “You will be called Cephas,” the Rock on which he will found a community called the Church (John 1.42).
We discover that Jesus resides primarily in the bosom of the Father. No temple or church building can contain all that is God. Still, Jesus is present in you and me, the body of Christ, the capital C-Church: You, and you, and you, are his public witness. Your generosity, your gentleness, your pure heart, and every other virtue God has given to you, attracts others to Christ. It is now your turn to say, “Come and see!”
The early Christians met secretly in house churches because soldiers would immediately destroy public churches and martyr the worshippers. Fortunately for us in the Western world, the emperor Constantine lifted the persecution of Christians in the year 313—almost 1,700 years ago—and allowed the practice of the faith and the construction of religious buildings.
The first St. Isidore church was a round structure built in South March by mainly Irish settlers in the 1830s. The second church was built 125 years ago in 1887, the forerunner to the church we dedicate today.
Like you, a lower case c-church building is a public witness to Christian faith. The architecture, the sacred art, and the sacraments celebrated here, all declare that Jesus is Lord. Every day for generations to come, this beautiful church will beckon to passers-by “Come and see!”
In today’s reading from the First Book of Samuel, we read that Israel was in a sad state. The disobedience and immorality of the two sons of the temple priest Eli reflected the corruption of the country. Eli was a permissive father and his eyes were growing dim, but his priestly anointing allowed him to discern that God was calling Samuel, a boy consecrated to serve in the temple.
“When God calls again, Eli told Samuel, say to Him, ‘Speak, Lord, your servant is listening’.” This Samuel did. He became a famous “seer” among God’s people, showing them the right path. God did not allow any of Samuel’s words to fall to the ground, fruitless.
Isn’t that what is most important for your faith life celebrated in this new church? That constantly, you open yourself to God’s will, saying “Speak, Lord, your servant is listening!” in response to God’s Word proclaimed here. 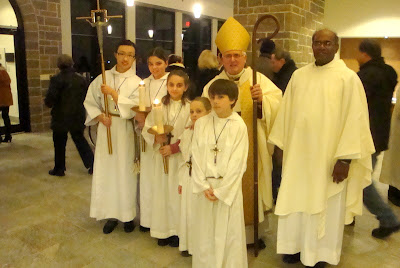 This Sunday’s readings fit this church’s consecration. They involve a place of divine encounter—God’s Temple—as well as a divine call. Samuel and the disciples were called to service. Similarly, Paul invites us to “glorify God in your body” because, he tells us, “you are God’s temple.” 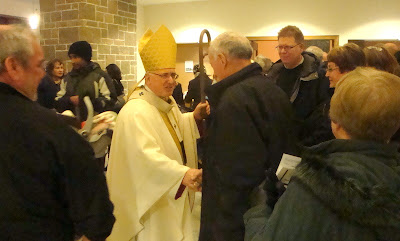 Like Eli’s Israel, the Corinthian Church was in moral trouble. They saw themselves as enlightened Christians. They were smug about sinful practices. St. Paul patiently set them straight, by showing them that they cannot honour Christ by dishonouring their bodies.
The Corinthians misunderstood healthy sexuality. They called evil good, like the incest of marrying one’s stepmother (1 Cor 5.1–13) and frequenting prostitutes (1 Cor 6.15). Paul corrects that error in today’s epistle reading.
The Corinthian problem is the distortion of the freedom that Christ had won for them. They justified taking licence by mouthing slogans (“Everything is permitted me,” twice in verse 12). Paul replied that this mock freedom can enslave (“but I will not let myself be dominated by anything”—1Cor6:12).
﻿
Paul knew that this world will end, not in death, but in resurrection (“God who raised up the Lord, will also raise us up through his power”). Paul showed that those who are united with Christ in baptism become members of his Body. As Christ’s Body, we are the temple of the Holy Spirit who dwells in us. We have been bought at great cost: the death of Jesus Christ out of love for us! Therefore, our mission is to glorify God in our body, with the kind of behaviour befitting this noble status. 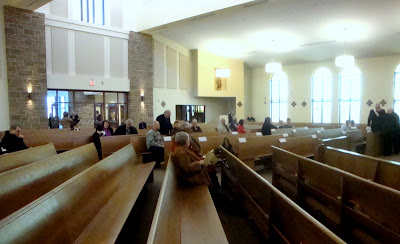 Dear friends, what you will celebrate here each Sunday in word and sacrament is the eternal life Jesus won for you by His sacrificial death on the cross. He is “the lamb of God who takes away the sin of the world.” 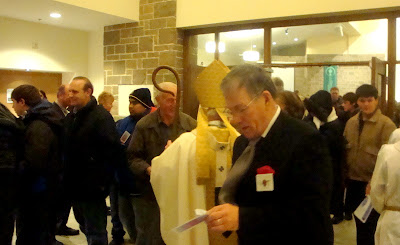 In the Fourth Gospel—often called the “Spiritual Gospel”—Jesus helps you find your deepest longings for God, in your heart of hearts, by asking you “What are you looking for?”

What are you looking for? Happiness? Fulfilment? The meaning of life? Your creator? Eternal life? Jesus says, “Come and see.” 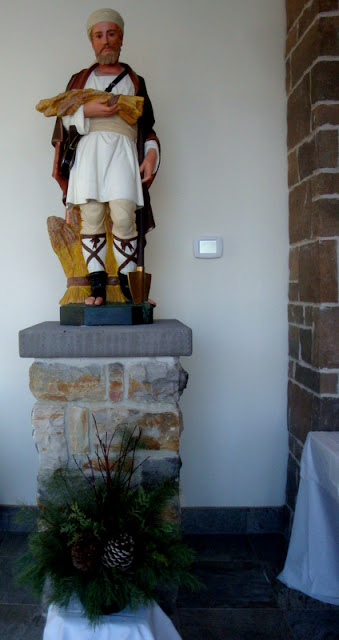 Through the intercession of the saints, particularly Our Blessed Mother and your patron St. Isidore, may this always be true, in this lovely new church. Here, your faith is called to a most profound activity. May you always hear God’s Word in this sacred place and see the Father through Jesus, our Eucharistic Lord in this his dwelling-place. Amen. 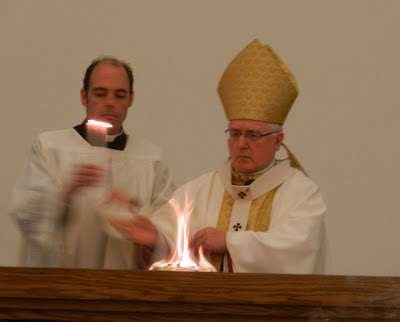 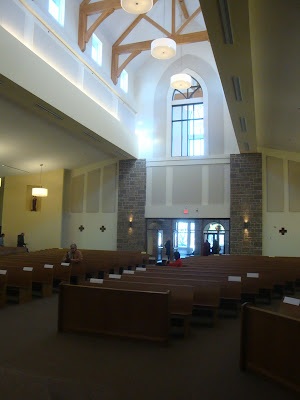 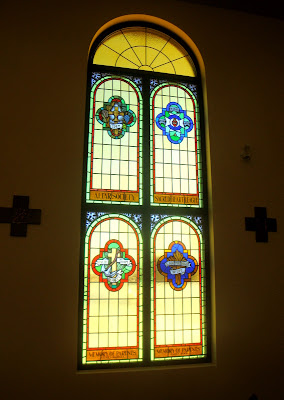 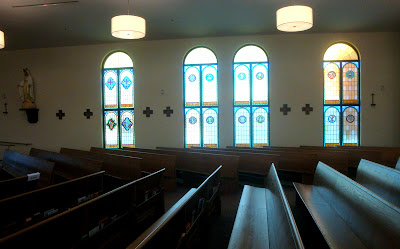 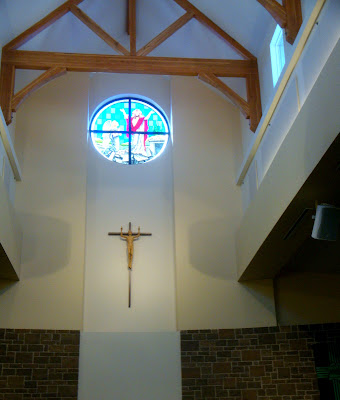 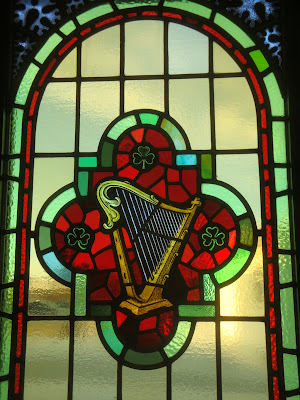 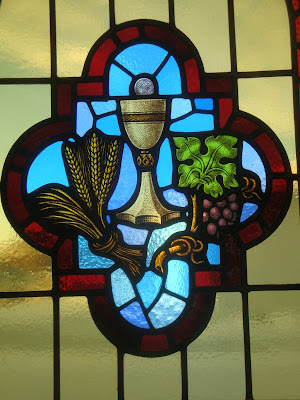 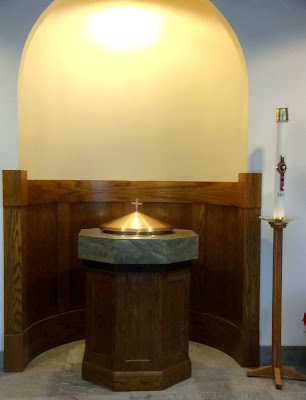 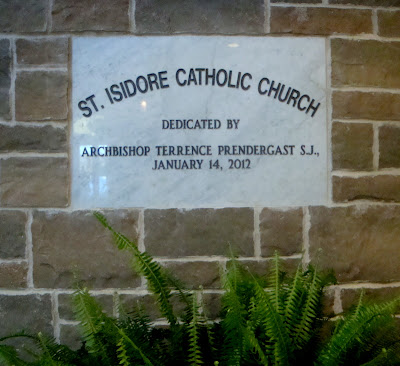 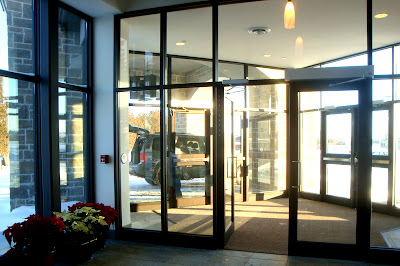 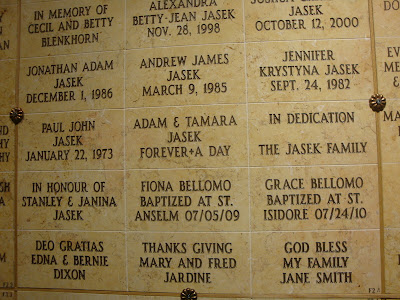 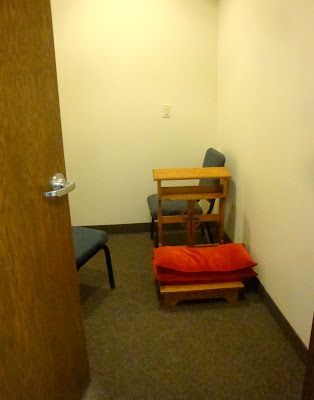 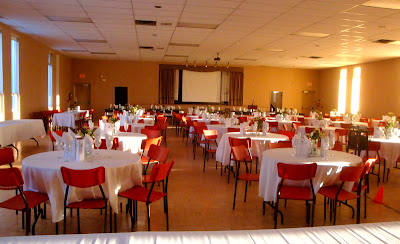