According to the Venerable Bede, St. Gregory was once walking through the Roman slave market when he noticed some barbarian children exposed for sale. They had fair complexions, fine-cut features, and fair hair. Looking at them with interest, he enquired what country and race they came from. “They come from Britania,” he was told, “where all the people have this appearance.”
He then asked whether the people were Christians, or whether they were still ignorant heathens. “They are pagans,” he was informed. “Alas!” said Gregory with a heartfelt sigh: “how sad that such handsome folk are still in the grasp of the Author of darkness, and that faces of such beauty conceal minds ignorant of God’s grace! What is the name of this race?”
“They are called Angles,” he was told. “Non Angli, sed angeli! That is appropriate,” he said, “for they have angelic faces, and it is right that they should become fellow-heirs with the angels in heaven.
And what is the name of their Province?” “Deira,” was the answer. “Good. They shall indeed be de ira saved (which is Latin for ‘from wrath’) and called to the mercy of Christ. And what is the name of their king?” he asked. “Aella”, he was told. “Then must Alleluia be sung to the praise of God our Creator in their land!”
Although high-minded historians have generally treated this episode skeptically, it is probably the most well known story about how the mission of St. Augustine came about. However charming its puns may be, it does have a basis in history.

In 595, St. Gregory wrote letters to his servants in Gaul asking them to buy Saxon boys to be brought to Rome to be brought up and educated as monks. Likewise, we have another letter from 599 in which St. Gregory mentions that he had been planning a preaching mission to the Anglo-Saxons. Given these two gobbets, it would seem reasonable to assume that Pope Gregory had conceived the idea of preaching the Gospel to the Anglo-Saxons as a result of this encounter in the Roman slave market.

No one really knows how St. Gregory got the idea of using monks as missionaries, but it was to the monks of his own monastery of St. Andrew’s that he turned to find them. The monk-missionaries were common among the Irish, but it is unlikely that St. Gregory would have known about this. And even if he did, the Irish spirit would not have been well received by the very Roman Gregory.

St. Gregory’s own account of the Life of St. Benedict contains some distinct apostolic hints (such as St. Benedict’s preaching on arrival at Monte Cassino, and various references to monks being sent out, apparently on pastoral work) that such work was not incompatible with the ideal of monasticism as presented in the Rule of St. Benedict.

As Prof. Mayr-Harting wrote in this regard: “there were indeed plenty of able clergy in Rome on whom Gregory’s choice might have fallen, but perhaps they would not have exactly leapt at the opportunity to come to this land (England), ridden as it was with fogs, swamps and kings with unpronounceable names.” None the less, St. Gregory’s choice fell on St. Augustine.

In 597 St. Augustine and 40 monks landed on the island of Thanet in the Kingdom of Kent. Ironically Kent was not even an Anglo-Saxon Kingdom, having been settled by a lesser well known Teutonic tribe called the Jutes. Fortunately for St. Augustine, the King of Kent, Ethelbert, was married to a Frankish Christian princess.

Thus, by God’s providence St. Augustine and his companions had landed in one of the most hospitable places in Britain. Sadly , even St. Bede does not record what St. Augustine said to Ethelbert, but King Ethelbert was completely won over. He settled the missionaries at Canterbury and by the end of the year, the King and thousands of his subjects were baptized and the conversion of the English was begun.

St. Gregory is considered to be the “Apostle to the English” even though it was St. Augustine and his monks who did all the work. The character of St. Augustine that emerges from the pages of St. Bede is of a man of immense seriousness, dignity, and that great Roman virtue of gravitas.

St. Augustine was always the obedient, competent, efficient administrator, intent on organizing the Anglo-Saxon Church and very aware that he is the servant of a higher master. In Benedictine terms, St. Augustine was the ideal prior to Pope St. Gregory as Abbot. For us he provides an idea model of the Benedictine pastoral ideal: the primary characteristic of which — the characteristic that most marks its monastic significance — is that it is an enterprise of 'presence' rather than 'confrontation' (http://www.benedictineoratory.com/).


O God, who by the preaching of the Bishop of Saint Augustine of Canterbury led the English peoples to the Gospel, grant we pray, that the fruits of his labours may remain ever abundant in your Church. Through our Lord. 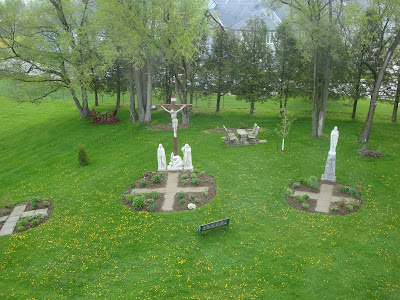 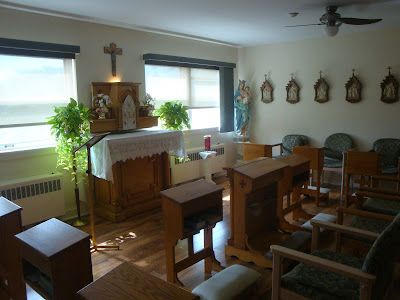 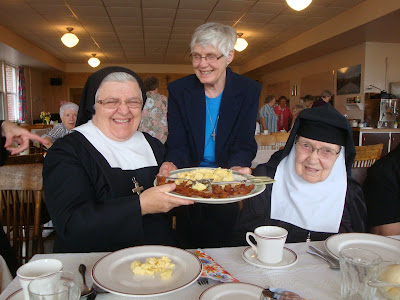 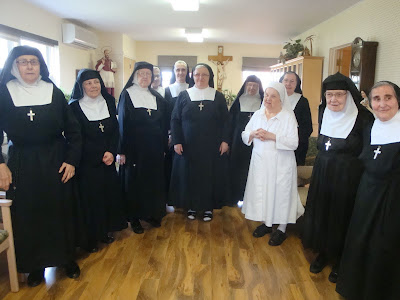 Posted by Archbishop Terry at 7:06 AM