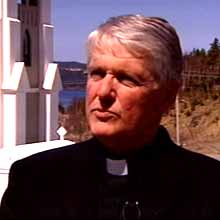 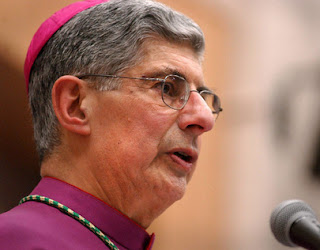 Today, His Holiness Pope Benedict XVI accepted the resignation of the Most Reverend Anthony F. Tonnos (at the microphone) from the pastoral governance of the Diocese of Hamilton (in Ontario) and has appointed the Most Reverend Douglas Crosby, O.M.I. (top), currently Bishop of Corner Brook and Labrador, and CCCB Co-Treasurer, as Bishop of Hamilton. 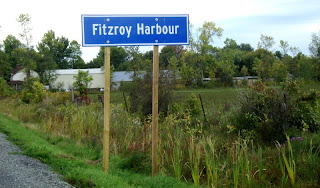 Last Saturday afternoon, Father Joseph Muldoon, whose family has roots there, drove me to Fitzroy Harbour for the Mass of Thanksgiving marking the sesquicentennial of the construction of St. Michael's Church and the celebratory banquet in the Town Library Centre.

Purusing the historical record, I noted that the first priest to serve the folks in this part of the Archdiocese [then part of the Kingston Diocese] was an Irish-born priest named Father Terrence Smith. In the course of the evening, reference was often made to the founding families (e.g. the Stantons, Muldoons, Smiths and O'Learys) and the clergy who served them.

The Mass was very reverently celebrated, with former pastors Msgr. Leonard Lunney and Father Leonard St. John joining current parish priest Father Glicerio Jimenez in the festivities. Former pastor Father Thomas Riopelle came for the banquet as did the ecumenical visitors, the ministers at the Anglican and United Churches.

A wonderfully charming evening was had by all; some photos follow: 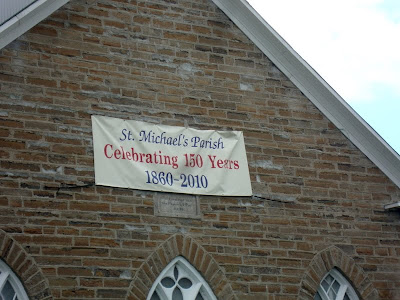 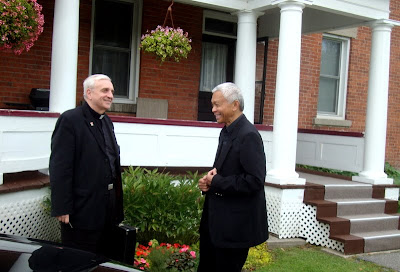 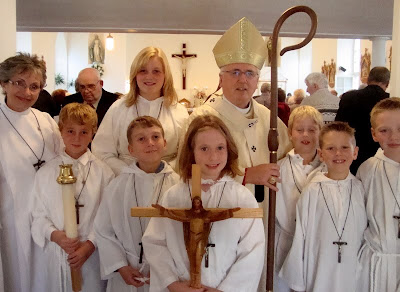 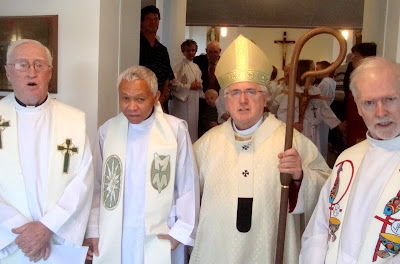 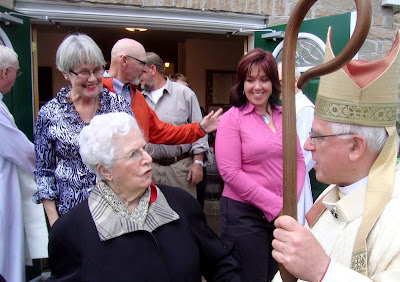 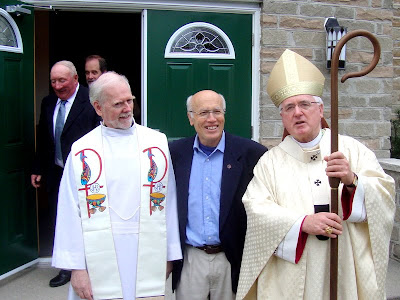 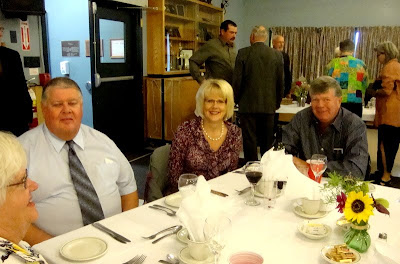 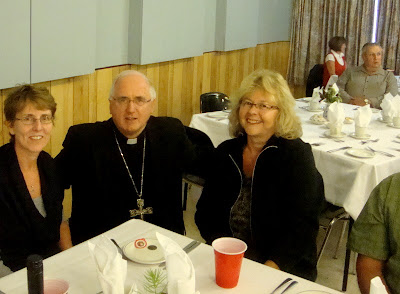 Founding the Sisters of Providence 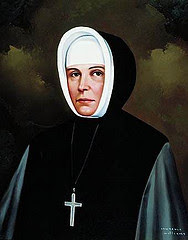 Today, the Church in Canada permits in the liturgy the optional memorial of Blessed Emilie Tavernier-Gamelin (1800-1851), foundress of the Sisters of Providence of Montreal.

"In her life as mother of a family and religious foundress of the Sisters of Providence, Emilie Tavernier Gamelin was the model of a courageous abandonment to divine Providence. Her attention to persons and to situations led her to invent new forms of charity.

"She had a heart open to every kind of trouble, and she was especially the servant of the poor and the little ones, whom she wished to treat like kings. She remembered that she had received everything from the Lord and she wanted to give without counting the cost. This was the secret of her deep joy, even in adversity.

"In a spirit of total confidence in God and with an acute sense of obedience, like the anonymous servant in the Gospel of today, she accomplished her duty which she considered a divine commandment, wishing above all to do the will of God in everything.

"May the new Blessed be a model of contemplation and action for the sisters of her institute and for the persons who work with them" (Homily at beatification of Blessed Emilie Tavernier-Gamelin, October 7, 2001).
Posted by Archbishop Terry at 6:12 AM