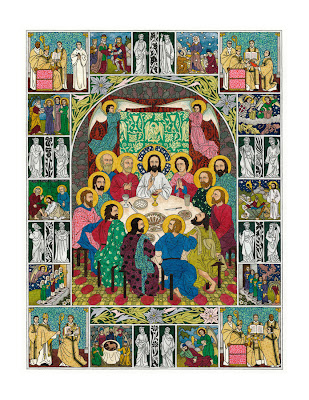 O God, who have called us to participate in this most sacred Supper, in which your Only Begotten Son, when about to hand himself over to death, entrusted to the Church a sacrifice new for all eternity, the banquet of his love, grant, we pray, that we may draw from so great a mystery, the fullness of charity and life.  Through our Lord Jesus Christ, your Son, who lives and reigns with you, in the unity of the Holy Spirit, one God, for ever and ever.
[Illustration: Daniel Mitsui in The Roman Pontifical, Vatican City:
The Congregation for Divine Worship/Vox Clara Committee, 2012]
* * * * * *
DEATH OF EMERITUS ARCHEPARCH
OF WINNIPEG OF THE UKRAINIANS
﻿

+ ARCHBISHOP EMERITUS MICHAEL BZDEL, CSSR
July 21, 1930- April 3, 2012
Ukrainian Catholic Archeparchy of Winnipeg
Українська Католицька Архиєпархія Вінніпеґу
It is with great sadness that the Ukrainian Catholic Metropolitan Archeparchy of Winnipeg announced yesterday the falling asleep in the Lord of His Grace, Most Reverend Michael Bzdel, Redemptorist, Archbishop Emeritus of Winnipeg, late in the evening of Tuesday, April 3, at his residence in Winnipeg.

Funeral Services will be held in Winnipeg beginning on Wednesday, April 11 at 7:00 pm at Sts. Vladimir & Olga Cathedral, with Hierarchical Parastas.

Services will continue on Thursday, April 12 at 10:00 am at St. Joseph’s Church, with the Divine Liturgy and concluding rites, followed by burial at Holy Family Cemetery.

Bishops and clergy are asked to wear bright (gold coloured) vestments for the liturgical services. 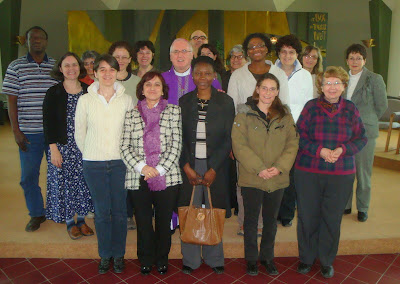 Last Saturday, I spent a pleasant morning with some of the Ottawa members of the movement Communion and Liberation (CL): a conference, time for prayer and celebrating reconciliation, a closing Mass in the Diocesan Centre Chapel.  Some photos: 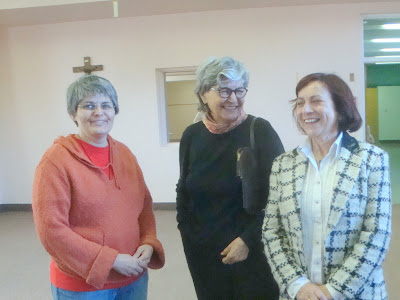 Tomorrow, Good Friday, for the fifth year CL has organized and will manage the Way of the Cross through some of Ottawa's downtown streets (beginning at St. Patrick's Basilica at 9:30am and arriving at Notre Dame Cathedral Basilica around noon--see the poster below).

We have had very cold days and one very hot Good Friday; this year the weather forecast is moderate(10 degrees Celsius).  Other cities will also host the Way of the Cross in Montreal and Toronto (for time, etc. consult: http://clonline.ca/); ditto, other countries (http://clonline.org/). 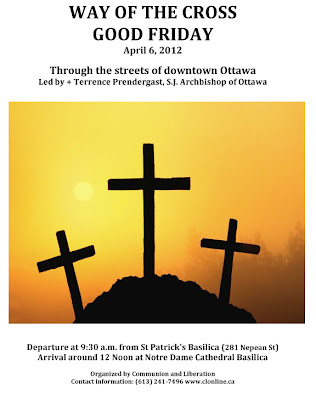 Posted by Archbishop Terry at 10:07 AM