Ottawa to Host CCO's Rise Up! in 2013 - Saints Basil and Gregory

Today is the ninth day of Christmas and on it the Church celebrates the memorial of St. Basil the Great and St. Gregory Nazianzen, bishops and doctors.

St. Basil was a brilliant student born of a Christian family in Caesarea, Cappadocia (Turkey). For some years, he followed the monastic way of life. He vigorously fought the Arian heresy. He became Bishop of Caesarea in 370. The monks of the Eastern Church today still follow the monastic rules which he set down.

﻿St. Gregory was also from Cappadocia. A friend of Basil, he too followed the monastic way of life for some years. He was ordained priest and in 381 became Bishop of Constantinople. It was during this period when the Arian heresy was at its height. He was called "The Theologian" because of his great learning and talent for oratory.

Gregory's testimomy to the friendship he shared with Basil:

Whenever any newcomer arrives, and falls into the hands of those who seize upon him, either by force or willingly, they observe this Attic law, of combined jest and earnest. On this occasion I not only refused to put to shame my friend the great Basil, out of respect for the gravity of his character, and the ripeness of his reasoning powers, but also persuaded all the rest of the students to treat him likewise, who happened not to know him. For he was from the first respected by most of them, his reputation having preceded him. The result was that he was the only one to escape the general rule, and be accorded a greater honour than belongs to a freshman's position.

This was the prelude of our friendship. This was the kindling spark of our union: thus we felt the wound of mutual love.

And when, as time went on, we acknowledged our mutual affection, and that philosophy was our aim, we were all in all to one another, housemates, messmates, intimates, with one object in life, or an affection for each other ever growing warmer and stronger. Love which is godly and under restraint, since its object is stable, not only is more lasting, but, the fuller its vision of beauty grows, the more closely does it bind to itself and to one another the hearts of those whose love has one and the same object. This is the law of our superhuman love. Such were our feelings for each other, when we had thus supported, as Pindar has it, our “well-built chamber with pillars of gold,” as we advanced under the united influences of God's grace and our own affection. Oh! How can I mention these things without tears.

We were impelled by equal hopes, in a pursuit especially obnoxious to envy, that of letters. Yet envy we knew not, and emulation was of service to us. We struggled, not each to gain the first place for himself, but to yield it to the other; for we made each other's reputation to be our own. We seemed to have one soul, inhabiting two bodies. And if we must not believe those whose doctrine is “All things are in all;” yet in our case it was worthy of belief, so did we live in and with each other. The sole business of both of us was virtue, and living for the hopes to come, having retired from this world, before our actual departure hence. With a view to this, were directed all our life and actions, under the guidance of the commandment, as we sharpened upon each other our weapons of virtue; and if this is not a great thing for me to say, being a rule and standard to each other, for the distinction between what was right and what was not.

O God, who were pleased to give light to your Church by the example and teaching of the Bishops Saints Basil and Gregory, grant, we pray, that in humility we may learn your truth and practice it faithfully in charity. Through our Lord Jesus Christ, your Son, who lives and reigns with you in the unity of the Holy Spirit, one God, for ever and ever. Amen.


CCO TO HOLD 25th ANNIVERSARY
RISE UP!
IN OTTAWA 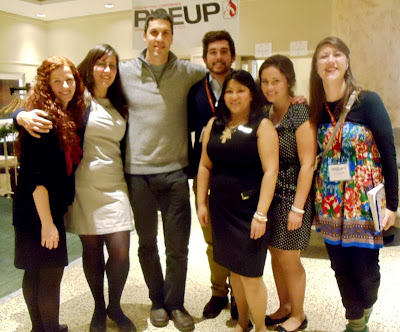 CCO (Catholic Christian Outreach) holds a Christmas week gathering each year that draws hundreds of university age men and women who explore their faith for several days with in-put from speakers who encourage participants not only to know and live their faith but to share it with others.

This year for the first time, simultaneous sessions were held in Halifax and Saskatoon. I was delighted to take part in the sessions in Halifax at the Westin Hotel, which afforded me the opportunity as well to visit with friends in the Nova Scotia capital.

On New Year's Eve at the closing formal banquet, which followed Mass for the Solemnity of Mary Mother of God in St. Mary's Cathedral Basilica, presided by Archbishop Anthony Mancini, it was announced that next year's Rise Up! would be held in Ottawa, where CCO has its national headquarters at the Delta City Centre Hotel.

Some scenes from the recent gathering which give indications of the joyful event we can expect: 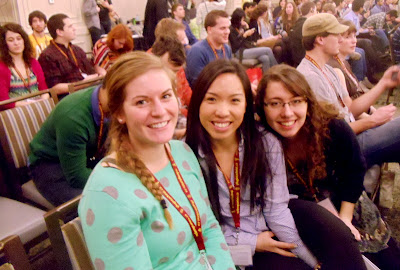 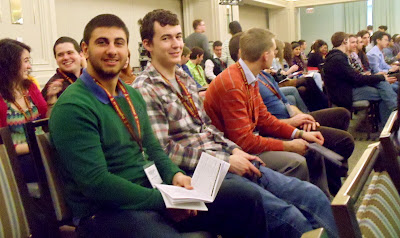 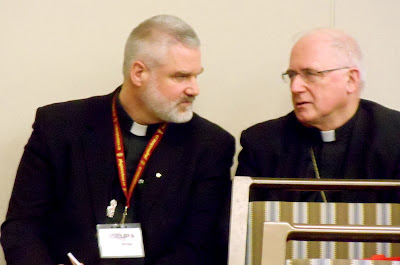 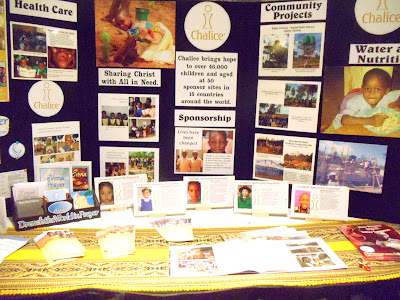 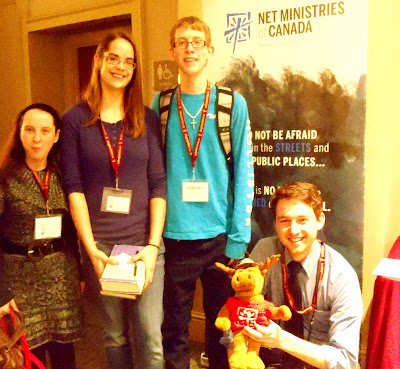 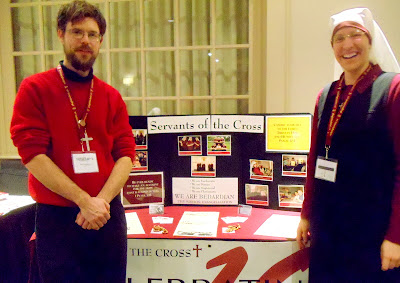 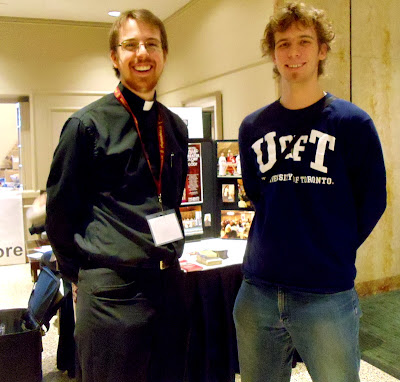 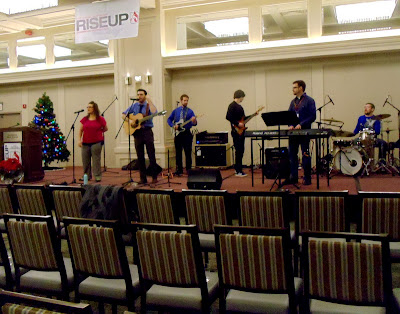 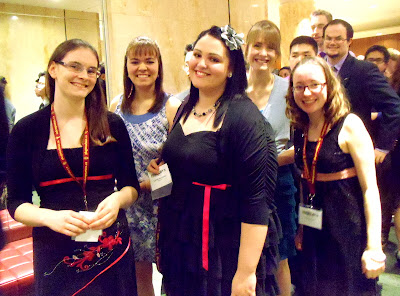 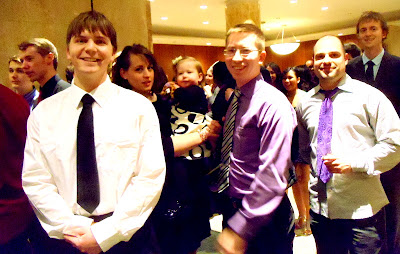 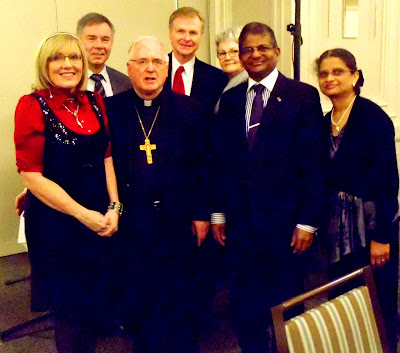