I regret to inform you that Emeritus Archbishop Joseph-Aurèle Plourde, who served as eighth bishop and seventh archbishop of Ottawa from 1967-1989,  passed away yesterday afternoon. Details of funeral arrangements will be communicated as they become available. May the Lord, whose Church the Archbishop served faithfully, grant him the reward of his labours.

Now defunct, Elm Street was a magazine styled for Canadian women and was distributed free in some urban centres of Canada. It came to my house one Christmas holiday with an article that caught my eye because of its cover story “And Heaven and Nature Sing”, a feature on the Jesuits who work at the Vatican Observatory.

In discussing the ways in which science and faith can relate, the author, Alison Rose tells how last year, just before Christmas, Vatican workers were seen setting up a crib at Castel Gandolfo where the Observatory offices are located. The last statues to be added were those of Caspar, Melchior and Balthazar, ancient astronomers who followed a sign in the heavens they believed would lead them to a new-born king. 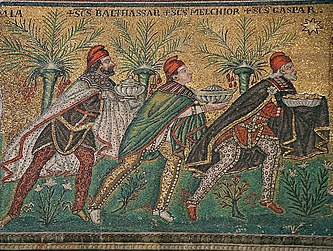 ﻿
When she mentioned this to Jesuit brother Guy Consolmagno, he called up on his Mac computer Voyager, a program used by amateur astronomers to observe the stars. After typing in 6 BC, a date commonly assigned to the birth of Jesus, the program slowly projected onto the screen a series of dots on the horizon that depicted ‘an extraordinary alignment of Venus, Saturn, the moon, Jupiter, sun, Mars and Mercury, all centred on the constellation Aries, in the sky over Judea, on April 17, 6 BC’.

The writer wondered whether this is ‘the event that the wise men calculated, that in the telling and retelling of the story over two millennia has been transformed into a star? According to the story, this is the moment when a transcendent God entered space and time, long ago, to live a human life’ (p. 40). This is an unusual reflection in today's secular media, the type that perhaps only the Christmas story can still occasion.

Today's solemnity of the Epiphany, the ‘manifestation’ or ‘revelation’ of Jesus to “wise men from the East”, to non-Jews, the Gentiles, evokes the beautiful sentiments attached to gift-giving and the profound implications of surrender to Christ:

“On entering the house, they saw the Child with Mary his Mother; and they knelt down and paid him homage”. Then, “opening their treasure chests, they offered Him gifts of gold, frankincense, and myrrh”.

This year, as people adjust to writing 2013, a year said to mark the birth of Jesus two millennia ago, it may seem odd that he was likely born around 6 BC. How do we arrive at this date and how could such a miscalculation have happened?

Scripture tells us that Jesus was born in Bethlehem of Judea “in the time of King Herod” (Matthew 2.1). But we know from world history that Herod began his rule in 37 BC and died in 4 BC. Therefore, Jesus' birth had to have been prior to this latter year.

At the close of today's gospel account, we are told that the Magi, after being warned in a dream not to return to Herod's court in Jerusalem, “left for their own country by another road”. This infuriated Herod, who ordered the slaughter of the Holy Innocents (feast day December 28), “all the children in and around Bethlehem who were two years old or under, according to the time that he had learned from the wise men” (2.16). This has led scholars to assign a date for the birth of Jesus between 7 and 4 BC.

But how did the miscalculation come about, if Jesus' birth was meant to be the watershed between BC (Before Christ) and AD (Anno Domini, the “Year of the Lord”)?

Our distinction between BC and AD dates to the sixth century when a monk named Dionysius Exiguus worked out a chronology intended to centre on the birth of Christ. Unfortunately, his calculations were off by six years!

As well, in his scheme, the year 1 AD immediately followed the year 1 BC, so there was no year 0. For Christians, the celebration is for 2000 years of the presence of Jesus in our world, which occasioned the Great Jubilee for all the peoples of the world in recent memory.

Whatever the calculation of the years or the stars, our age—like past generations—prays with the psalmist, “May he judge your people with righteousness, and your poor with justice”. 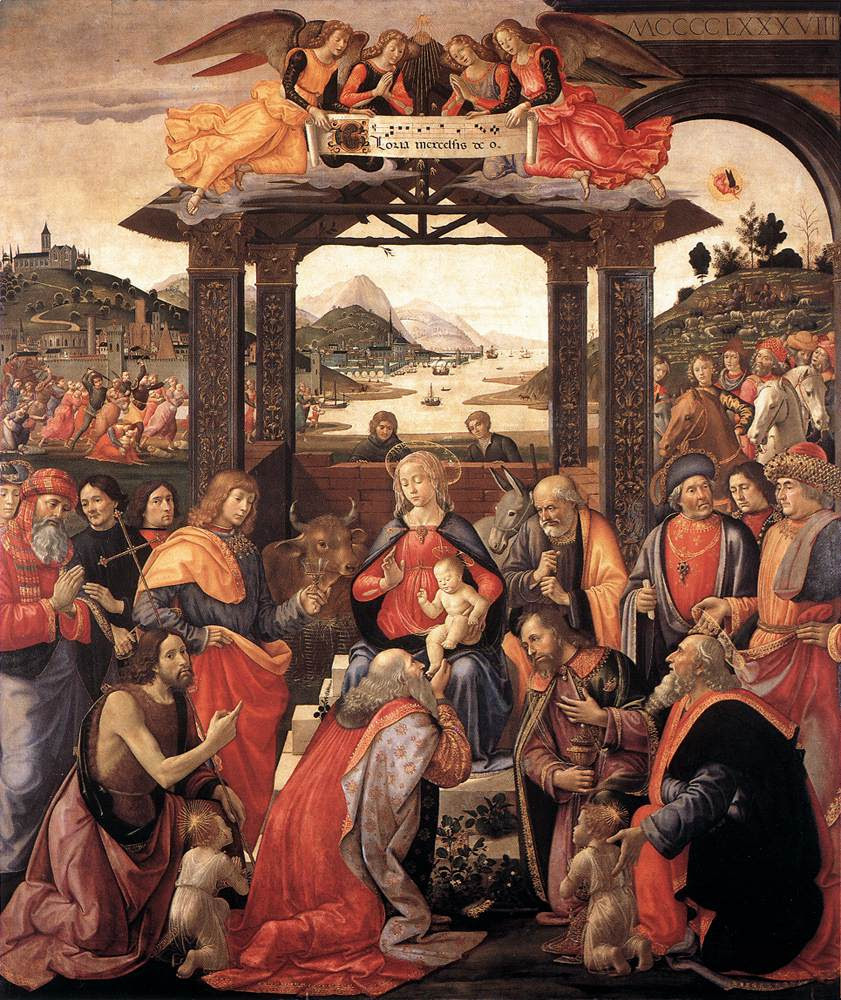 May the splendour of your majesty, O Lord, we pray, shed its light upon our hearts, that we may pass through the shadows of this world and reach the brightness of our eternal home. Through our Lord Jesus Christ, your Son, who lives and reigns with you in the unity of the Holy Spirit, one God, for ever and ever