Sunday 33B: Ready for the Lord's Day - Confirmations à L'Orignal - Offering a Gift to the Holy Father 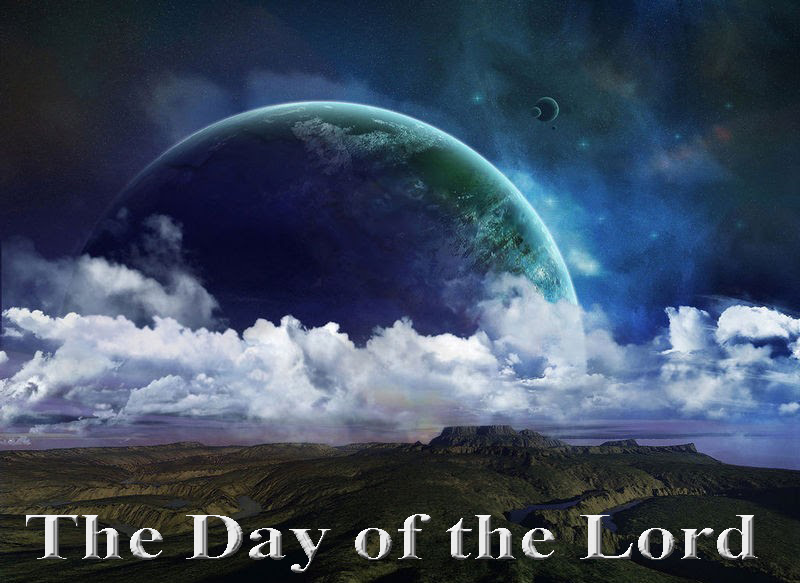 Occasionally, I have been asked to comment on a prediction someone has heard that the world will come to an end on such and such a date. Sometimes the person asking has taken a stand in favour of the prediction and marshals arguments in support of it. Or the individual begins to worry that he or she should give heed to the prediction “just to be on the safe side.”

Jesus' statement in today's gospel usually figures in my reply to such a question. Jesus lists those who are not “in the know” about the day and hour when God's saving plan will be brought to its fulfilment. No one on earth or heaven, “neither the angels in heaven, nor the Son.” The knowledgeable One is “only the Father.” Why this is so remains hidden in God's mysterious designs. Clearly, however, Christians ought to be suspicious when someone claims to have deciphered the date of the End.

The Bible addresses the issue of the end times with a variety of literary forms. The extended speech in which we find Jesus' sayings embedded—Mark 13—is known as the “Little Apocalypse” (the Great Apocalypse is in Matthew's 24-25). Now “apocalypse” is simply the Greek word for “revelation,” the “un-covering” of God's plan for the world's completion. The Book of Daniel is also an “apocalyptic” writing, one that reveals in visionary language the working out of the mysteries of God's will.

In the first reading, for example, there is an historical allusion to King Cyrus and a reference to “Michael, the great prince, the protector of your people” whom Daniel's readers would know as the archangel who serves with God's authority in the end-time conquest of evil.

In creation, God had brought order out of the chaos. In apocalyptic thought, the inauguration of a new creation (new heavens and a new earth are presumed in the assertion that “heaven and earth will pass away”) requires God's intervention through intermediaries. Anguish, turmoil and tribulation touching the human and cosmic worlds (“the sun will de darkened, and the moon will not give its light”) are stock motifs in apocalypses. Sinners and the righteous will be ranged on opposite sides. The battle will be difficult. Still, God pledges to send help to the faithful at the critical moment. Aid comes through the archangel Michael, whose very name (“who is like God?”) declares God's strength. In the gospel, angels will gather the Son of Man's elect out of the whole earth (“from the four winds”).

In the account of his vision, Daniel made a most extraordinary statement. It is the first and only clear reference to a double resurrection (of the wicked to shame and everlasting contempt, of the righteous to everlasting life) found in the Old Testament. Because good people who suffer affliction and die are deprived of their share in the covenant community, Daniel promises them restoration and vindication. As the just reward for their obedience to God the righteous are said in their future risen life to “shine like the brightness of the sky...like the stars forever.”

Jesus enlarged on Daniel's vision, foretelling his own resurrection and that of those who believed in him. New Testament authors reflected on Jesus' resurrection and its implications for believers.

The author of Hebrews says that Christ sat at God's right hand following his victory over death on behalf of sinners. Now Christ is “waiting” to extend that victory over death into the lives of his disciples. In Mark, Jesus describes this final event as the Son of Man's coming “with great power and glory.”

Whatever the terms used to describe it, Christ's Parousia—his coming in glory at the end of time—is not something to worry over. Instead it is something Christians keep looking forward to with patient hope, trusting in Christ's promise. For Jesus said, “heaven and earth will pass away, but my words will not pass away.” 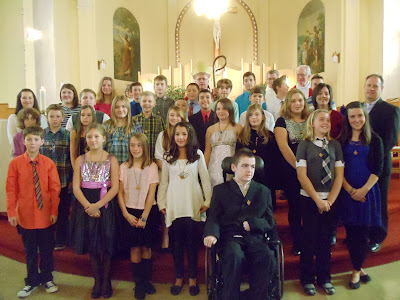 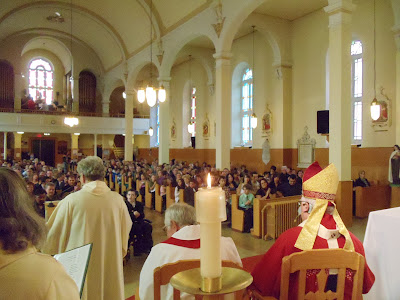 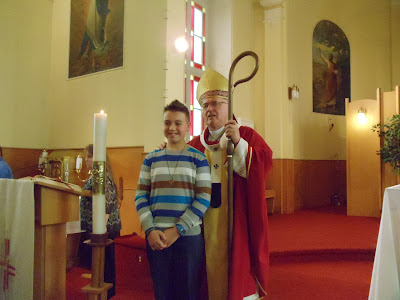 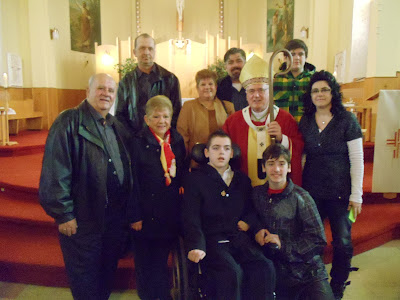 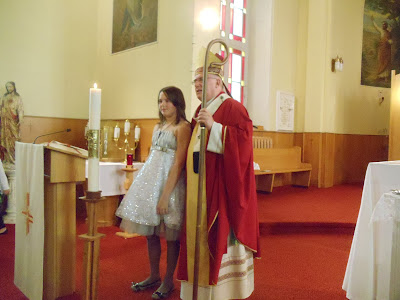 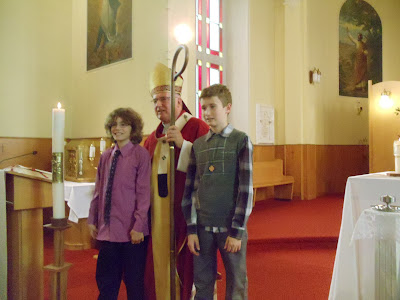 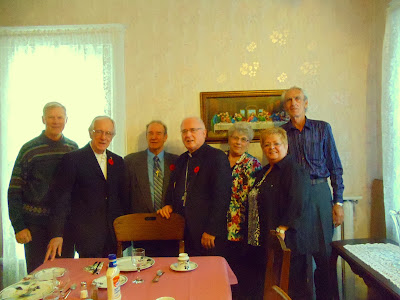 Canadian Delegation Thanks the Pope
for Saint Kateri Canonization

A delegation from the Canadian Conference of Catholic Bishops (CCCB) is in Rome, November 7 to 18, 2012, for the annual meetings with officials from the Holy See. The members of the delegation are the CCCB President, the Most Reverend Richard Smith, Archbishop of Edmonton, and the CCCB Vice President, the Most Reverend Paul-André Durocher, Archbishop of Gatineau. On Saturday, November 10, the two Archbishops were received by the Holy Father in a private audience.

During the audience with the Holy Father, the CCCB President presented him with a framed reproduction of the front page of the primary source document in the cause for the canonization of Saint Kateri. The reproduction had been specially framed by the Vatican Museum.

Archbishop Smith also gave Pope Benedict XVI a DVD of the new Salt + Light TV documentary, In Her Footsteps: the Story of Kateri Tekakwitha. The documentary premiered in Rome, October 20, as part of the vigil in preparation for her canonization on October 21. The gifts were presented by the CCCB President and Vice President to the Holy Father as a sign of the Conference’s deep appreciation for the canonization of the first Indigenous woman from North America.

Photo: Courtesy of L'Osservatore Romano Photographic Service
Posted by Archbishop Terry at 6:15 AM